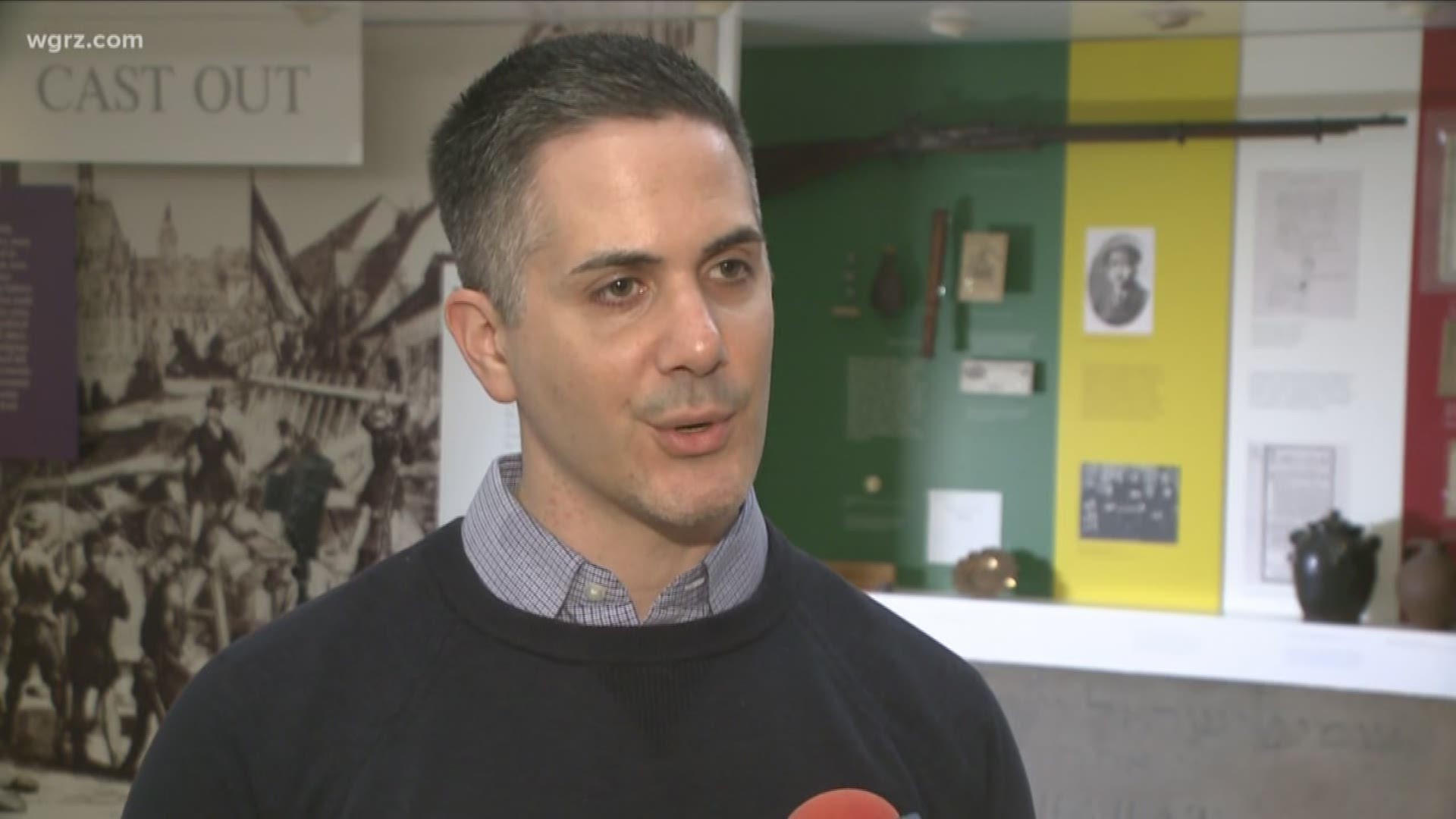 BUFFALO, N.Y. — It was a grand plan for Grand Island. In 1825, a diplomat named Mordecai Noah had dream of building a city of refuge for Jews around the world. This Anthony Greco of the Buffalo History Museum points out that this utopia was envisioned even before the City of Buffalo had begun it's growth, but the timing was crucial. "1825 is another key year in Buffalo history, because it marks the opening of the Erie Canal, and the location, the Whitehaven area of Grand Island, that proximity to the Erie Canal would have certainly benefited the settlement."

The movement began to take shape as he purchased land and a large dedication ceremony was even held on September 2, 1825 at St. Paul's Cathedral in Downtown Buffalo.The plan, as you know, never came to fruition, but the cornerstone that was made for the event remains, now housed at the Buffalo History Museum. Despite the fact that that dream died nearly 200 years ago, you can still visit Ararat, in a way, thanks to the creativity, technology and some of the minds here at the University of Toronto.

A graphic novel about the events captured the imagination of professors Louis Kaplan and Melissa Schiff to bring Ararat to life, using augmented reality to create a walking tour of what might have been. Their project, Mapping Ararat, created a map of the sites of an re imagined city of refuge, along with several pieces of virtual artifacts from postcards to currency.

But these things are just a small part of this project. The magic happens when you download the AR Layar app on your phone or tablet and then visit the sites. As you view the landscape through your phone's camera, Ararat appears before you. From the virtual port of entry, to the Noah's Ark Theme Park.

Mapping Ararat was unveiled 6 years ago, and they continue to lecture periodically about Ararat and the project. Professor Kaplan says that it was emerging technology that helped bring their dream to life. "It's a great medium, especially in historical recreations of things, or in our case, a recreation of something that never happened.It really is a blast for them to interact with the history, both real and imagined."