A decade-old hole in Canalside could be filled with ideas from the public. 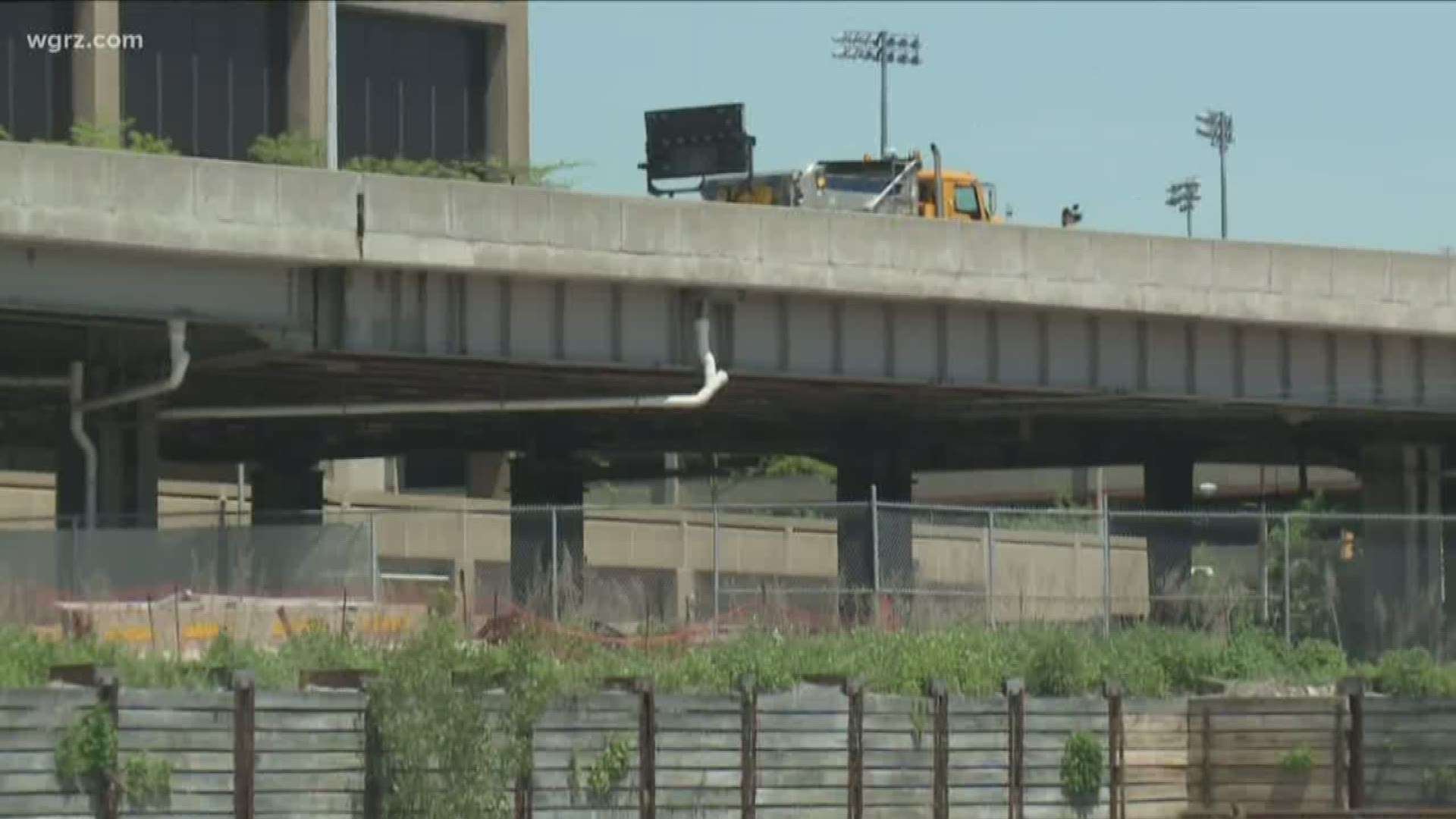 BUFFALO, N.Y. — The Erie Canal Harbor Development Corporation has announced an open house on Wednesday, to discuss the development of the North Aud Block at Canalside. The public is welcome to attend and have conversations with project organizers about the design, parcel layout, street changes and parking in the long-empty portion of the block.

"We are looking to reintroduce elements of the historic street pattern that once traversed the Erie Canal at what we now call the North Aud Block,"  said Erie Canal Harbor Development Corporation Chairman Robert Gioia in a press release. "With our consultants and based on stakeholder and community input we continue to refine our design ideas for the site."

Torn down in 2009, the site of the Memorial Auditorium block made way for the development of Canalside, and a resurgence of waterfront activity. The North Aud Block, however, has remained fenced off and for a decade.

The August 28 open house is the second public input session held by the ECDHC in 2019, the first happening in May.

RELATED: This month marks 10 years since the Aud was torn down

A year ago, Governor Andrew Cuomo announced $10 million in funding to transform the North Aud Block. The project aims to create mixed-use facilities and make improvements to underground infrastructure.

TY Lin International was selected by ECHDC to design, bid and provide construction management for the North Aud Block Project. TY Lin International is known for its design and project management of the Samuel De Champlain Bridge, in Montreal, Quebec, Canada as well as the new eastern span of the San Francisco-Oakland Bay Bridge.

The open house will be held at the Honda VIP Pavillion at Canalside from 5 to 7 p.m. The public is asked to enter via Perry St near Main St. A presentation will occur at 5:30 p.m. followed by a feedback and input session wherein the public is encouraged to participate.