Some lawmakers in Albany say the sport is just too dangerous for some of our youth. 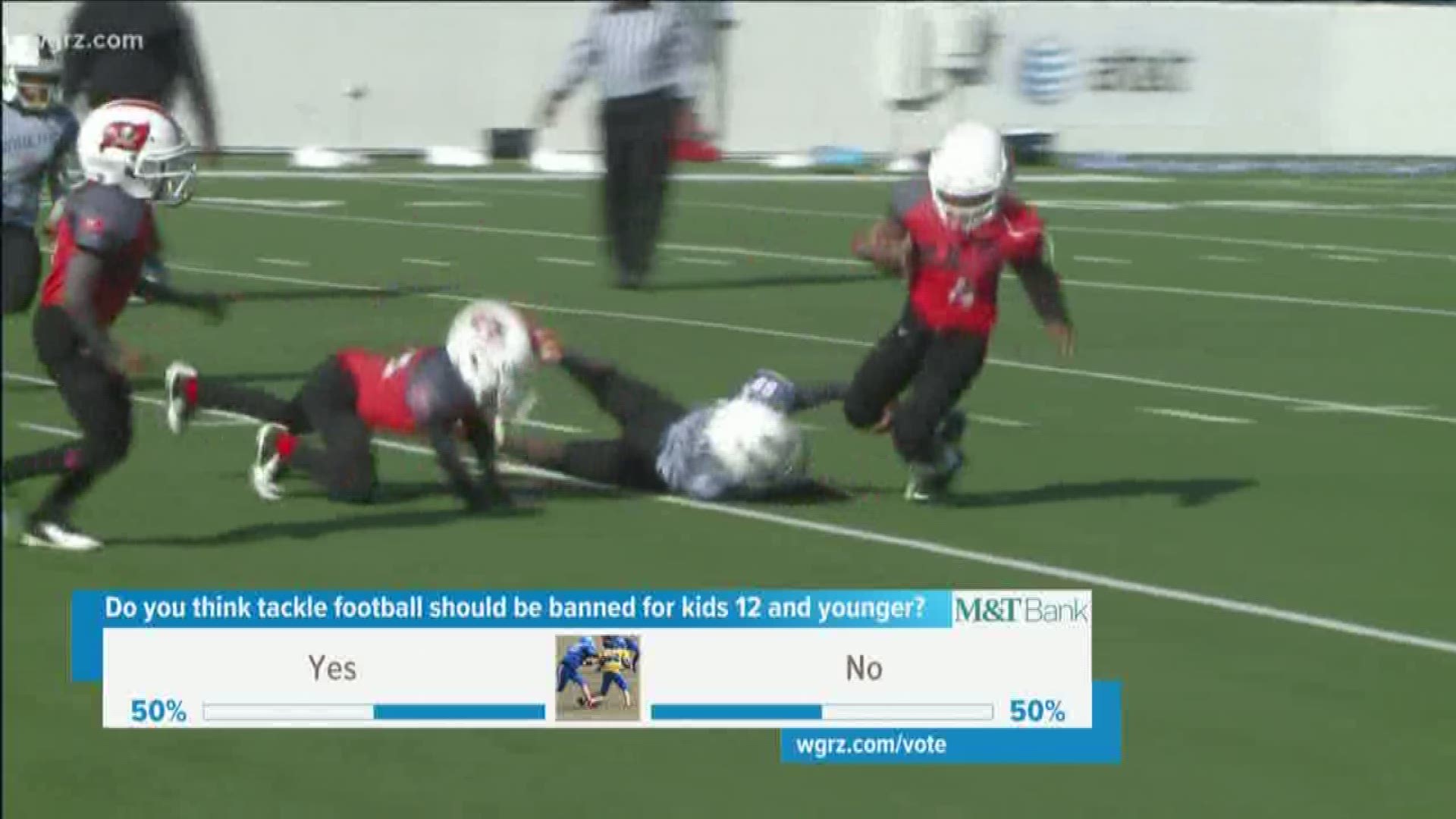 BUFFALO, N.Y. — From "Friday Night Lights" to "Any Given Sunday," the United States loves football. But, some lawmakers in Albany say the sport is just too dangerous for some of our youth and want to ban tackle football for kids 12 years old and younger.

Dr. Elad Levy is an independent neurosurgeon for the NFL who works at Buffalo Bills home games.

He's in favor of the ban.

But, those who have been around the game their whole lives and are trying to make the game safer feel it's an overreach.

"I don't know if that gets a kid ready to hit if they've never hit before and now they're going to be 14 years old playing high school football what's that going to do ultimately to those who do go onto play in college or pro football," said Ray Turpin, the president of the Niagara Erie Youth Sports Association.

Plus, he says there are a lot of programs already in place that teach safer ways to tackle, such as the football development model — a mix of fundamentals, flag football, and the use of progressively larger fields.

"It gives different pathways to the game and it teaches at an age appropriate level and a skill development level," Turpin said, "we're teaching kids how to tackle and block differently so they're getting the head out of the way so we're not leading with the head."

But some say they've already seen enough and that there's too much left to chance.

"There's always going to be incidental head contact in contact sports but if we can actually minimize the amount of head trauma they're exposed to while they're developing the adolescent brain that's how we protect our kids," Levy said.

This bill has been presented many times in the past and simply has not gained enough support in Albany. In order for any such ban to take place, the bill would need to be passed in the next legislative session, which begins in January.

RELATED: Should 12-year-olds be allowed to play tackle football? NYS lawmakers are discussing the idea again

RELATED: Kids light up in PSA that compares youth football dangers to smoking