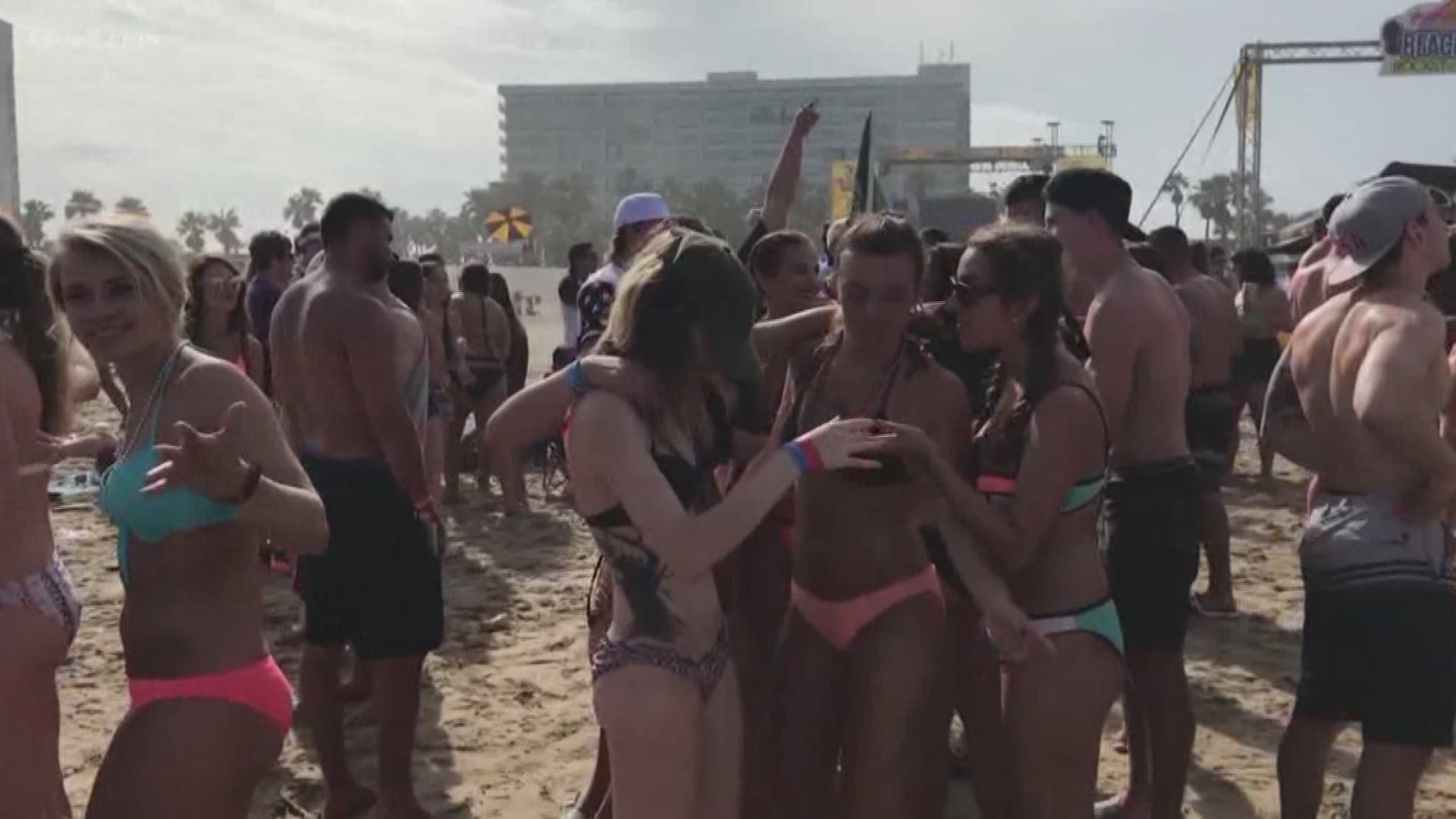 SOUTH PADRE ISLAND, Texas — Spring break kicks off in less than two weeks and city officials in one popular beach destination in Texas are already gearing up for a wave of tourists.

But in South Padre Island, Schlitterbahn’s Marketing and Sales Director Mike Bigelow says it's not all college, beach parties.

“Obviously we’re known for spring break to a lot of folks college-age, but there’s so much to do with the best beaches in Texas,” he said. “Plenty of quality restaurants, dolphin watches, pirate ships, of course Schlitterbahn. So, there’s a lot of things to do for people of all ages.”

That message may be reaching the right people.

SPI city officials are touting their success on their efforts to make it a safe and fun spring break destination.

Part of that has been the increase in law enforcement presence during those weeks.

“We do gear up almost four times as many altogether, if you count our partners,” noted SPI Interim City Manager Randy Smith.

Hotels and resorts like Schlitterbahn are seeing up to a 15 percent hike in bookings. Bigelow hopes that will snowball in the years to come.

“Come when you’re young and you’ll end up coming back when you’re a little bit older in college, and then you’ll return with your kids one day,” he said.

City officials also noted there were no deaths reported during spring break last year. They intend to keep it that way this time around.