What could happen with sexual harassment case against Gov. Cuomo 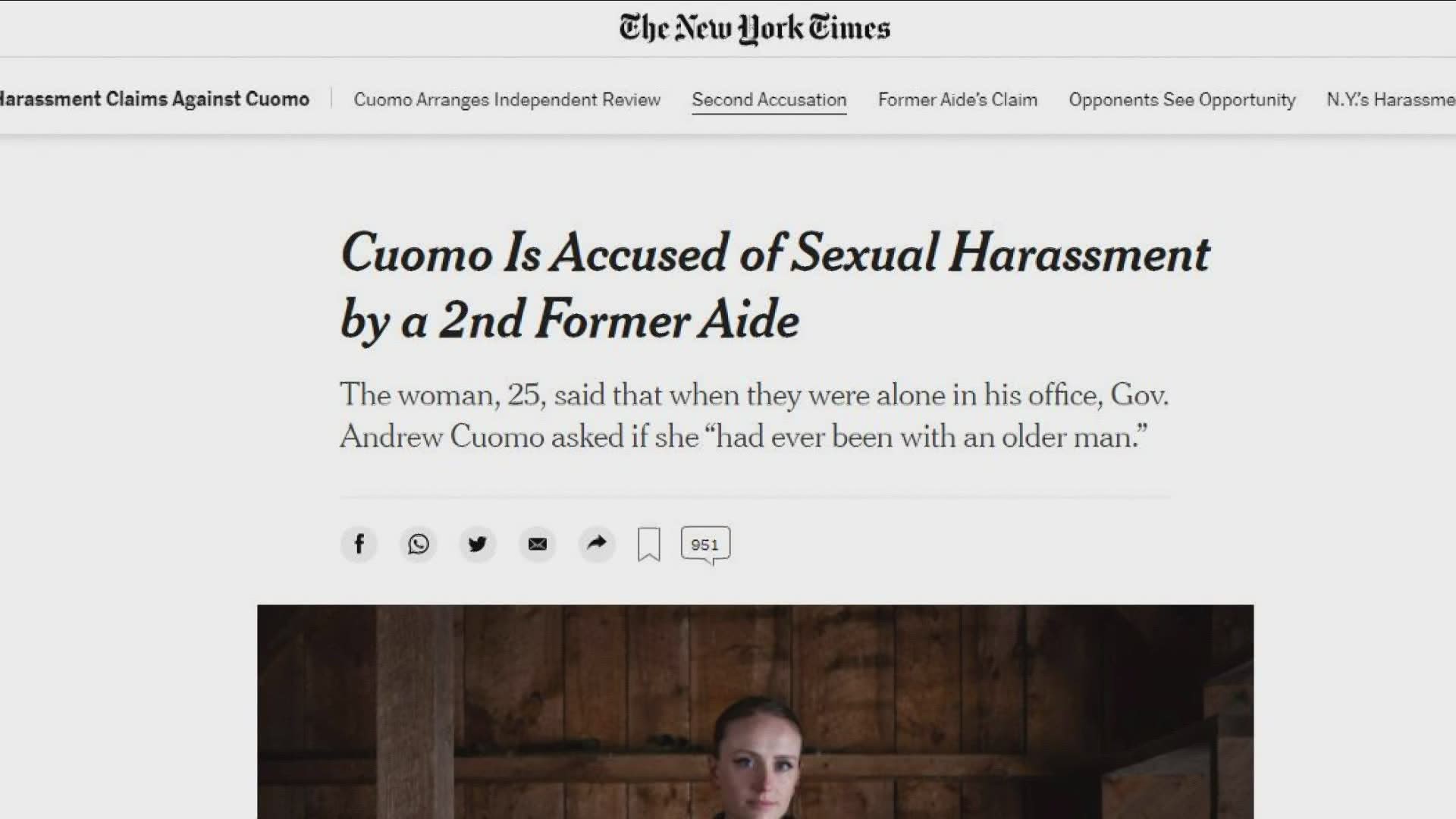 BUFFALO, N.Y. — As we await the start of the investigation into sexual harassment claims against New York Gov. Andrew Cuomo, we have some legal insight into what the governor might face and how the law works in these cases.

First off it's important and perhaps ironic to point out that New York's laws against sexual harassment were actually strengthened under Governor Cuomo with his 2018 Women's Agenda platform and his signature on a 2019 measure, which is seen by some to make New York State a leader in this regard.

It in essence lowered the bar for the victim to prove harassment with significant changes - the harassment could be "less severe" in its degree. Attorney Robert Boreanaz of the Lipsitz, Green, Scime, Cambria law firm says that in the past, "It had to have been pervasive over a long period of time for you to be successful. The new law eliminates that requirement and even an isolated or singular incident could be the subject of a lawsuit."

There are also now more protections for the victim against potential retaliation by an employer and more of a focus on how the victim perceived the alleged harasser's actions.

Now in this case involving the governor, the attorney general's designated investigators will be a selected independent law firm with subpoena powers and the ability to speak with the governor's executive staff and to gather possible messages or electronic records.

Those investigators will give their report to the attorney general to make a possible civil or criminal referral for action. Boreanaz says it can cross that boundary.

"In some facts and circumstances sexual harassment allegations could fall into the realm of potentially criminal conduct," Boreanaz said.

Or Attorney General Letitia James could go to the state legislature for sanctions if the allegations are found to be valid, and of course they could be found not to be credible.

That report will be made public, which if proven, could perhaps shame a public official in the court of public opinion into stepping down over harassment charges and face costly lawsuits. We have seen that with numerous officials in recent years. There have been plenty of cases in the state legislature and even Congress with sexual harassment claims. Some of them were handled by the various ethics committees in the legislature or the state's Joint Commission on Public Ethics known as JCOPE.

A former NYS Assemblywoman from Western New York was accused of harassing a male staffer in her office and retaliation against him and then opted not to stand for re-election. And at the national level a former male member of Congress from the Southern Tier was investigated for alleged groping and "tickling" of other male staffers.

While they can be fined in many cases, taxpayers have also had to pay up with claims against the government, which is deemed to be the workplace. For example $125,000 was paid by the state to settle such claims against former state Assemblyman Dennis Gabryszak.

While there have been some legislative efforts to make the harassers pay for the settlements, there is still the cost of an investigation for alleged harassment. And you may consider it as perhaps the ultimate "You Paid for It."

And it may not be just the state looking at a high profile politician as Boreanaz points out.

"When a public official uses his or her office to garner some influence over somebody in a sexual way that could run afoul of some other federal laws dealing with the abuse of a public office."

Boreanaz says federal authorities could also look for any potential evidence of an alleged cover up and corruption stemming from a sexual incident with a staffer. That was the case against former State Senator Marc Panepinto.

There is apparently no federal involvement in these particular harassment allegations against Gov. Cuomo.