Report: New York lawmakers could raise corporate, income taxes by $4.3B a year 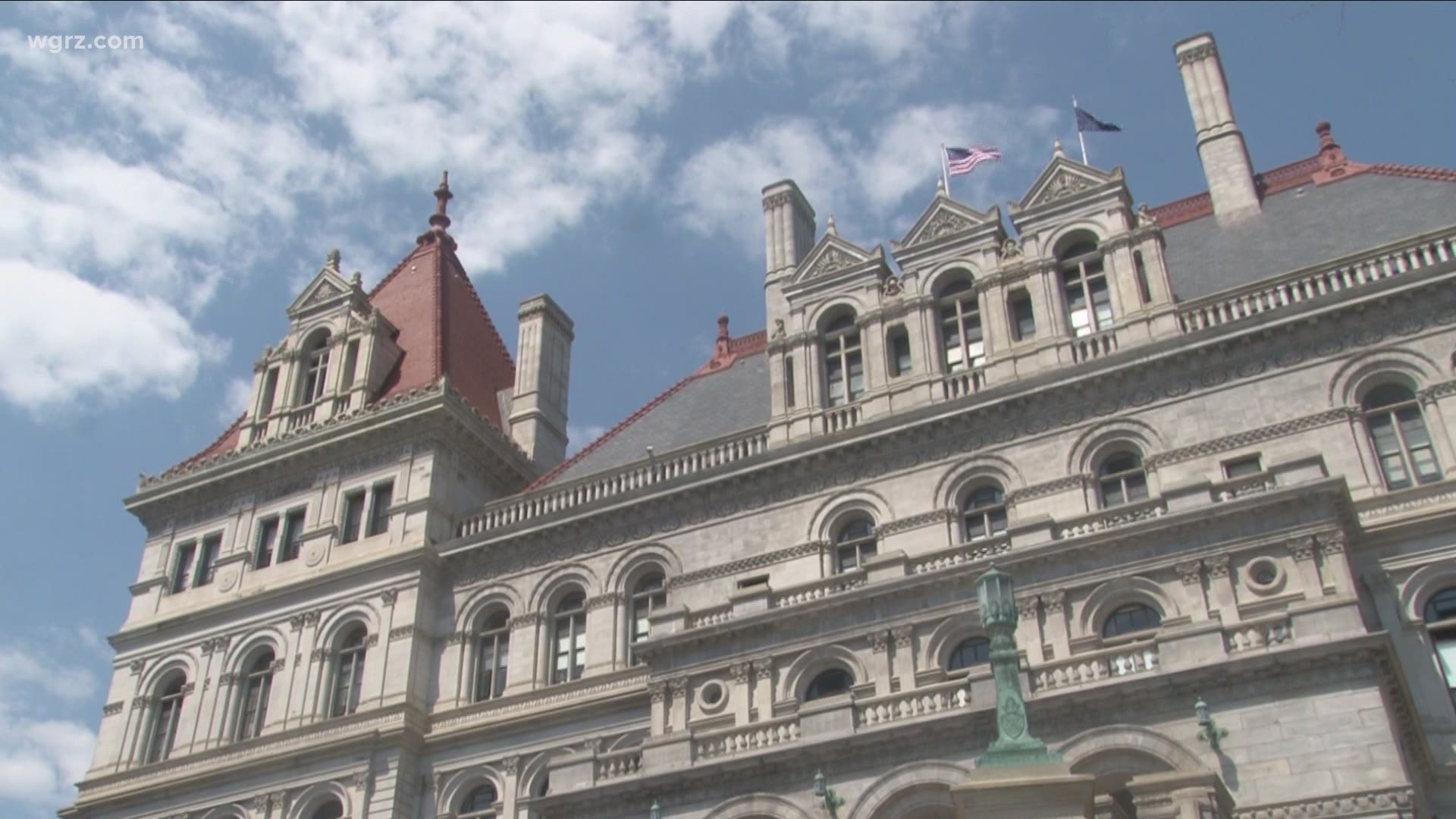 ALBANY, N.Y. — When the weekend began, among the biggest hang-ups that remained was just how much New York, already the highest combined tax state in the nation, was prepared to raise in additional taxes.

New York State lawmakers are working on a budget that would raise corporate and income taxes by $4.3 billion a year, according to a report by the Wall Street Journal.

Most of the state’s millionaires live in New York City, which has an additional income tax with a top rate of 3.8%, meaning those wealthy individuals would face a combined state and city income tax of between 13.5% and 14.8% under the new plan.

Gov. Andrew Cuomo had expressed concern that taxing the uber rich further would drive more of them to leave the state.

However, mired in a myriad of scandals, and facing an impeachment inquiry, he may not have the same clout he once did over a legislature that currently has a veto-proof super majority.

“We’re flush with cash because of the feds, and it just makes no sense," Morinello said.

He also questioned the spending of the state’s COVID relief dollars on programs that will still need to be funded after pandemic aid expires.

“There’s no sustainability for next year, and then where are you going to get the money?" he asked.

Sports betting is another sticking point in the state budget, something which the state estimates could bring in another $500 million annually if approved.

New York lawmakers and the governor missed a deadline to have a budget in place by Friday, but elected officials will have to act soon to make sure that tens of thousands of state workers get their paycheck on time next Thursday.

About 39,000 New York State employees who currently work in health care and correctional facilities and other state institutions have a payday coming up on April 8.

Meanwhile, there has been reported a split among majority Democrats on the so-called Excluded Workers Fund.

The controversial proposal would have the state provide $2 Billion in new spending for those who those who entered the country illegally and remain here, and who, due to their immigration status, were not eligible to get federal stimulus checks or unemployment benefits.

Republican Assemblyman Steve Hawley of Batavia stated, "In this unprecedented time of need, as thousands of families struggle to keep the lights on and put food on their tables, we shouldn’t be spending billions to help people who should not be here in the first place. Rewarding those who ignore our laws will only further erode the rule of law in our state. In doing so, we would disrespect all who come to our nation legally, as well as those who otherwise live here lawfully but are still struggling to make ends meet."

"Democrats are working to give a $2 billion taxpayer-funded giveaway to illegal immigrants and convicted felons," he said. "As New York families and businesses fight for their physical and economic wellbeing, Democrats are raising taxes and using your federal stimulus dollars to enact a radical agenda rather than helping veterans, small main street businesses, teachers and senior citizens … and in the process they are hurting those New Yorkers who have yet to receive unemployment benefits since the beginning of this pandemic and long-awaited stimulus relief.”

The Fiscal Policy Institute estimates that 274,000 people would benefit from the excluded worker fund in the course of the 20 months from March of 2020 to December of 2021, including 87,000 people leaving incarceration and 187,000 undocumented immigrants. The amount those individuals receive could be up to $28,000 each.

“By raising your taxes and spending your federal stimulus dollars to give up to $28,000 each for inmates and illegal immigrants, Albany once again displays the worst set of priorities,” Ortt said.

However, the measure does not have the support of several members of the democratic party who control the legislature.

“And that’s one of the fights they are having," Morinello said.