Cuomo spoke Tuesday about a proposal to allow teachers to report troubled students to the courts to keep guns from them. 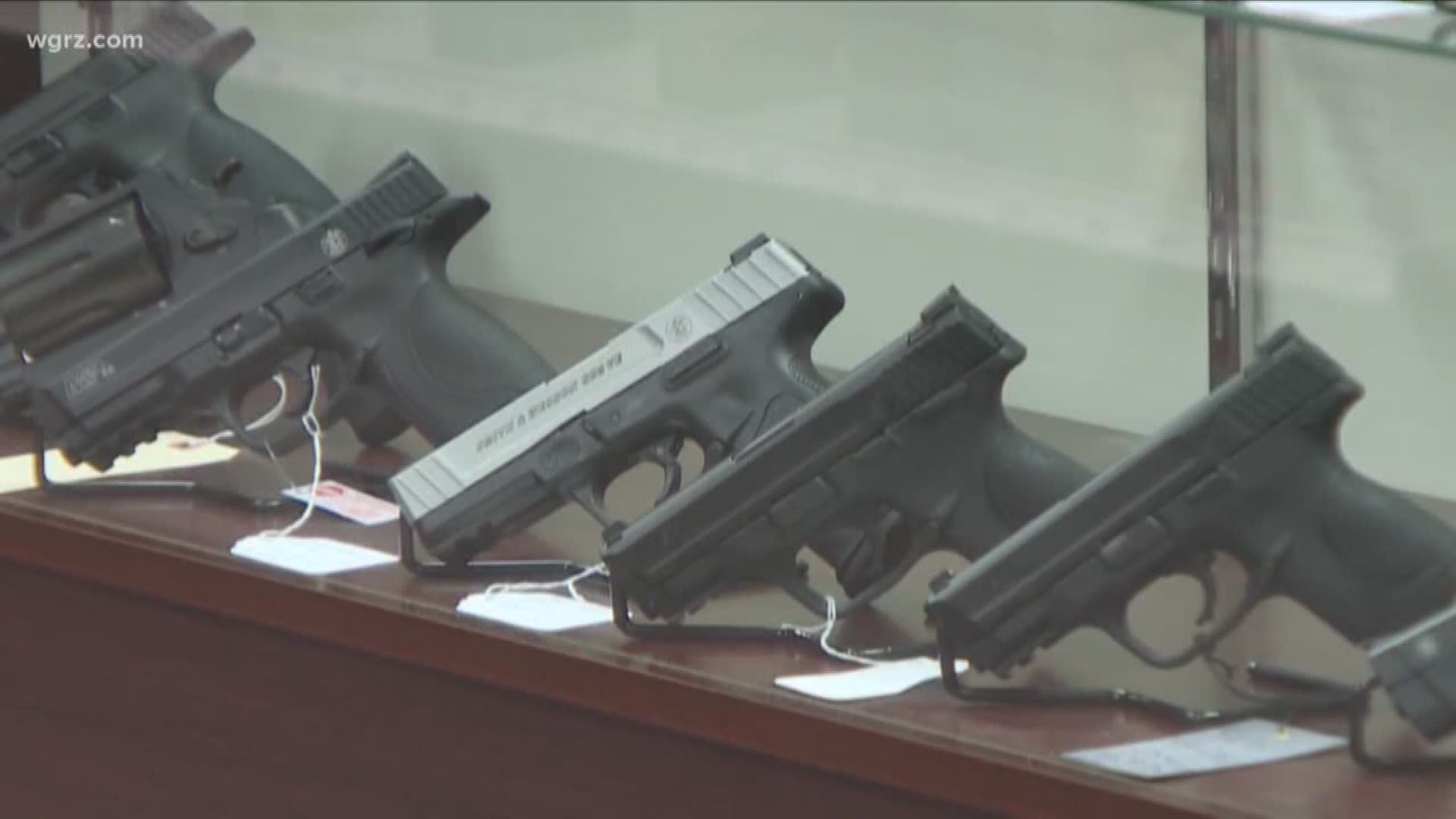 ALBANY -- New York may allow teachers to report troubled students to a judge to ensure they do not have access to guns.

Gov. Andrew Cuomo on Tuesday proposed a law — the "red flag bill" -- that would give teachers and administrators the ability to file a petition with the courts to keep guns away from students who appear to pose a safety risk.

"This bill, if it passes, would be the first bill in the United States of America to give a teacher this recourse and this solution," Cuomo said at a news conference in Manhattan.

The measure comes amid the surge in school shootings across the nation and as gun-control advocates press for stronger laws in state and in Washington.

But the bill faces an uphill battle in the Republican-led Senate with just two weeks left in this year's legislative session.

New York prohibits the purchase of firearms by anyone under 18, but for students younger, the measure could allow a judge to order a family to take additional steps to keep the guns away from their children, Cuomo said.

"If you have a young person in a home with guns in it, a judge could limit the access to those guns in the house," Cuomo explained.

Under current state law, a court can order firearms to be stripped from a person through a temporary order of protection.

But that can only happen during a criminal or family court proceeding.

So state officials said New York has no law that can allow a court to seize firearms from a person not already involved in a court case.

The proposal would allow police, family members and teachers — as well school administrators, guidance counselors and other licensed school professionals — to petition the court if they believe a person is a threat.

The judge would then decide whether to issue an "extreme risk protection order."

Leaders of teachers' unions praised the bill, saying it would provide another avenue for schools to try to protect their staff and students.

"This is the kind of commonsense proposal that would actually help schools and help teachers and help kids," said Randi Weingarten, president of the American Federation of Teachers.

"When a nation loses more students to gun violence in a year than service members in combat, it’s time to act."

Republicans in the Senate have not supported Democrats' recent measures on gun control, and even Cuomo doubted Republicans would support his latest plan.

Cuomo had already proposed extending the background-check waiting period to buy a firearm from three days to 10 days. Last month, he said the age to buy a firearm should be raised from 18 to 21.

Republicans, meanwhile, have wanted laws that include funding to add resource officers in schools.

There was no immediate comment from the Republican-controlled Senate to Cuomo's plan.

Cuomo said if the gun-control measures weren't approved before session ended June 20, the bills would become a campaign issue.

Republicans are clinging to a one-seat majority in the Senate with the help of a Democrat who sits with the GOP, but one member is away on active military duty.

"And I think they would not support the bill now."

Destiny Overton just graduated from Mount Mercy Academy. She says this bill is a good idea. Overton felt safe at her school, but after the Parkland shooting she says things changed for a lot of students.

"It felt like we didn't know if we were safe at our school because we felt like even though it happened in Florida at the Parkland shooting, it could happen anywhere," says Overton.

Despite more school shootings happening after Parkland, Overton says she is trying to stay positive about a future where students will no longer have to worry about violence happening at school.

"I am hopeful, but unfortunately at this time I don't know. It's hard to say because once you think it's over, another shooting has occurred. So you can have hope, it's just how long are you going to be able to keep that hope," says Overton.