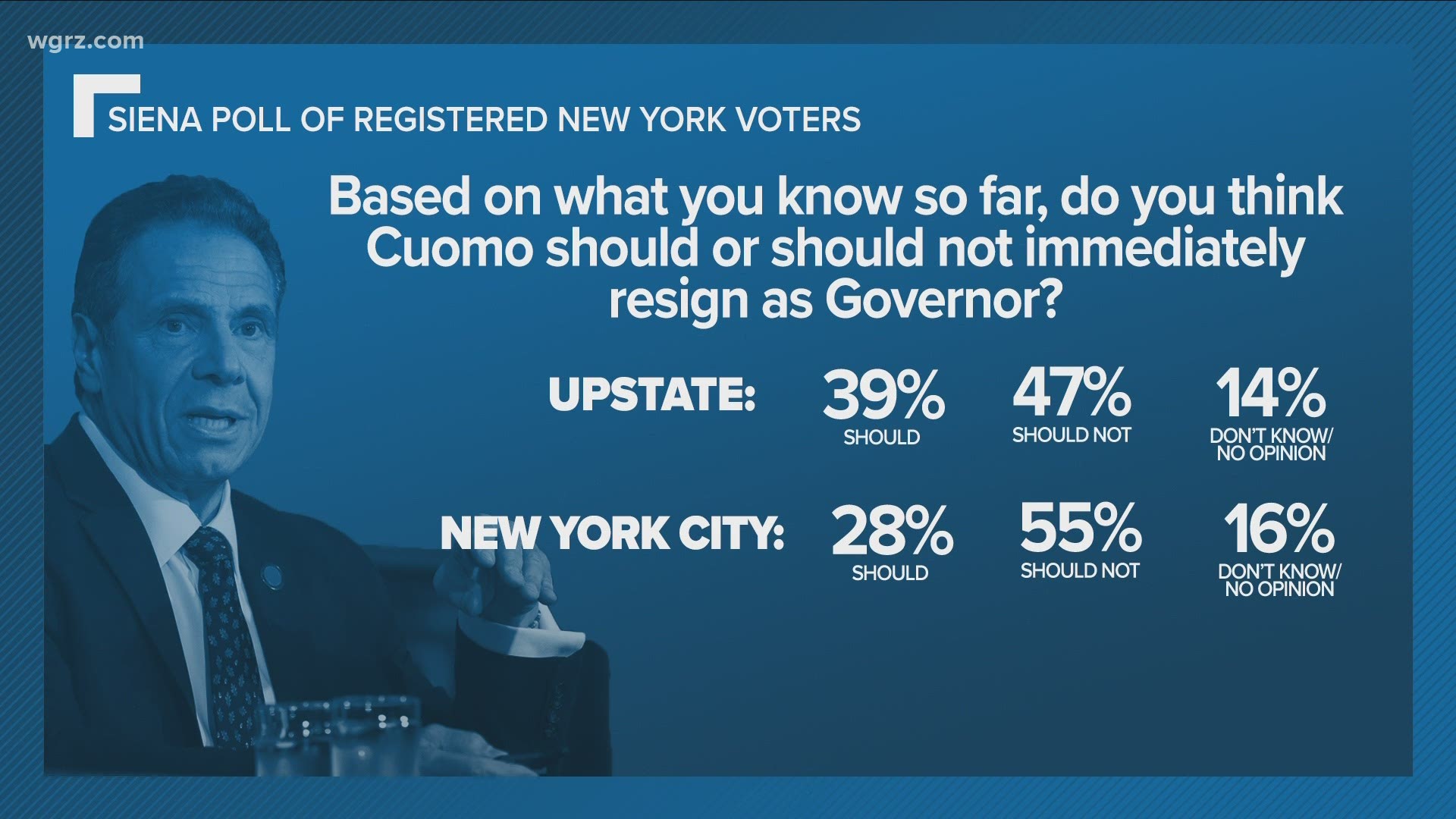 ALBANY, N.Y. — Despite the growing calls from leaders around the state and in Washington that Governor Cuomo resign, a new poll suggests most New York voters don't support those calls.

Siena College polled 802 voters between March 8th and 12th, and 50 percent said the governor should not resign immediately. 35 percent said he should with 15 percent undecided or having no opinion.

Thirty-five percent responded that they believe Governor Cuomo has committed sexual harassment, while 24 percent say they don't think he has.

When it comes to next year's election, 34 percent say they would vote to re-elect Cuomo. Fifty-two percent told Siena College that they would prefer to vote for someone else.

The governor got higher marks when it came to his handling of the pandemic - 60 percent said they approve how he's handled the virus compared to 33 percent who disapprove.

Cuomo has faced at least six allegations of sexual harassment or inappropriate behavior over the past few weeks, some coming from former aides. Governor Cuomo denies the allegations and says he will not resign.

You can see the full results  here: