But the Southern Tier Congressman, who vowed that new leadership is coming to Albany 'soon' stopped short of saying whether he would run for governor. 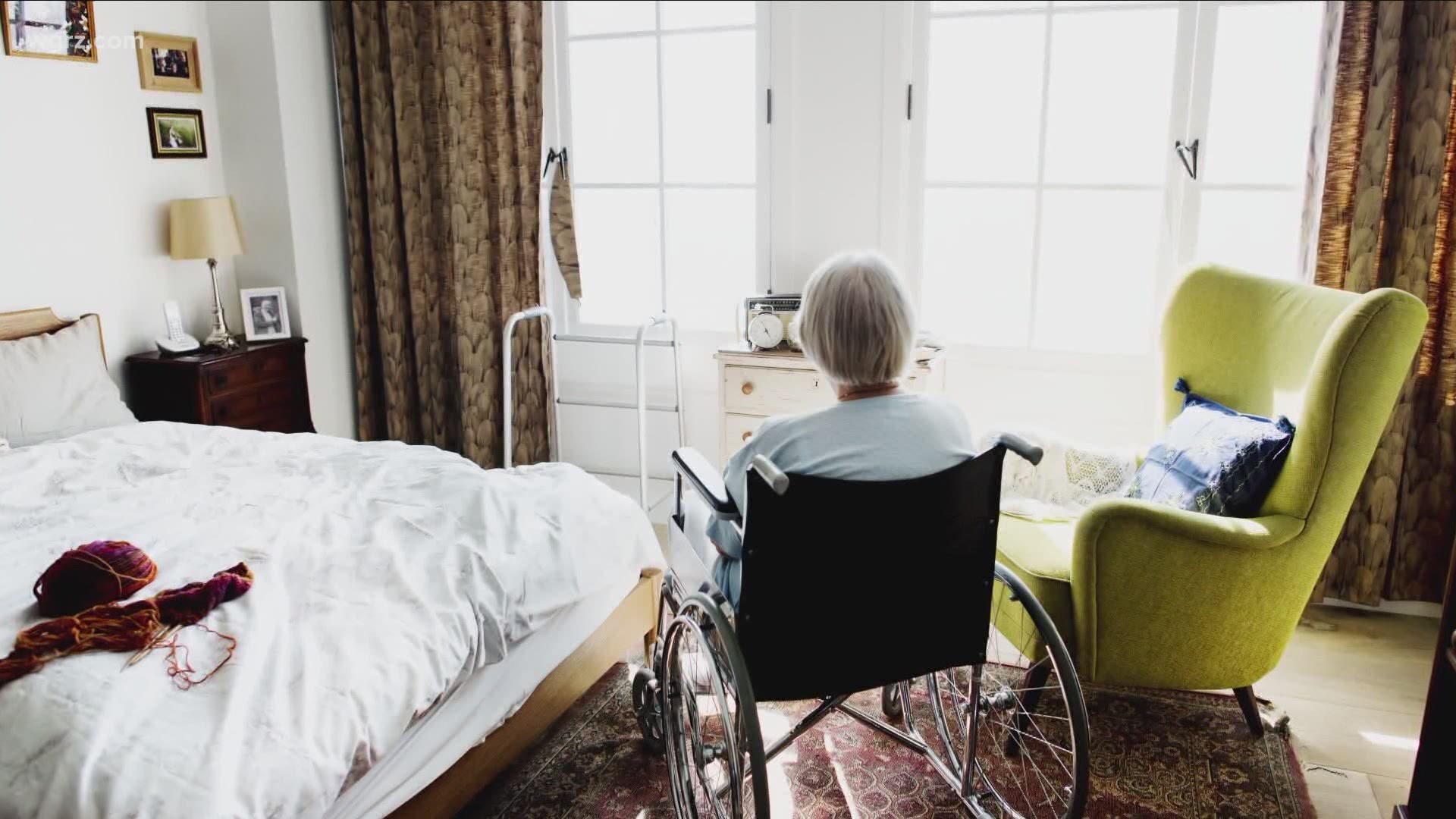 BUFFALO, N.Y. — U.S. Rep. Tom Reed (R-NY 23) said he was “disgusted” by a statement sent out by a representative for Governor Cuomo, after Reed and other republican members of the state’s congressional delegation announced their intent to ask the U.S. Department of Justice to launch an investigation into the state’s handling of the COVID-19 crisis in nursing homes.

New York State Attorney General Letitia James released a report last week on the state's response to COVID-19 which found that, among other things, the New York State Department of Health's data undercounted COVID-19 related deaths in nursing homes by perhaps as much as 50%.

On Wednesday, Reed and others called for Governor Andrew Cuomo, NYSDOH Commissioner Dr. Howard Zucker and Secretary to the Governor Melissa DeRosa to be subpoenaed regarding the AG’s report.

In a statement sent to WGRZ-TV in response, Senior Advisor to Governor Cuomo Rich Azzopardi said:

"It's no surprise this QANON Trump puppet, his treason caucus, and their friends want to talk about anything other than the approaching one-month anniversary of the Capitol insurrection that they helped foment and resulted in the death of a police officer. It's a naked ploy and New Yorkers see right through it. Maybe someone should investigate what he and the rest of the Trump enablers knew about the organizing and planning of this riot."

Asked to respond to Azzopardi’s statement, Reed paused for a moment and said, “Disgusting. A complete lack of leadership, and I would expect no different from Governor Cuomo to engage in such despicable rhetoric and he should be ashamed of himself.”

When asked by 2 On Your Side’s Dave McKinley who Reed was talking about in terms of bringing leadership to Albany, Reed replied, “That’s all I’m going to say.”

.@RepTomReed To @NYGovCuomo : "Governor Cuomo, your days are numbered and there’s leadership coming to Albany very soon." (But he would not say if he plans to run for Gov. of NY next year) @WGRZ pic.twitter.com/049PtuP0YY

It has been speculated in political circles that Reed may seek the Governorship in 2022, and Reed was reminded by another reporter in a follow up question, that he had said that representatives in Congress should only serve six terms in office. Reed is currently in his 6th term.

Asked if he was planning to make a move toward another office in 2022, Reed said for now he is focused on serving on Congress.

“Where the political future takes me it will take me,” said Reed. “I will leave it to the public to make the decision as to where my future goes. It’s up to the people to decide my political fate and I respect their judgement.”

Reed was also asked if he felt that he could realistically expect the Justice Department to pursue an investigation given that Joe Biden is now President and that Biden has been closely aligned with Governor Cuomo.

“I do, because President Biden’s administration came into office and said he would run a transparent process and that the Justice Department would be independent and would follow the facts,” said Reed. “What we want is a fact-based investigation for the souls that were lost as a result of the decision making that occurred under Governor Cuomo’s orders.”

Reed was speaking in reference to a Cuomo administration order in late March, just as the pandemic began to take hold in New York,  and after the nation's first major outbreak of Covid 19 at a nursing home in the state of Washington where 34 residents died.

Despite evidence that nursing home patients were extremely susceptible to dying from the virus, New York State ordered that its nursing homes had to take in patients from hospitals, regardless of whether they had Covid-19, and further prohibited nursing homes from even testing those patients prior to their admission.

The AG's report suggests there may have been more than 6,000 such patients admitted to nursing homes before the state rescinded the order in May, and that this could have led to thousands of nursing home deaths.

Minority republicans in the New York State Legislature have also been calling for their colleagues who are democrats, and who hold a super majority at the state capitol, to exercise their subpoena powers and launch an investigation.

However, they may not have to wait for some of the information they seek

A judge on Tuesday ordered the Cuomo administration to release details on COVID-19 deaths in nursing homes, after the state was sued by the Empire Center, a think tank which sought the data under the state's  Freedom of Information Law.