Golden supports the abuse of power charge but not obstruction of Congress. 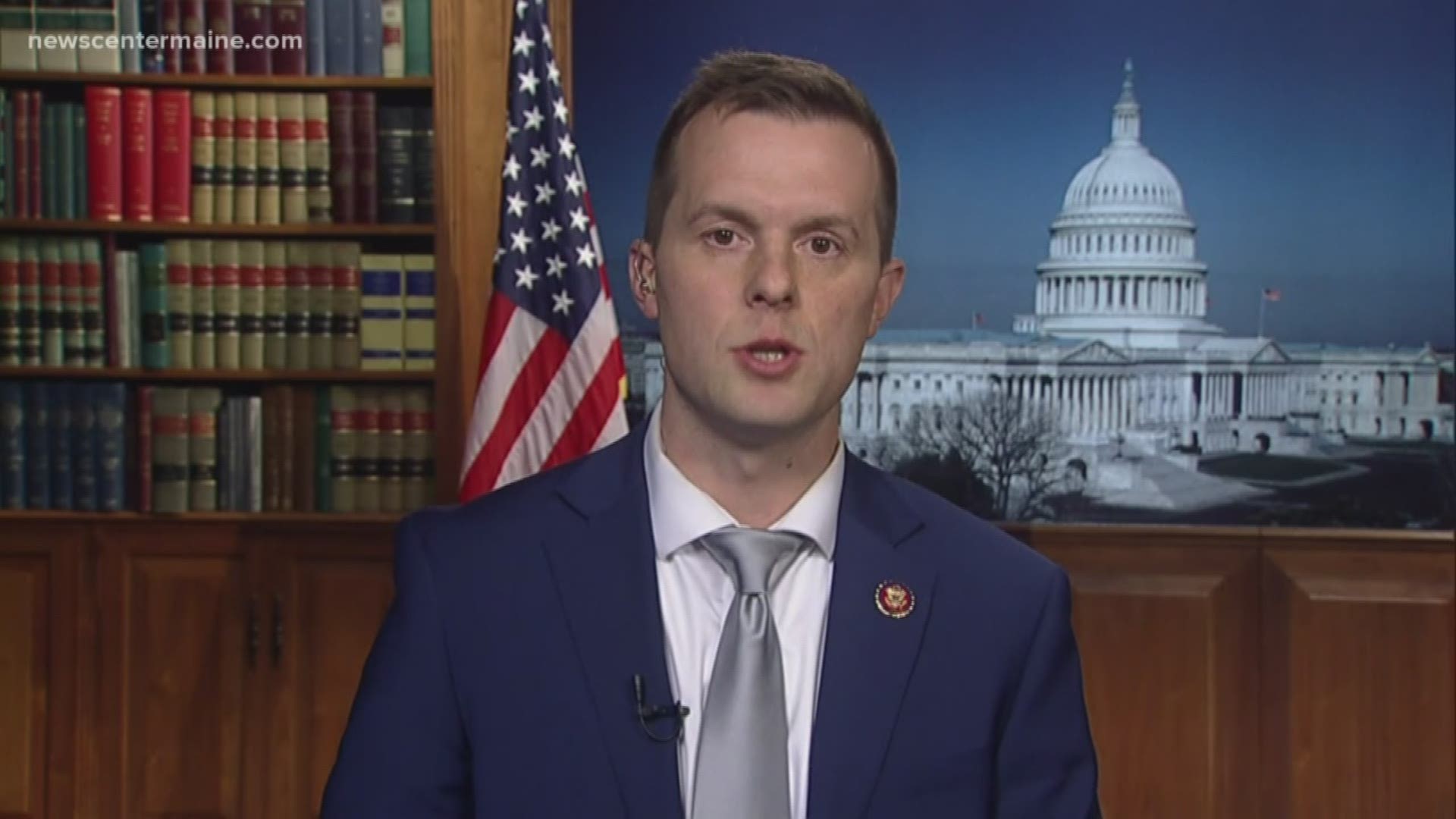 WASHINGTON — Representative Jared Golden said he will support the first article of impeachment, abuse of power, but will not support the second article, obstruction of Congress.

Golden told NEWS CENTER Maine he read the depositions, watched the hearings and investigated the history of the constitution to craft his response.

“Ultimately what I have found is that there's indisputable evidence that the president has asked the Ukrainian president to engage in an investigation, a politically motivated investigation based upon false accusations in order to damage a political opponent. In this case Joe Biden,” Golden said. “I believe it's very clear that the founding fathers were scared of this very thing, that someone in the position of the presidency would abuse his office in an attempt to win an election by attacking his political rivals."

In thinking about the charge of charge obstruction of Congress, Golden said officials could have used the courts instead of congressional authority to issue subpoenas to try and settle the disagreement about executive privilege.

“This is not something that I enjoy at all, but I do think it's necessary to protect the well-being of our country and to protect our coming 2020 presidential election,” Golden said.

Golden said he knows people are going to wonder about his own political motives in this decision but said he put those aside.

“I've tried so hard to look at this from the perspective of the other side. and I've come to the conclusion that the evidence is clear, there's no doubt in my mind that it was wrong, that it is in fact impeachable. So I'm not going to worry about what the Senate may be likely to do based upon politics. I think every United States senator is going to have an obligation to look at the facts the same as I. And I think that in this regard the facts are quite clear.”

Since Golden's decision went public, others have issues their own response.

"We elected Donald Trump to root out corruption and Drain the Swamp — and his only crime is following through on that promise," Brakey said in a press release.

"Simply put, Jared Golden is putting manufactured D.C. drama ahead of his own constituents," Maine Republican Party Chair, Dr. Demi Kouzounas said. "It’s clear that Golden has no interest in being the voice of a district that overwhelmingly voted for President Trump."

"Unfortunately Jared plans to betray the Maine people in his pro Trump district. The impeachment inquiry has not only been an attack on our President; it has been an attack on his pro-economy, pro-jobs, pro-growth policies, and Republicans across the country," Dale Crafts, former member of the Maine House of Representatives, said.