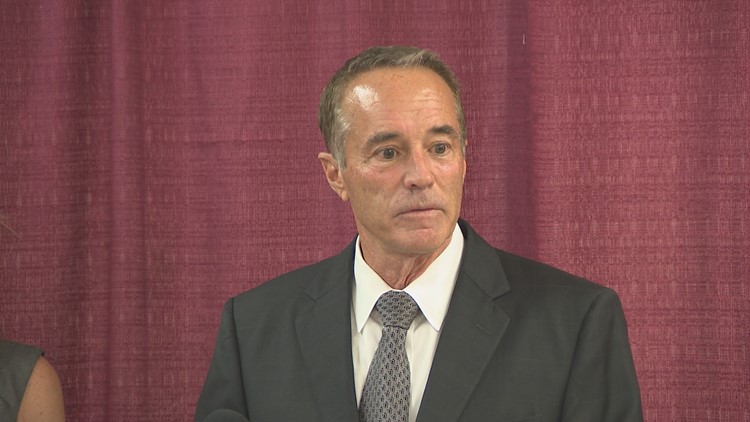 BUFFALO, N.Y. -- In his latest filing with the Federal Election Commission, Congressman Chris Collins reported just under $33,000 in campaign contributions in the latest quarter, a sharp drop from his previous fundraising levels. During the previous quarter, he brought in more than $105,000 in contributions.

A decline was expected, since Collins' re-election campaign was suspended for a good portion of the 3-month period covered in this latest report, which goes from July 1 to Sept. 30.

Collins was arraigned on federal charges on August 8. Although he initially suspended his re-election campaign and said he would cooperate with efforts to replace him with another Republican on the ballot, he re-started his campaign last month.

His new filing shows only three individuals within the 27th Congressional District donated to the Collins campaign after his indictment. The total from those contributions was $80.

Most of the money Collins raised in the latest 3-month period came from Political Action Committees, although only one donated after the indictment: the Pharmaceutical Research & Manufacturers group gave Collins $1,000 in late Sept.

"Let me get this straight: Chris Collins sat on the board of a drug company, then conspired to make sure he didn't lose money when a drug trial failed, then lied about it to the FBI, then decided he'd run for re-election because his lawyers thought it would keep him out of jail and now the only financial support for his campaign comes from pharmaceutical special interests?" McMurray said in a statement. "If it wasn't so shameless, it would be unbelievable."

Despite the recent fundraising obstacles, the Collins campaign still had $1,024,002.29 cash on hand at the end of the filing period.

The majority of the more than $350,000 that Collins spent over the past 3 months was for television ads. However, there were several expenditures that stand out.

The campaign paid nearly $8,000 to Monarch Air Group on August 8, the same day he was arrested. That suggests the Congressman charged his campaign contributors for a private plane to fly to and from Manhattan, where he pleaded not guilty to the criminal charges against him. A Collins spokesperson wouldn't explain that expense.

The campaign also spent more than $2,500 on fundraising events that happened while the campaign was suspended, including a $168.94 lunch at the private Capitol Hill Club and a "fundraising event" at Giancarlo's in Williamsville that cost $2,362.83, according to the filing.

Based on the timing, it does not appear those events resulted in any campaign contributions, and the campaign wouldn't say why Collins held fundraising events while his campaign was inactive.

Finally, there are questions surrounding payments to Washington, D.C. law firm Baker Hostetler, where Collins' defense attorneys work. The Congressman said he would not use campaign money to pay legal expenses related to the criminal charges against him. So it's unclear why his campaign paid more than $9,000 to that law firm a month after the arraignment. Once again, the campaign refused to comment.

There's no evidence any of these expenditures would violate the law or ethics rules. While using campaign funds for "personal use" is prohibited, critics have long complained the law has too many loopholes that allow candidates too much leeway in how they spend the money.

Despite 2 On Your Side's repeated efforts, the Collins campaign would not comment for this story.

As of Monday evening, the McMurray campaign had not filed its quarterly report, which is due by the end of the day. Once filed, 2 On Your Side will also go through that filing -- line by line -- just as with the Collins report.