Both elected officials filled positions with people well known in their own political circles. 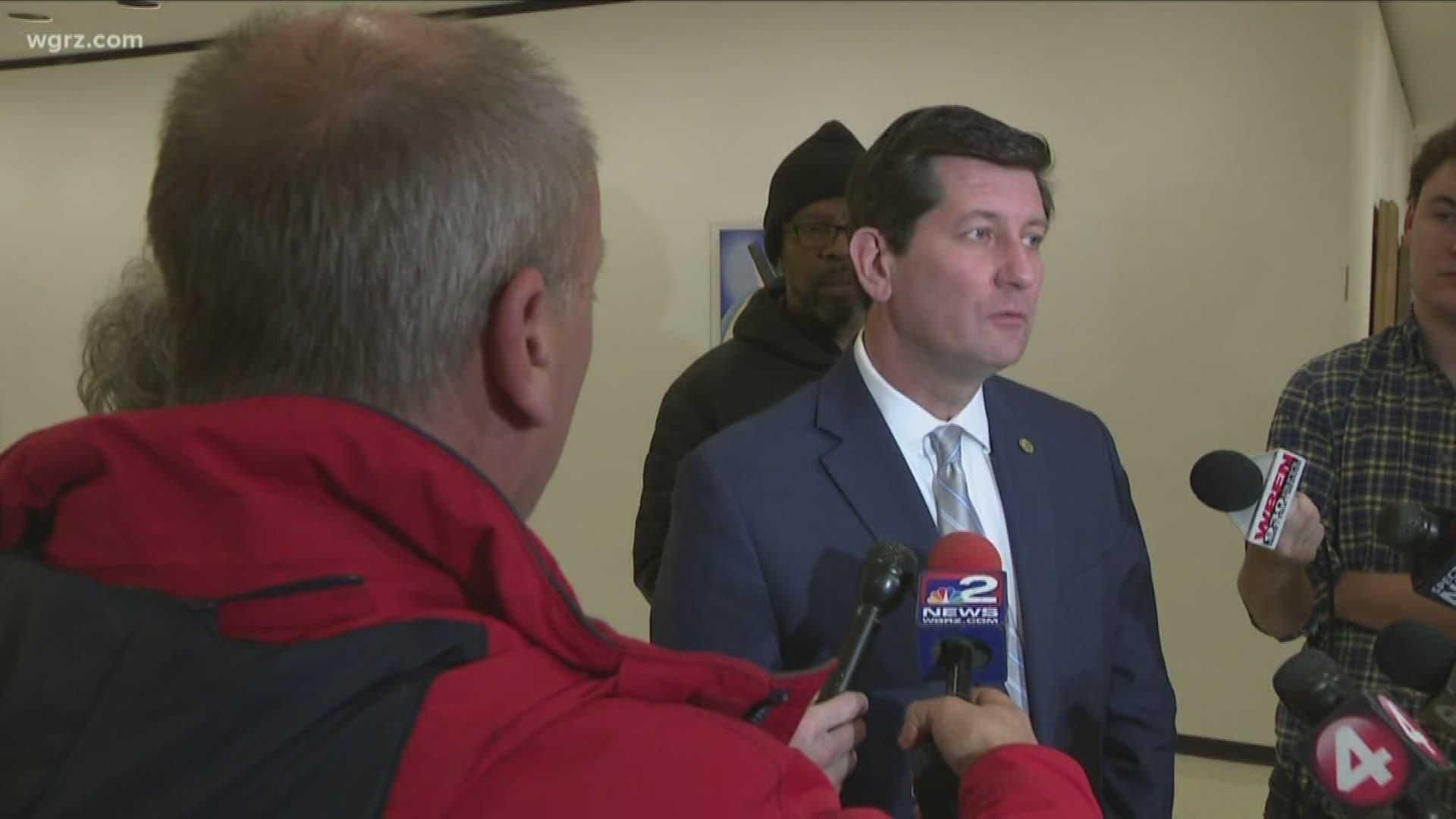 BUFFALO, N.Y. — Here in Western New York, political patronage unfortunately is quite common, and some recent hires in local government show politicians once again hiring people of their own party.

We have tough questions for both Erie County Executive Mark Poloncarz and County Comptroller Stefan Mychajliw, who have both made questionable hires.

"We shouldn't fill government jobs in this way," said Paul Wolf, the president of the Buffalo Niagara Coalition for Open Government.

We start first with Poloncarz, who did not do an interview with 2 On Your Side.

He just appointed former Lackawanna Mayor Geoff Szymanski to be Erie County director of Workforce Development at a salary of $87,000. Szymanski will also lead the Buffalo and Erie County Workforce Investment Board.

Poloncarz and Szymanski are both Democrats, and Poloncarz is a Lackawanna native.

Instead of speaking to us, Poloncarz has sent out a statement saying that Szymanski has a lot of government experience and a Master's degree in Public Administration from Buffalo State.

"Is Mr. Szymanski the best-qualified individual? He may be but how will we ever know what other resumes was he compared to what other interviews were conducted," Wolf said.

We've received no proof that this job was open to the public and we requested to speak to Mychajliw.

But we were told he was not available.

Mychajliw says in a statement, "Lynne has ten years of experience as a County Legislator. She also served on the Budget Committee. Lynne was an award-winning journalist with decades of communications and community relations experience."

"Everyone should have the opportunity to apply for a taxpayer-funded position it doesn't appear that again that's what happened here," Wolf said.

Dixon will start off making a salary in the $60,000 range, but could end up making $90,000 per year, if a proposed reorganization to staffing in the comptroller's office is approved by the county legislature.

2 On Your Side called both Szymanski and Dixon to see if they wanted to comment on their new jobs, but we have not heard back from either of them.