Poll: Only 1/3 of NYS voters want Gov. Cuomo to run for re-election

According to a Siena Poll released Thursday morning, nearly 40 percent of voters want this term to be Cuomo's last as NY Governor. 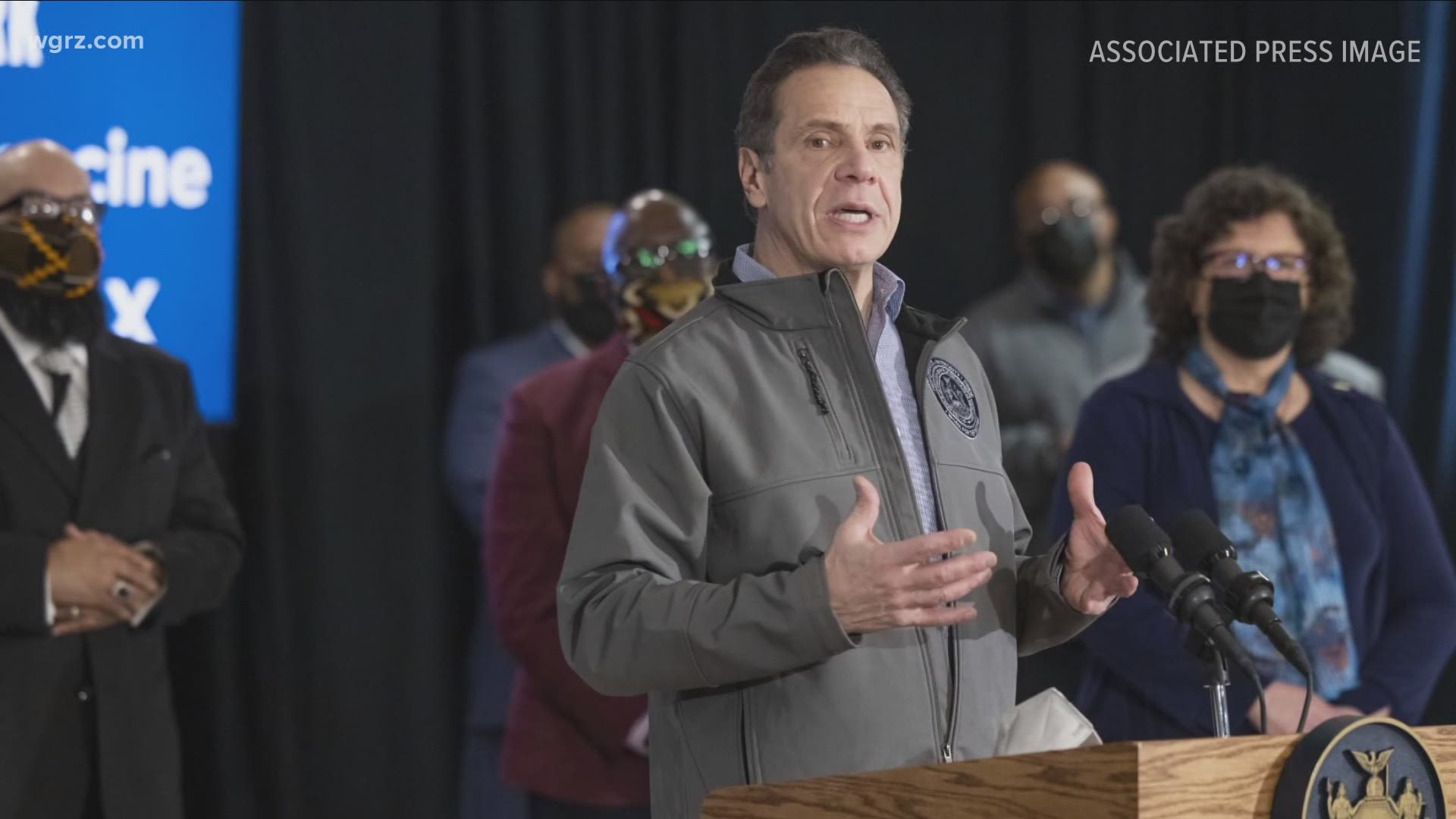 Governor Cuomo has not said specifically if he will be running for re-election, but he did attend a large fundraiser in New York City this week.

RELATED: Some donors sticking with Governor Cuomo after harassment allegations

When it comes to the pandemic, overall voters gave the governor favorable ratings for how he handled the pandemic, managed the vaccine rollout, kept people informed and reopened the state. However when it came to nursing homes, 60 percent of voters say Cuomo did not handle it well. Overall, Cuomo's favorability rating hasn't changed much this month, it sits at about 45 percent.

On the topic of the impeachment investigation into Governor Cuomo related to sexual harassment allegations, 45 percent say the Assembly should not impeach the governor, while 35 percent, including one-quarter of Democrats, would like to see Cuomo impeached.

Richard Azzopardi, spokesperson for the Governor, released the following statement in response to the poll:

"Today's Siena poll is surprisingly positive because New Yorkers have only heard one side of the story and haven't yet heard the truth. When they hear the true story and the political games people are playing it will be much different. Also it's remarkable that only 13 percent of Democrats said the Governor should resign even though virtually all Democratic politicians‎ called for it. Clearly Democrats believe the Governor more than the politicians.‎"