The governor's favorability has risen four points in the past month. 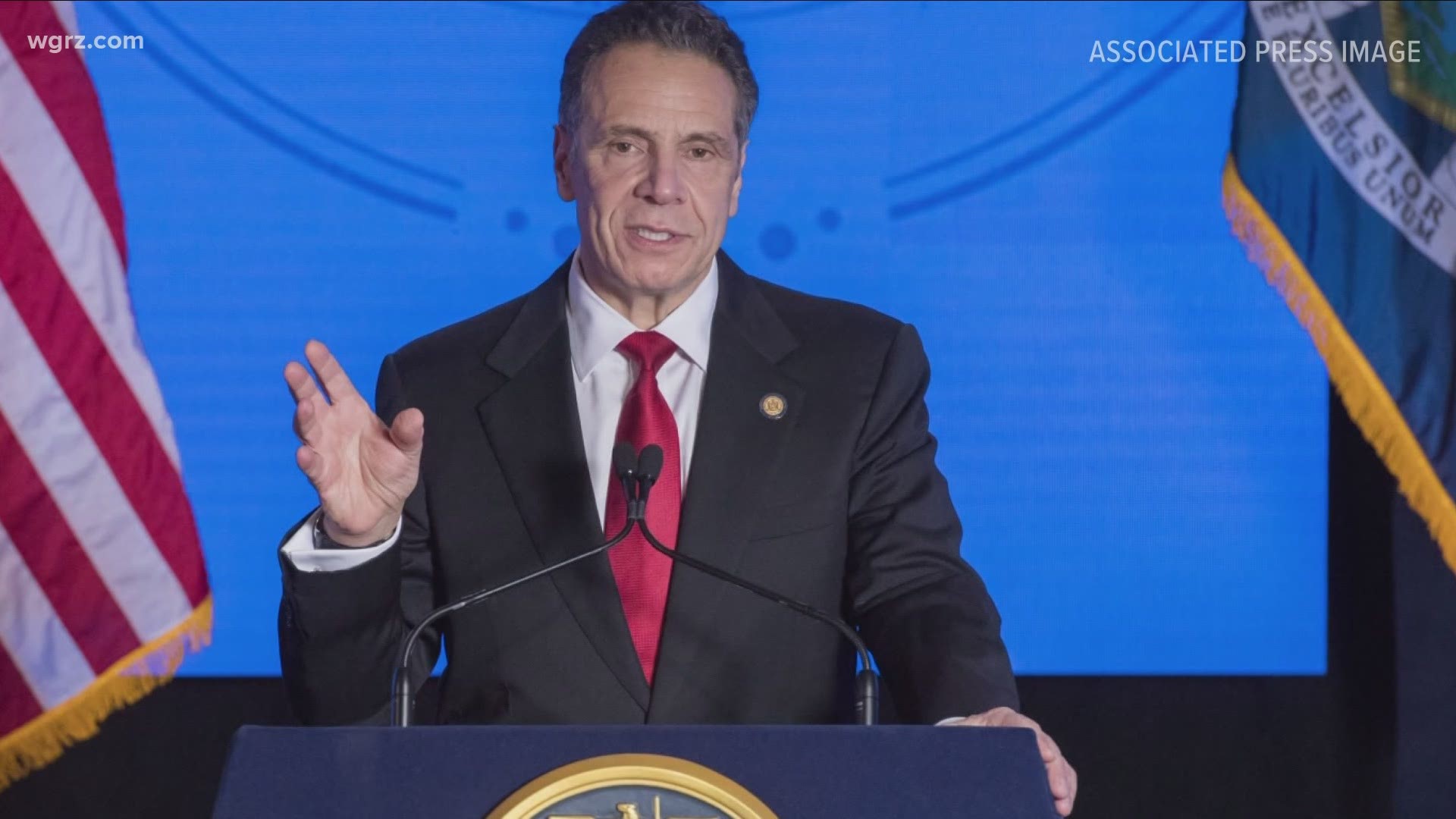 BUFFALO, N.Y. — A new poll by Siena College shows nearly 50% of New Yorkers say Governor Andrew Cuomo should not resign, while 41% think he should resign.

Despite facing investigations over allegations of sexual harassment and inappropriate behavior, Cuomo's favorability rose four points to  44%.  That's is up from last month when his favorability among voters was 40%.

Cuomo has repeatedly denied those allegations.

“To determine how voters view Cuomo this month one has to look at a pint glass with eight ounces of liquid and decide if the glass is half full or half empty,” said Siena College pollster Steven Greenberg in a released statement. “Cuomo defenders will point to the uptick in his favorability and re-elect ratings, that a solid majority continues to approve of his handling of the pandemic, and more voters still say he should not resign rather than resign immediately. His favorability and job ratings, they might note, are better than February 2020, the month before the pandemic.

“On the other side, the Governor’s detractors will point to favorability, job performance and re-elect ratings that remain under water, a downtick in his pandemic approval rating and a rising number of New Yorkers, 41 percent – up from 37 percent in April and 35 percent in March – who say he should immediately resign,” Greenberg said

In addition to the sexual harassment allegations, the governor is also being investigated on how his office handled the deaths of people in nursing homes and there is another investigation into the whether or not state resources were used in the writing of Cuomo's book. According to recent tax documents, Cuomo's publisher is expected to pay him $5.1 million for the book American Crisis: Leadership Lessons from the COVID-19 Pandemic.

While slightly down from April, the poll found 58% of New York voters approve of Cuomo's handling of the COVID-19 pandemic, while 35% do not.

You can view the full results of the Siena Poll here: