Such an agreement could have major implications in the closely divided state Senate, where the separate Democratic factions have been warring since the IDC split off in early 2011, helping Republicans maintain control. 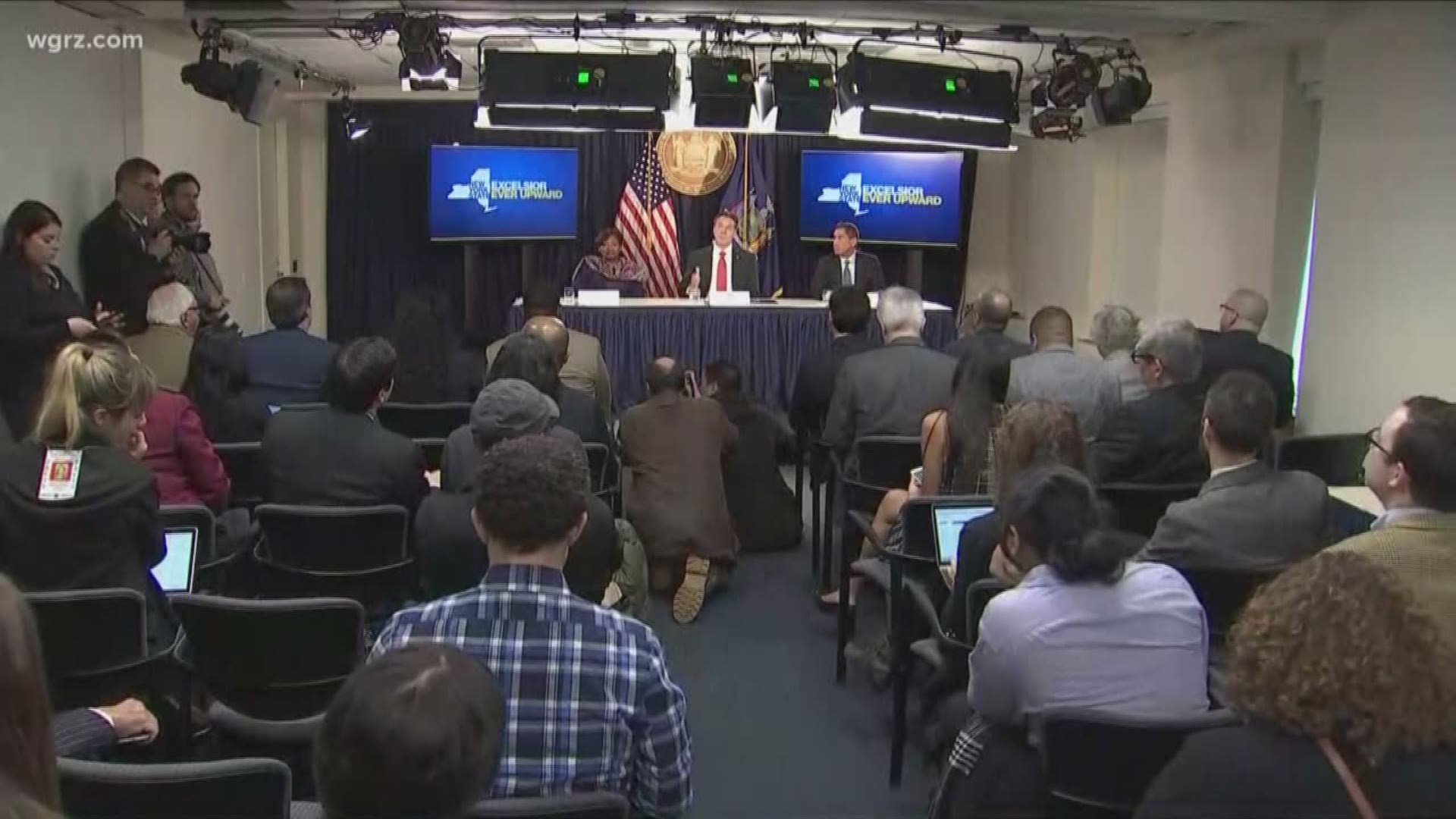 ALBANY - Warring factions of Democrats in the notoriously fractured state Senate pledged to unify Wednesday, ending a nearly seven-year split that was one of the party's biggest impediments to regaining control of the chamber.

Senate IDC Leader Jeff Klein, D-Bronx, whose splinter conference first formed in 2011 and allied with Republicans beginning in 2013, will be Stewart-Cousins' deputy.

The new deal appears to end the years-long dispute between the Senate Democrats and the IDC ahead of a pair of key special elections April 24, including in Westchester for County Executive George Latimer’s former Senate seat.

It could have major implications in the closely divided, 63-seat state Senate, which Republicans currently control by a one-vote margin with the help of another rogue Democrat, Sen. Simcha Felder of Brooklyn, who sits with the GOP.

The agreement could also help Cuomo ward off attacks from Cynthia Nixon, the Sex and the City actress who is challenging Cuomo in a Democratic primary and has faulted him for not doing more to unify his party in the Senate.

A spokesman for Senate Republicans dismissed the unity agreement, calling it a "desperate attempt to avoid Democratic Party primaries."

News of the potential deal circulated a day after Stewart-Cousins and Klein met with Cuomo and labor leaders in a Manhattan restaurant in hopes of ironing out their longstanding disagreements.

In 2013 and 2014, the GOP shared power with Klein's IDC, relegating mainline Democrats to the minority and cementing a divide with Klein's splinter group. Among the IDC's members are Sen. David Carlucci, D-Clarkstown, Rockland County.

Earlier this year, the state Democratic Committee brokered a deal that called for Senate Democrats and the IDC to share power should Democrats have a majority after the special elections with Klein and Stewart-Cousins serving as co-leaders.

That changed Wednesday, when the IDC instead agreed to dissolve amid pressure from Democratic primary challengers who are seeking to defeat them in September.

The deal was brokered by Cuomo, who himself was facing increasing pressure from Nixonand the liberal wing of his party to split up the IDC and unify them with the chamber's 22 other Democrats.

With Cuomo seated in between them Wednesday, Stewart-Cousins and Klein publicly pledged support for the new agreement.

"Unity cannot wait until a special election," Klein said. "The place is here, the time is now."

Stewart-Cousins would become the first female leader of a majority conference in Albany if Democrats do end up taking control.

"It certainly is something that we have wanted to see for many, many years," Stewart-Cousins said of the unity pact.

One of the key special elections will be in Westchester, where Democrat Shelley Mayer and Republican Julie Killian are squaring off for a district that includes the Sound Shore and part of Yonkers.

"I don’t care about political parties and more and more New Yorkers feel the same way," he said.

On Tuesday, Cuomo went on the offensive against state Senate Republicans, blaming them for blocking policy measures favored by liberals and calling for their ouster after two key special elections later this month.

The Democratic governor used his 12-minute speech at a Harlem fundraiser for Mayer to call for Democratic unity, pointing the finger at the Senate GOP for standing in the way of progressive policy issues that fell out of state budget negotiations.

"All the progress we want to make, (Republicans) are 100 percent against it," said Cuomo, a Democrat.

"We just finished a budget, negotiating with them. They have no appetite whatsoever for any of the things we hold dear."

The governor had previously been reluctant to weigh in on the Senate's politics in recent years. He reiterated that stance during the state's recent budget negotiations, which wrapped up last week with the passage of a $168 billion spending plan.

While seeking re-election in 2014, Cuomo pledged to members of the liberal Working Families Party to push for Democratic unity in the Senate in a bid to get the party's endorsement.

But many progressives were angered by Cuomo's lack of effort in making that happen as the IDC continued to ally with Republicans in the years since.

Cuomo had also faced criticism for waiting to call this year's Senate special elections until after the state's budget deadline, which made certain the GOP would control the chamber through the crucial budget talks.

New York Governor Andrew Cuomo speaks at Marist College in Poughkeepsie Feb. 22, 2018. Cuomo spoke on a range of issues, including gun control, the environment, and the state economy.

Nixon has made Cuomo's tolerance of the IDC a major plank of her campaign, repeatedly criticizing him for not doing more to reunify the Democrats in the Senate.

She has also criticized Cuomo for allowing Republicans to draw the Senate's district lines in 2012.

"If you’ve set your own house on fire and watched it burn for eight years, finally turning on a hose doesn’t make you a hero," she said in a statement.

At the news conference Wednesday, Cuomo denied Nixon had any influence on his unity efforts, instead pointing to the looming special elections and an opportunity to pick up Democratic seats in November.

Senate GOP spokesman Scott Reif issued a statement criticizing the Democratic agreement, questioning whether it's a cynical attempt by Cuomo and IDC members to ward off primary challenges.

He touted the Republican conference's working relationship with the IDC since it formed in 2011 and said the GOP expects to "govern the Senate responsibly as the majority for the rest of the year."

"The other option, which nobody wants, is state government descends into chaos and dysfunction," Reif said.

Reif's statement continued: "Let’s be honest — The only reason that any of this is happening now is because Andrew Cuomo is scared to death of Cynthia Nixon."

"Just because now this pressure has forced (the IDC) to dissolve does not mean that it undoes the seven years of damage that has already occurred in New York state," Biaggi said.

"There will be no primaries supported by one senator against another senator," Cuomo said.