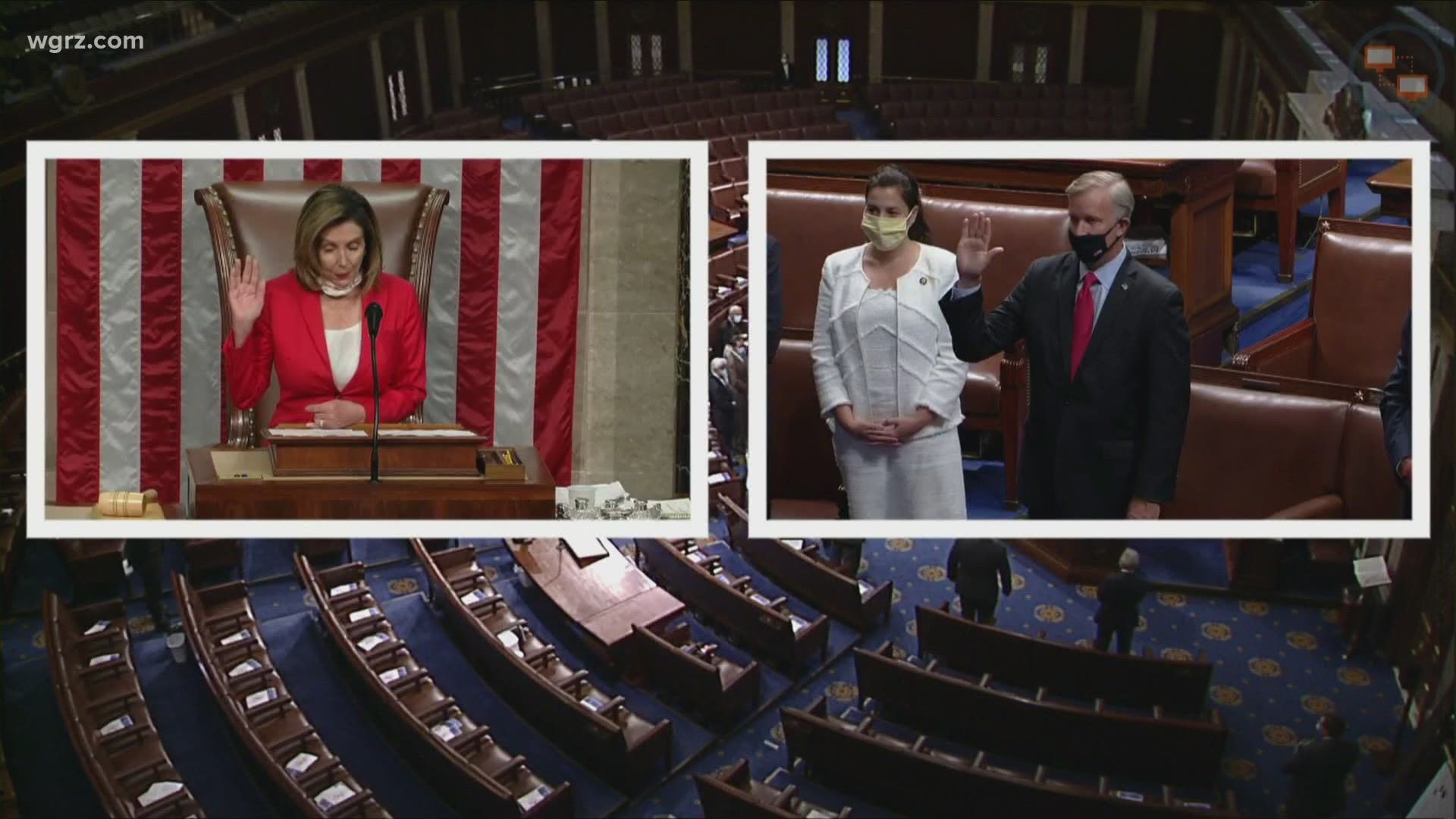 WASHINGTON — Republican Chris Jacobs of upstate New York has taken the oath of office as the newest member of the House.

The two men will face off again in the November elections for a full two-year term. The district covers suburban and rural areas between Buffalo and Rochester.

Collins was the first sitting member of Congress to back Trump’s candidacy in 2016.

RELATED: Erie County Board of Elections certifies results in NY-27

RELATED: McMurray: Premature and irresponsible for Jacobs to claim victory