State Senate Minority Leader Rob Ortt said he has been pushing to rescind Cuomo's executive powers but called this legislation a 'bogus bill.' 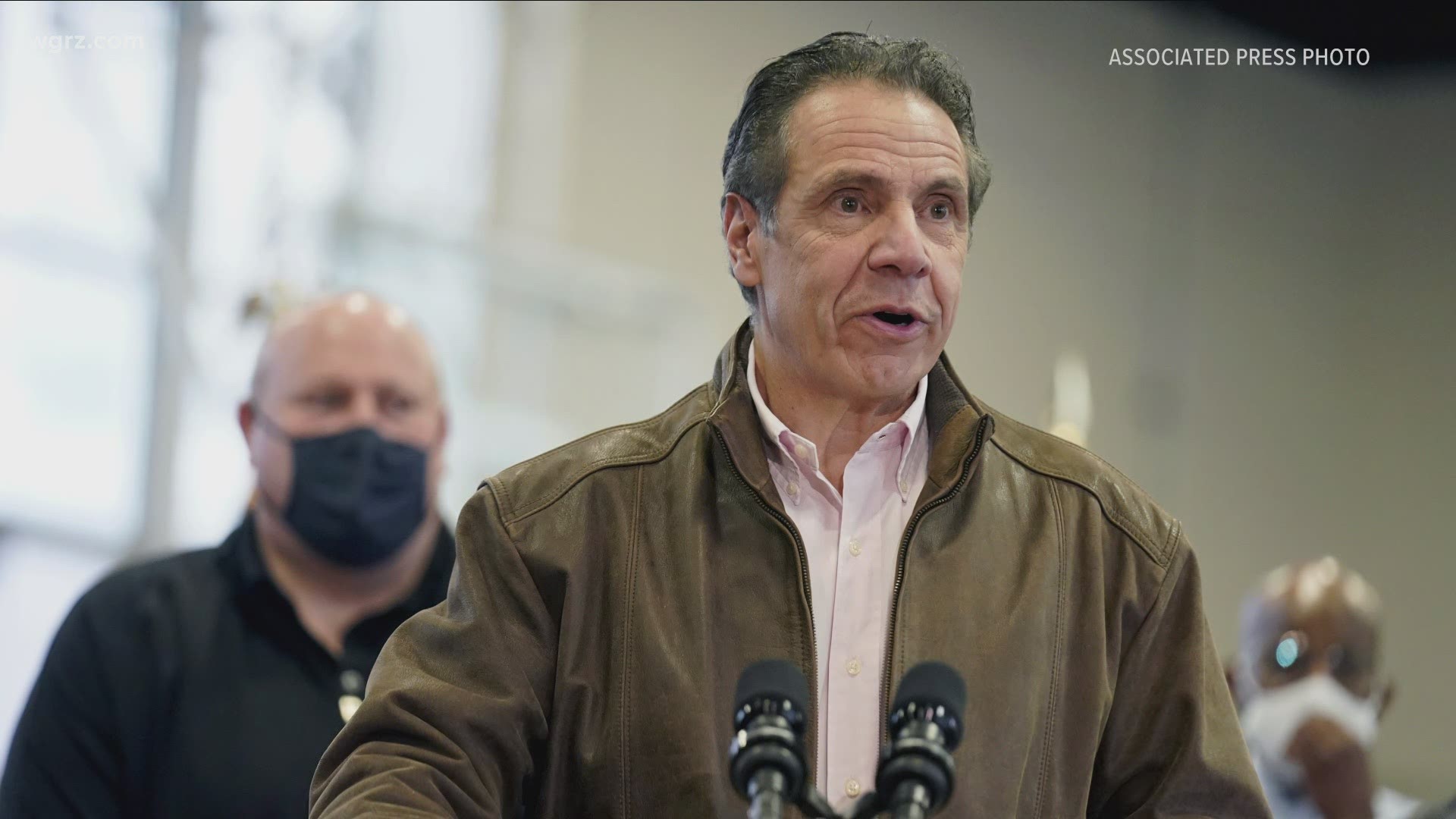 2 On Your Side obtained a copy of the legislation to determine exactly what it would change.

The legislation states it would repeal the Governor's expanded emergency powers and restore pre-pandemic balance of power.

The legislature can repeal any executive order with more than a 50% vote and COVID emergency powers will last till the end of the federal pandemic.

"This is the legislature moving proactively, moving in a direction it should," Assembly Member John Rivera said.

However, after reviewing the legislation, State Senate Minority Leader Rob Ortt and Assembly Republican Leader Will Barclay held a news conference Wednesday, when they called the legislation a "bogus bill."

"It was sold last night and widely reported that it was a deal to rescind the governor's emergency powers. What we now know, this morning, is it does nothing of the sort," Ortt said.

Ortt went on to say he does not agree that the bill allows the governor to extend or modify executive orders with what he said "little more than a courtesy call" to the legislature.

“Senate Republicans advanced the first proposal to end Governor Cuomo’s emergency powers 280 days ago today. The sham that the Democrats are putting forward after getting the Governor’s stamp of approval is a complete insult to New Yorkers. The bill does nothing except expand the authority of the Governor, who has covered up 15,000 nursing home deaths and is currently involved in sexual harassment scandals, both of which are under investigation by the FBI and State Attorney General,” Ortt said.

Rivera countered: "Those are canned responses that they had before they even saw it. Frankly, I'd also say the burden of being in the majority is that we have to govern, we simply can't just come to Albany and make statements and throw stones."

Ortt also said he's concerned that the bill was given the governor's "stamp of approval," which came to be from a statement Governor Cuomo made Wednesday during a news conference.

"On the COVID emergency powers, we worked with the legislature, we have an agreement on a bill," Cuomo said.

Assembly Speaker Carl Heastie released a statement to clarify that statement that said, "we did not negotiate this bill with the Governor."

The sham that the Democrats are putting forward after getting the @NYGovCuomo stamp of approval is a complete insult to NYers.

The bill does nothing except expand the authority of the @NYGovCuomo. pic.twitter.com/wOivIGPbEb