While the process is similar to a Presidential impeachment, there are a few key differences. 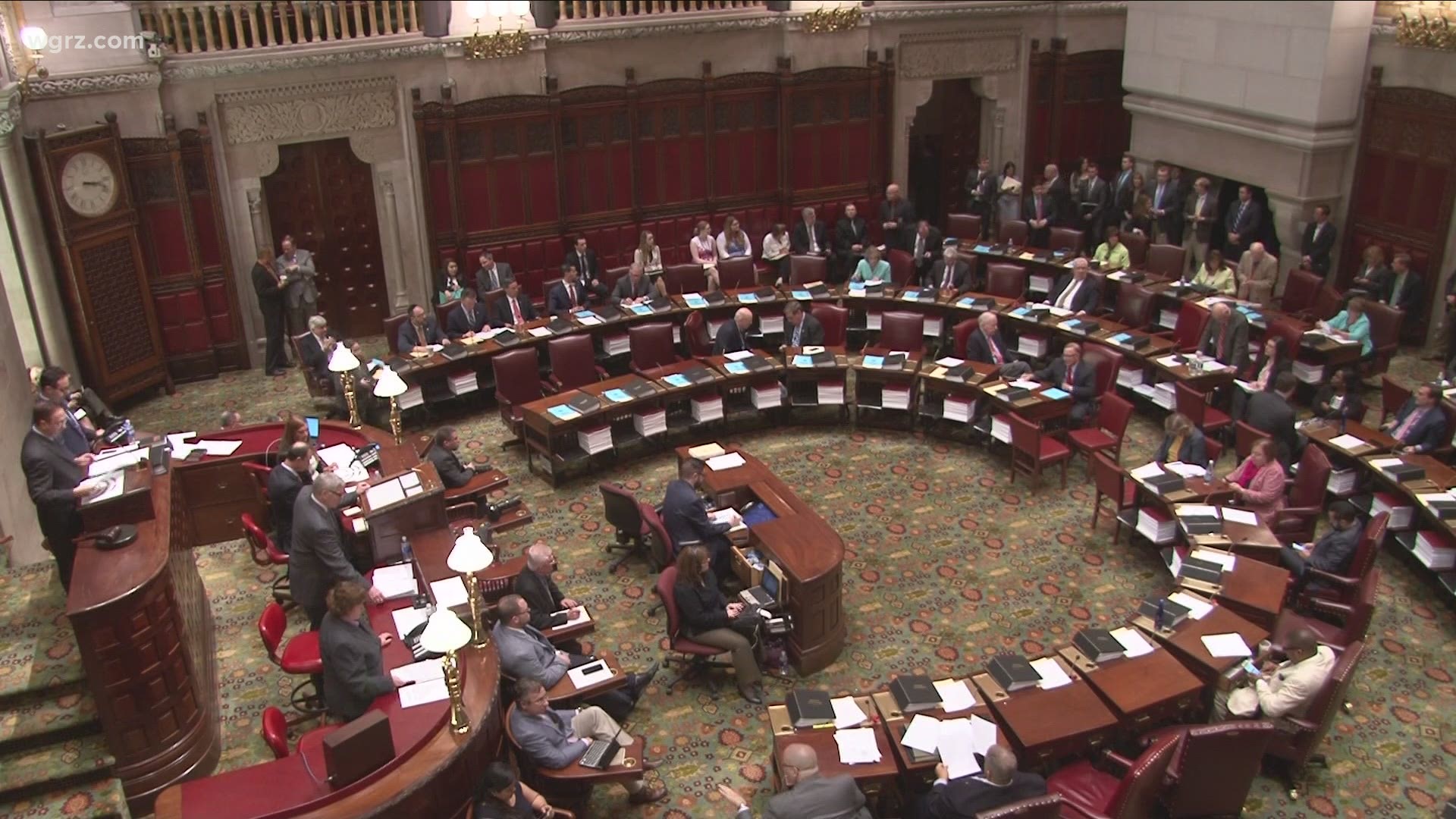 But how does the process work?

While you may have a notion as to how a Presidential impeachment works, New York's process contains a few nuances.

As laid out in Article XIII, Section 5 of the New York State Constitution, any public officer can be removed for "misconduct or malversation in office." In other words, corruption.

However, unlike the federal impeachment process, examples are not given, which leaves room for interpretation explained Canisius College Political Science Professor Peter Galie.

"Nowhere in the state constitution is there specified any discussion of what would constitute an impeachable offense," Galie said.

The process begins with an impeachment resolution in the state Assembly that lists the malfeasance of the offender. Once drawn up and voted on, it requires a simple majority vote or more than half of lawmakers to pass.

In the Assembly's current state, Democrats control 106 out of 150 seats, Republicans have 43, and there is one independent. To date, only a handful of Assembly members on both sides have also said they would even consider an impeachment vote.

But say for the sake of explaining the process, if a vote was to pass.

All 63 members and judges from the State Court of Appeals would preside.

As stated in the New York State Constitution, in the case of a Governor's impeachment, the Senate Majority Leader and Lieutenant Governor would be excluded.

A conviction, according to Article 6, Section 24 of the state constitution requires two-thirds of State Senators and judges to vote for impeachment to convict.

Currently, Democrats hold a 43-20 majority over Republicans, and while the judges serve in a non-partisan capacity, all seven were nominated during one of Governor Cuomo's three terms.

"I suspect the Republicans, not that there are that many in the Senate, if there is any kind of reasonable case, would vote to impeach. The question, is how many Democrats?" Galie said.

If convicted the public officer involved in the impeachment trial would be removed from office, and be prevented from holding public office in New York again.

The last and only New York Governor to be impeached was Bill Sultzer back in 1913, just six months into office. After breaking with the group that got him elected, Tammany Hall, he was convicted for violating campaign finance rules.

The trial is widely viewed as a political hit said Galie.

Eliot Spitzer was almost impeached but resigned amid a prostitution scandal.