The bill Governor Cuomo signed extends that limit to 20 years for second-degree rape or criminal sexual act and 10 years for third degree. 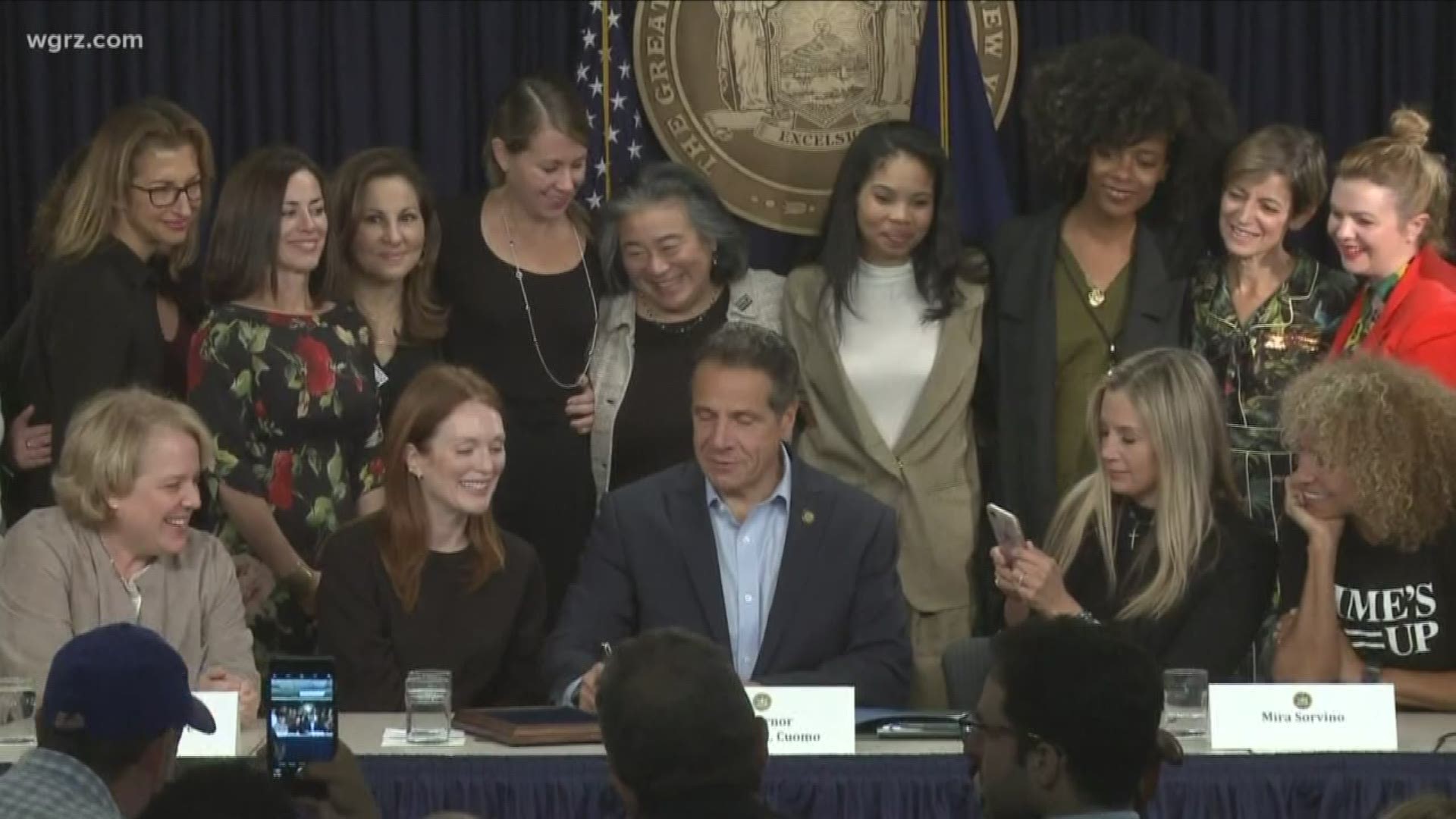 NEW YORK — New York Gov. Andrew Cuomo signed legislation Wednesday to make it easier to prosecute some sex crimes by extending the statute of limitations for second- and third-degree rape.

The Democratic governor was joined by actresses Mira Sorvino and Julianne Moore as well as activists from the group Time's Up as he signed the measure at his Manhattan office.

"Rape and sexual assault are much more common and frequent than we admit," Cuomo said. "You will never solve a problem in life that you are unwilling to admit and denial is not a life strategy. We have denied this for too long."

"The law said a victim of rape has to bring their claim in five years or they lose their right," Cuomo said. "Five years is a terribly short period of time if you have any appreciation for what the person went through."

Sorvino, who was one of producer Harvey Weinstein's early accusers and who has said she is a survivor of date rape by another man whom she did not identify, said every time someone stands up to "rape culture" it means "we stand up for all of us."

"There is a hunger out there for justice," Sorvino said, "and we are here to tell all of you who feel that hunger that we are getting closer to that day when predators will not abuse unabated in an atmosphere of impunity."

Michelle Hurd, a leader of Time's Up and an actress known for her role on the TV series "Law and Order: Special Victims Unit," said that the vast majority of rapes are second- and third-degree rapes.

"In the aftermath of an assault so many survivors are afraid to come forward," Hurd said. "If and when they do decide to seek justice, frequently they find the law doesn't allow them to hold their attackers accountable. But not any more."

She added: "No longer will New York state have an unjust expiration date on justice for survivors of rape."

It eliminates the statute of limitations for incest in the first degree and increases the time period in which victims can bring a civil suit for these offenses to 20 years.

"As we started our meetings we talked about what we could do to change policy in New York," said Moore, who said she was attending the news conference as a member of Time's Up, the gender equality initiative formed in response to sexual misconduct allegations in Hollywood, including against Weinstein.

Weinstein is scheduled to go to trial in January on charges alleging he raped an unidentified woman in his Manhattan hotel room in 2013 and performed a forcible sex act on a different woman in 2006. He denies all accusations of non-consensual sex.

RELATED: Many US women say 1st sexual experience was forced as teens