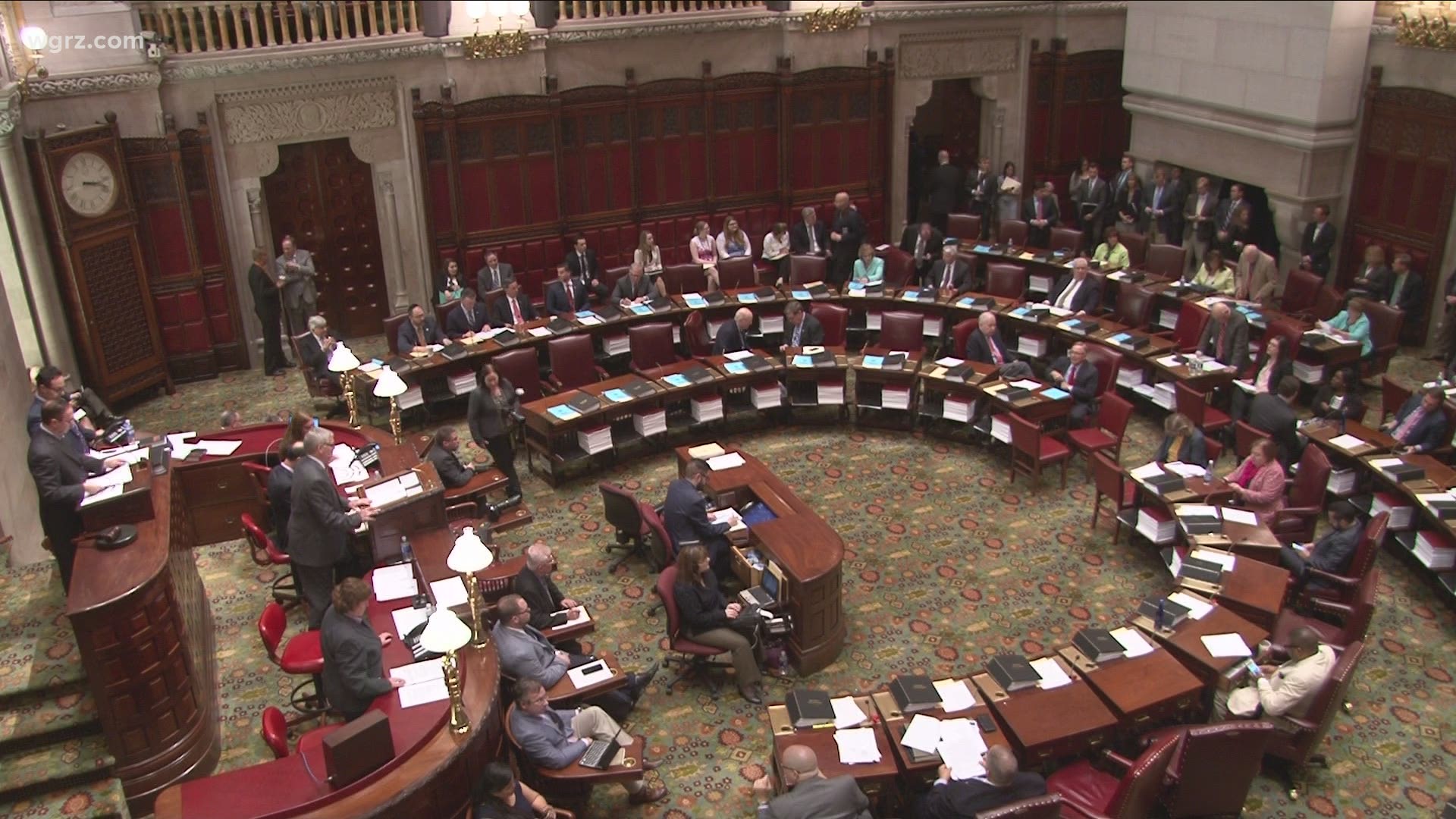 BUFFALO, N.Y. — As New York State Senator Sean Ryan puts it, "I have to tell you, this is the best budget that I have ever been involved with."

State Senator Ryan says the $212 billion spending package addressed both recovery from the coronavirus pandemic as well as, in his opinion as a Buffalo Democrat, righting a lot of wrongs in past years.

That is especially with over $29 billion to education, and specifically over $90 million in increased aid to local school districts here in Western New York.

Ryan says that in places like Kenmore, that means in this budget year they will get almost $5.5 million more for their school district.

But this budget does increase overall spending by 10 percent.

Remember a couple of points. The state previously had a projected $6 billion deficit year before COVID even struck, and the state got over $12 billion in federal funding recovery money to help out.

In addition, U.S. Sen. Chuck Schumer says there are additional billions in federal money, which will filter down to local schools and local governments.

That's why some Republicans, such as State Senator George Borrello of Jamestown, question the increased spending.

"There's a lot of giveaways in this budget, and the governor that's lost control of the process," he said. "So it seems clear to me that, I guess, you can look at the progressive wish list that's on there. They've gotten nearly everything that they wanted."

And GOP Assemblymember Steve Hawley of Batavia added: "The money we’re spending now won’t be there this year, but it’s unlikely the people and agencies across the state it supports will plan for that.

"Instead, we will be forced in the future between painful tax increases or spending cuts, which will come with very real consequences for our economy and our communities."

Obviously, there are references to more progressive downstate Democrats in New York City. Some upstate Democrats understand the concern and the reality that all this money won't be available to Albany in coming years.

Assemblymember Monica Wallace of Cheektowaga said: "I think the fact that a lot of money was put in for infrastructure is going to be helpful, because that is going to create jobs and inject more money into the economy. 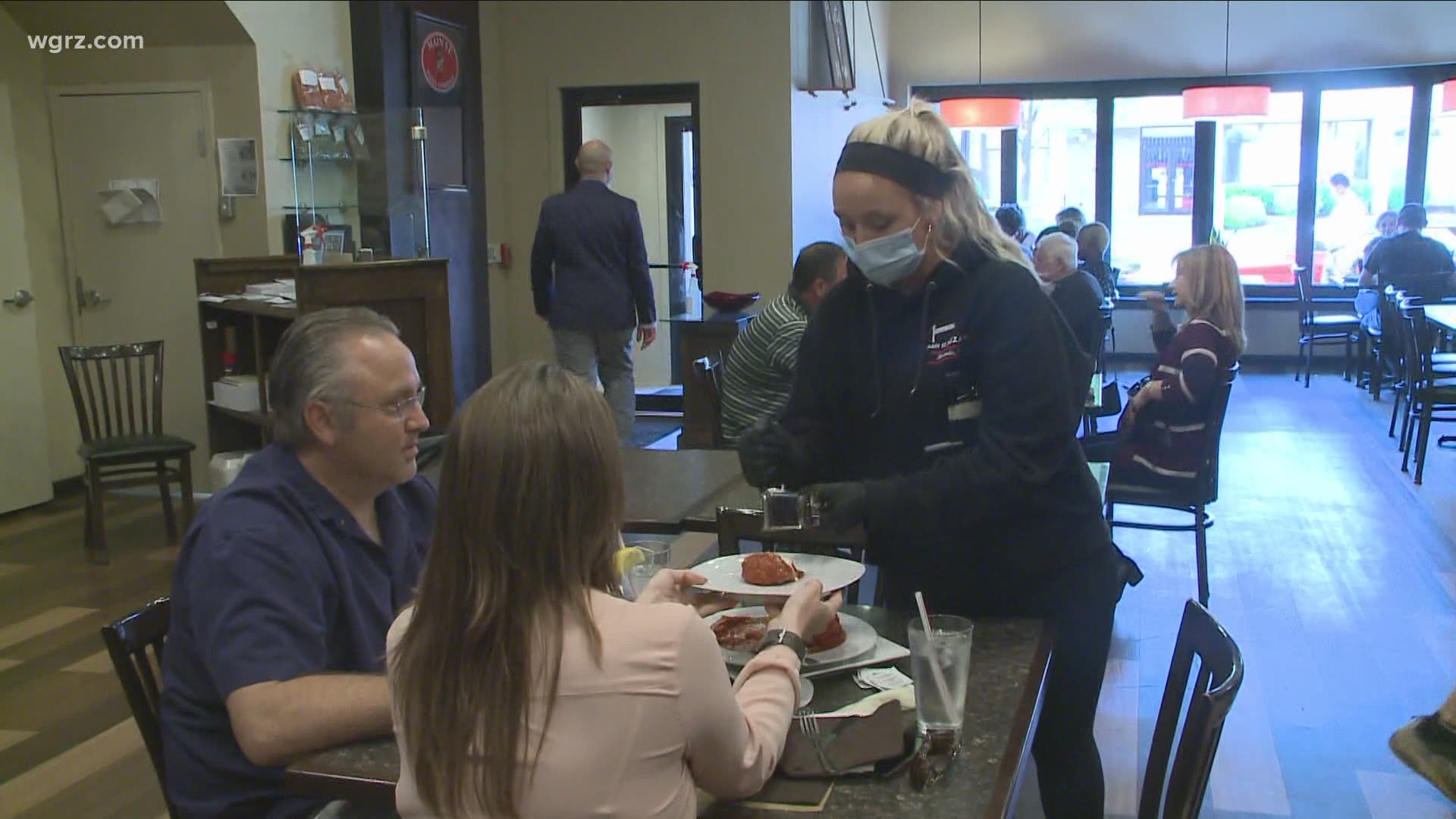 "But I think a lot of the programs were sort of one of a kind program, which is helpful. But yeah, we'll have to adjust that. We can't, you know, there's not an unlimited amount of money, and we're going to have to figure out where to best spend it."

The other issue is a method to help pay for some of this spending. That is a $4 billion tax increase on wealthy individuals and corporate entities.

2 On Your Side raised the concern about some of them possibly moving to another lower taxed state, such as Florida or Texas. Some observers point out they may have a much larger tax burden now and could pay the majority of taxes in the state.

Freshman Democratic Assemblymember Jonathan Rivera of Buffalo says: "I think the conversation around people mass-exiting New York state, you know, I don't necessarily subscribe to it. What I will say is, people will leave as long as we don't have or incentivize good work and good paying jobs."

Another first-year Assembly Democrat, William Conrad of Tonawanda, added: "I'm fully aware of the worries that they're just going to pack up. In my mind, though, the folks that left the state are the middle class, the working class, because the taxes on them have been extremely high. They paid for the roads, the infrastructure, and we've been doing a lot of what I would call corporate welfare."

State Senator Sean Ryan concedes the tax hike is a bit of an experiment, which he feels could be adjusted back if too many sources of wealth move out. But how, perhaps, to get them back if they do move out of state is another question.