Assembly GOP leaders spoke alongside two women who police say lost loved ones to people who were released without bail. 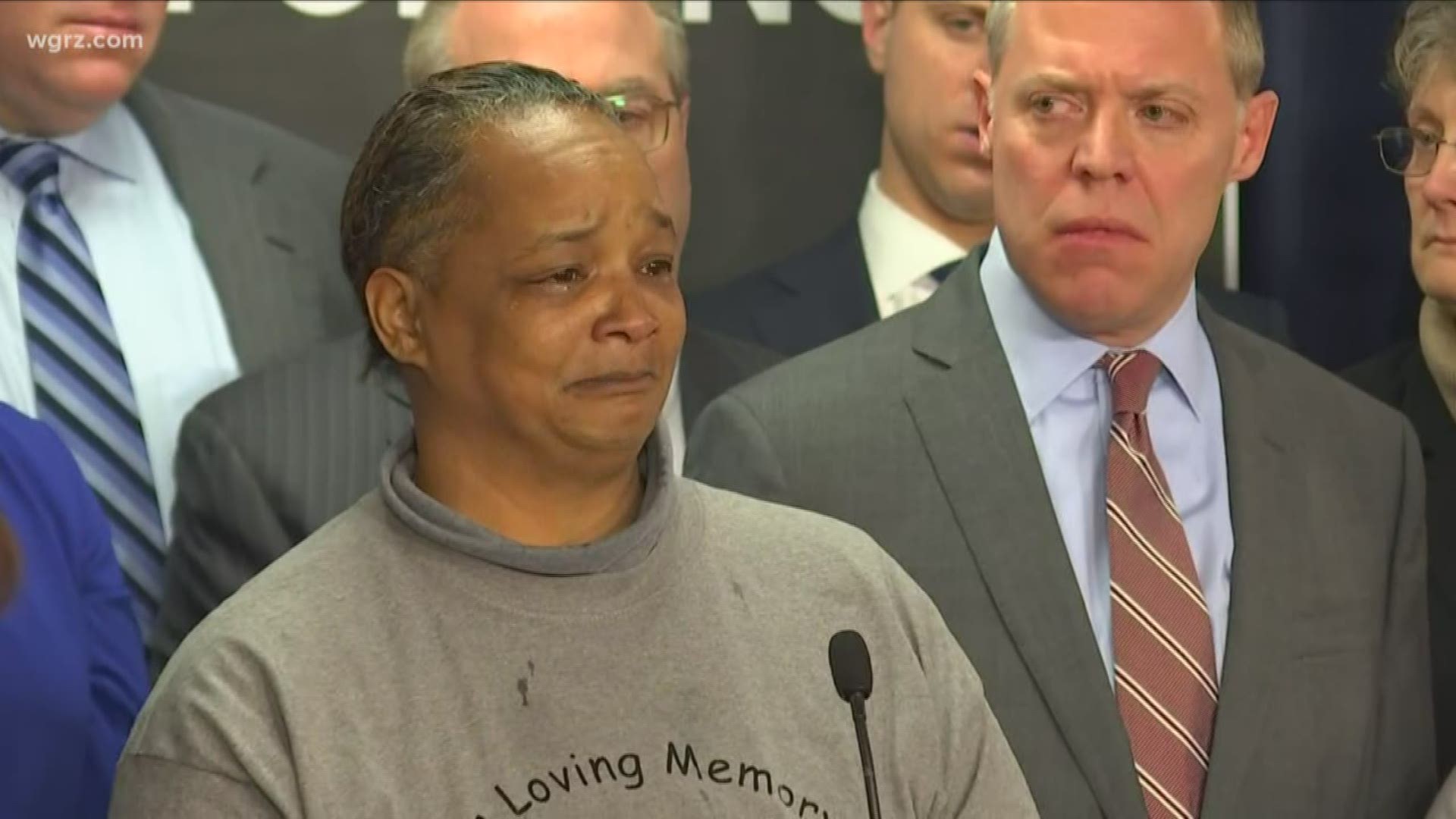 BUFFALO, N.Y. — In Albany, Republicans are keeping the pressure on to change or repeal the bail reform law that's been in effect for two weeks now.

Assembly Republicans called for complete removal of the law on Wednesday morning, speaking alongside two women who police say lost loved ones to people who were released without bail.

One was Sheila Harris, whose cousin died in a hit-and-run to a driver who was set free after being charged.

"He was arrested, arraigned and released, all before her kids even knew she had died on the street, like a dog," Harris said. "And my thing is, how can you sign a law that allows the man that hit a woman, leave her in the street like a dog to die without nobody there? And he gets out to enjoy his holiday that he now took from us. Christmas will never be the same."

There's still no word from Democrats if or when they will look at changes to the law in the legislature.