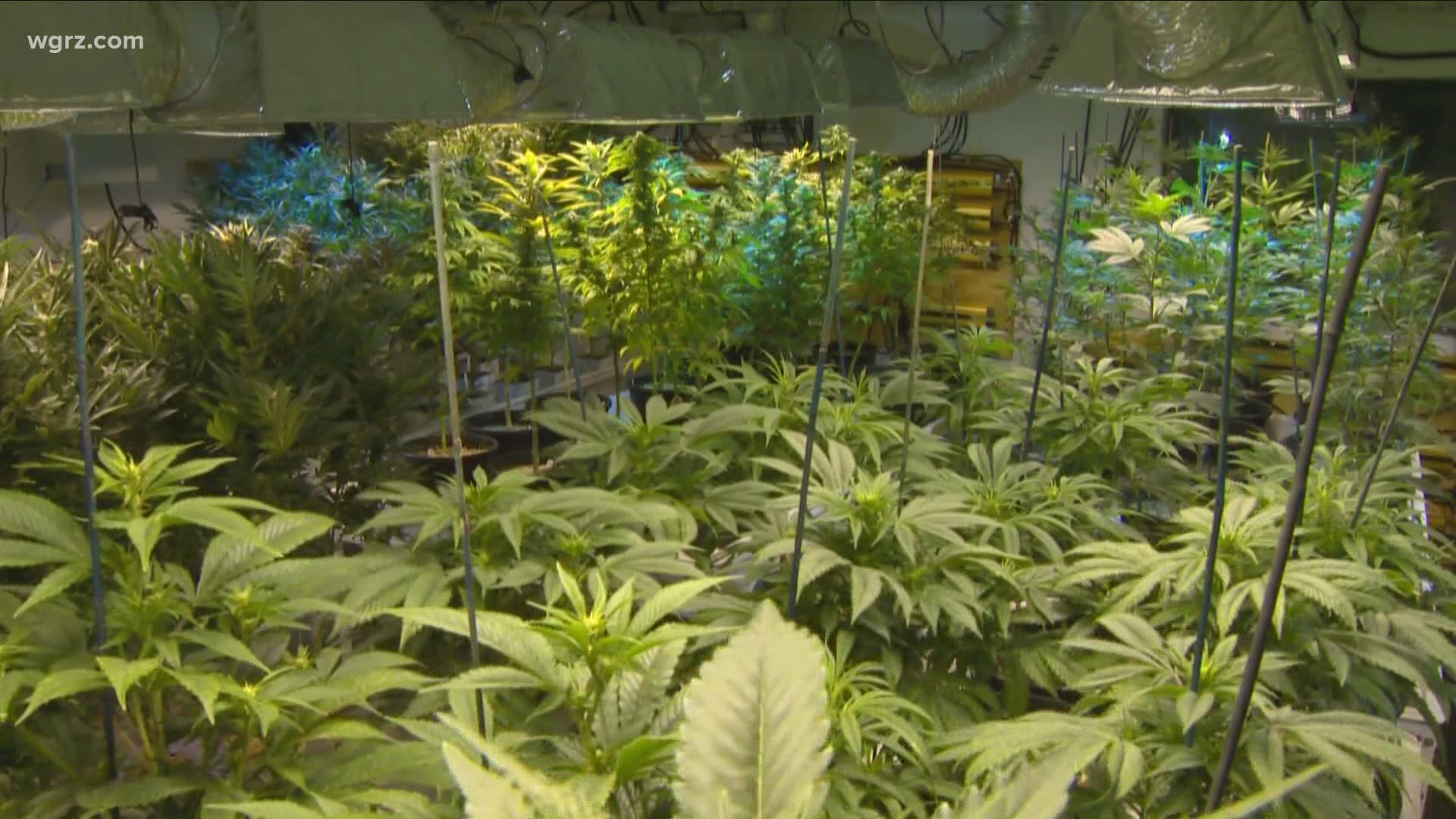 BUFFALO, N.Y. — Next month marijuana laws could look very different in New Jersey. In a few weeks voters will decide whether they want to legalize adult-use recreational marijuana.

Other highly populated states such as California and Massachusetts have already done so. But if New Jersey is next, this could have a big impact on surrounding states like New York State, Connecticut, Rhode Island and Pennsylvania.

NYS Assembly Majority Leader Crystal Peoples-Stokes has been a longtime supporter of legalizing adult-use marijuana and says that this billion-dollar business would transform the lives of New Yorkers.

"We already use it in a legal matter with medical marijuana, I'm suggesting, and I think most New Yorkers are suggesting, that we are looking at it legally for adult use," Peoples-Stokes says.

Considering potential numbers projected by Marijuana Business Daily, if New Jersey Voters vote in favor of legalizing the product, the state could see an estimated $850-$950 million in sales a year by 2024.

Experts estimate those number would be even higher given the population of New York State.

"People do use the product. In fact, they use it to the tune of you hundreds of millions of dollars a year, so if we know that's happening it really does make sense to garner dollars," Peoples-Stokes says.

Sienna College put out a poll in January that found 58 percent of New Yorkers in favor of legalizing marijuana. In comparison, 38 percent said they are not in favor of it.

Peoples-Stokes says there's no exact timeframe for when legislation could be passed, certainly COVID-19 is something to take into consideration, but more so establishing rules and regulations is what could potentially take time, she estimates maybe two years. That said, it is something she believes more people are in favor of, ready for and happy about, than those who fear it.

Done my fair share of stories on #Marijuana recently..gets more interesting every time!

Voters in NJ are set to decide next month on legalizing for adult recreational use...naturally...this affects New Yorkers.