He introduced a bill in March that would split the state. He says the bill would be beneficial financially for counties outside New York City. 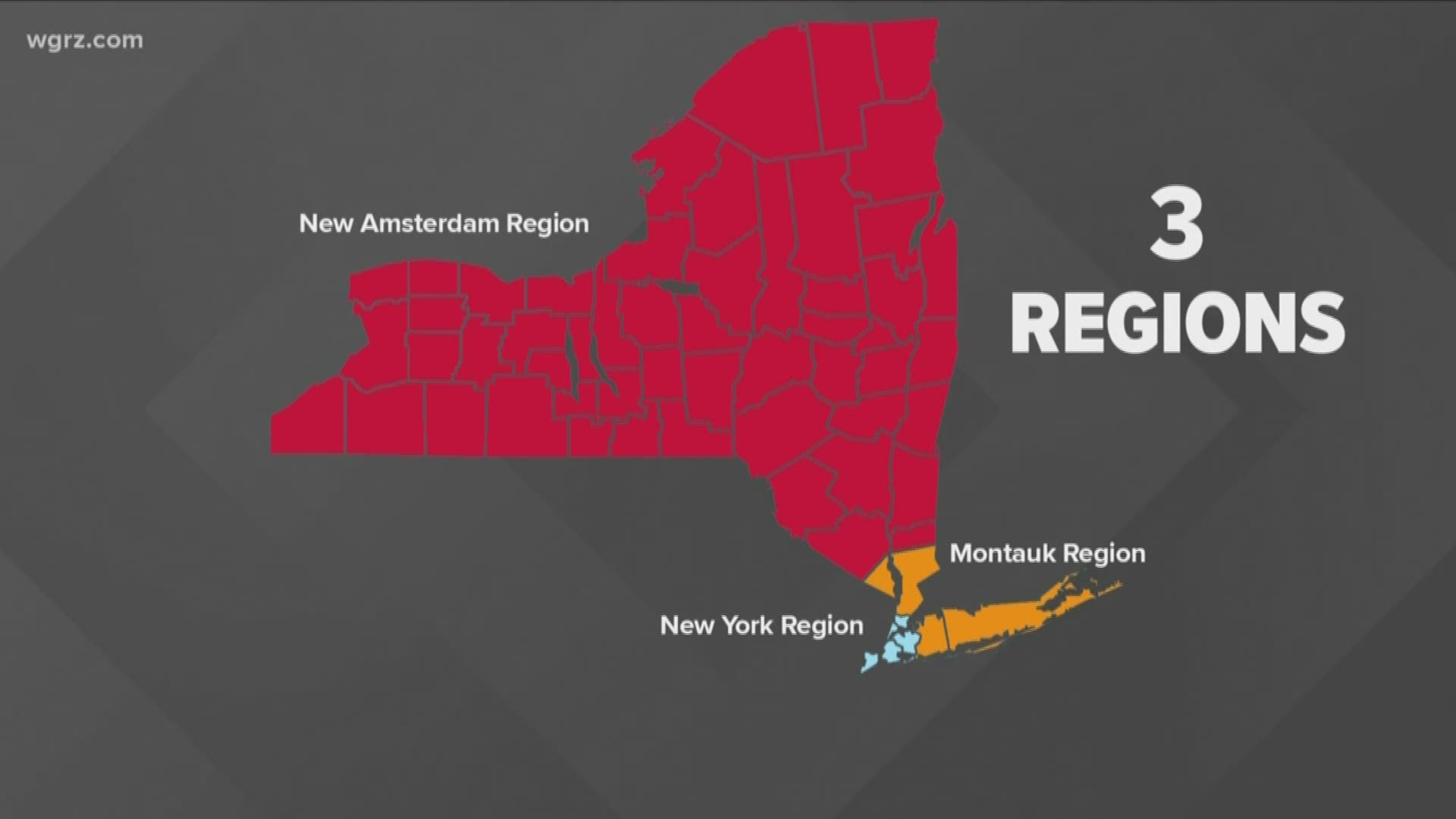 BUFFALO, N.Y. — We've heard this idea before, but another local lawmaker is getting behind it: splitting New York State into three regions.

It's an idea Assemblyman Dave DiPietro says is long overdue.

"We have different morals, different values, different lifestyles around the state, and one box does not fit everyone," DiPietro said.

DiPietro introduced a bill back in March that would split the state. He says the bill would be beneficial financially for counties outside New York City.

"It's gone viral. I get calls. I get hundred and hundreds of emails," DiPietro said.

Here's how it would work.

The bill would split New York State into three regions:

Under the plan, Congressman and Senators would remain the same. But each region would have its own governor and legislative body, which would meet during the first three months of the year.

Different variations of this idea have come up in the past, but so far nothing has come to a vote.

But he also proposed letting the public vote on the idea before taking any legislative action.

DiPietro was told under his new plan the whole region would turn red. Did he think this is a partisan issue?

"No. The fact is you have an immense region with the concentration of 50 square miles controlling the entire state," he said.

2 On Your Side reached out to the local assemblymembers who are on the committee considering DiPietro's bill. We haven't heard back yet on what kind of action they plan to take on the legislation.