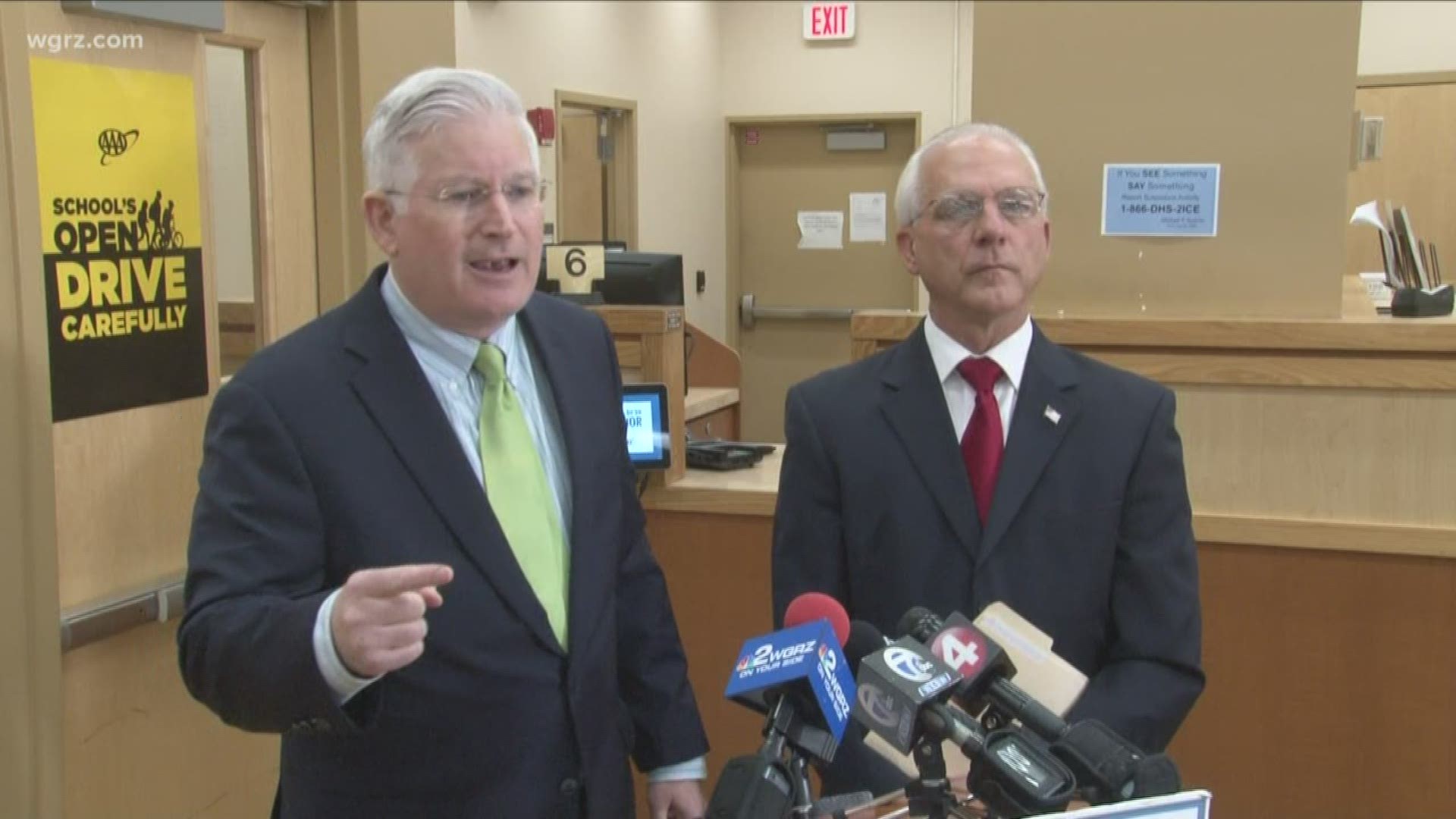 Also, a former Buffalo elected official, who now runs the state Department of Motor Vehicles (DMV) refused to talk to us about the situation.

"This is the beginning of questioning of possible fraud," said Erie County Clerk Mickey Kearns, who wants the county Board of Elections to investigate what happened last week, when a Buffalo man, in the U.S. legally on a work visa, applied for and got a commercial driver's license.

He went through the prompts, saying he's a U.S. citizen and registered to vote.

"By the time my staff alerted me of this, this gentleman has left the office the transaction was completed," Kearns said, "I do not know whether it was a mistake or not."

This technically is not a situation related to the Green Light law, which allows people to apply for a standard driver's license regardless of their citizenship or lawful status.

"They're asked the question, 'Are you a citizen or not?' If they answer yes, there is nothing right now that our staff can do," Kearns said.

On Monday, 2 On Your Side wanted to ask DMV commissioner, and former Buffalo Comptroller, Mark Schroeder, whether he was aware of this situation.

He refused to talk to us.

Instead, the DMV issued a statement saying: "Under both federal and state law, DMV must offer every applicant for a license, permit or ID card the opportunity to apply to register to vote and may take no action to suppress that application."

That application is then sent to the Board of Elections for review.

A spokesperson for the state Board of Elections says the voter registration process is an honor system, and that they have no way to verify someone's citizenship.

Erie County Elections Commissioner Ralph Mohr told 2 On Your Side by phone, it really comes down to someone filing a complaint about possible voter fraud for the board of elections to investigate.

If someone lies on their voter registration application they could get a fine or be prosecuted for perjury.

A spokesperson for the state Board of Elections says it does happen that legal residents who are not citizens accidentally register to vote.

There appears to be some uncertainty about whether Kearns needs to file a formal complaint to the Erie County Board of Elections to investigate, a spokesperson for the BOE says he needs to do that, Kearns says he was told he doesn't have to.