'Certainly a lot of people have reached out to me,' Hochul said Wednesday during a news conference in Albany. 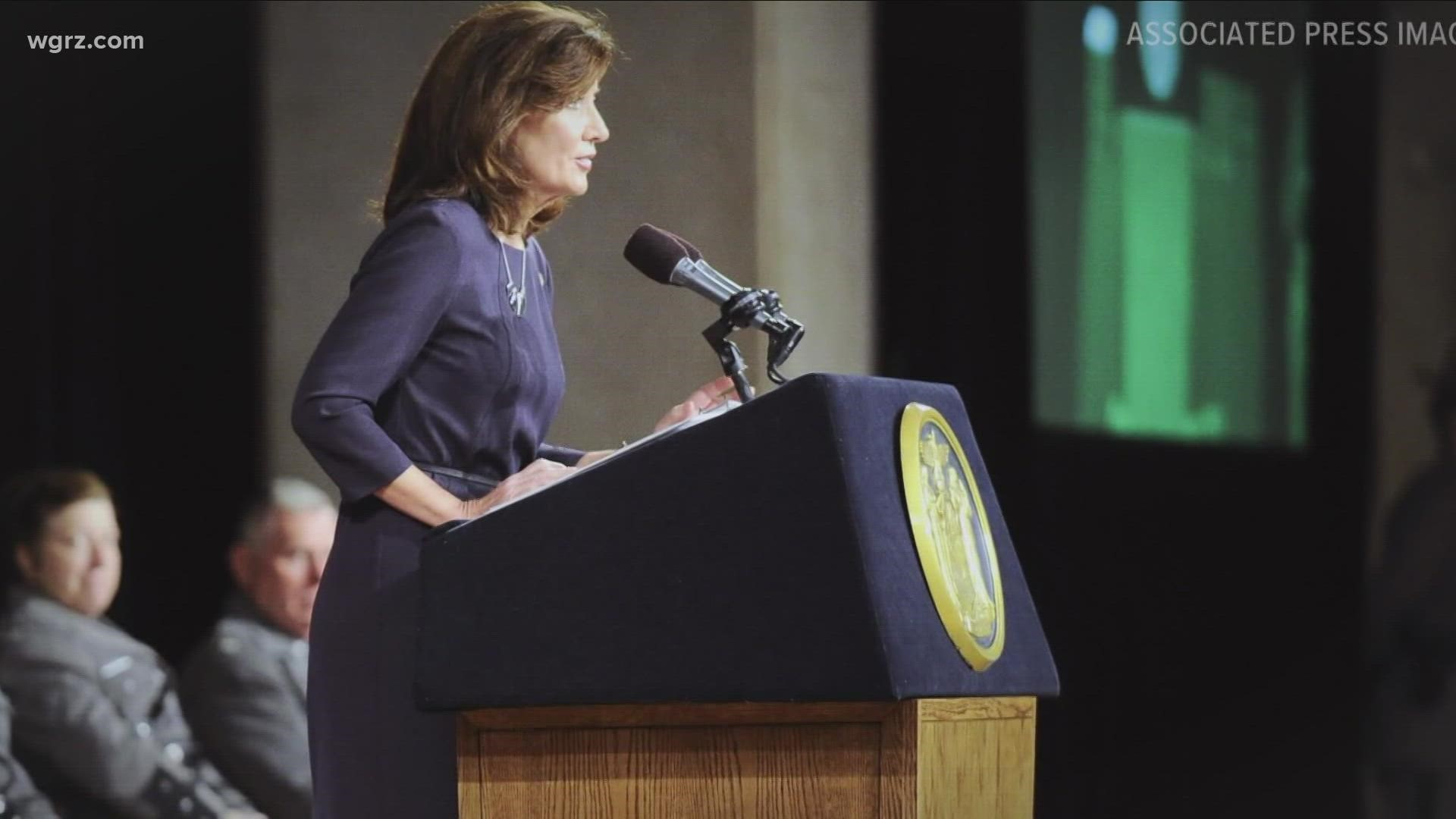 BUFFALO, N.Y. — Over the next 13 days before Lt. Governor Kathy Hochul is sworn in as the 57th governor of New York, she has many important decisions to make.

One of the first things she will need to decide is, who will be the next lieutenant governor?

During her first news conference as governor-to-be, Hochul addressed that saying, "Certainly a lot of people have reached out to me."

Hochul definitively said before she is sworn in, which is in just under two weeks she will announce her lieutenant governor.

"I love upstate, I love downstate, I love the whole state and there are so many qualified individuals," she said. "I am cognizant of the need for diversity and an inclusive ticket, and I am going to name someone that I believe the state will be familiar with and be very proud of, but the process is still in its early stages."

It is not only a lieutenant governor spot waiting to be filled, it's also an executive staff. Western New York political experts say her staff could include a few prominent Democrats from the region.

"I wouldn't be surprised at all because she's going to need some really good, loyal, talented people from Western New York to be with her particularly if the going gets tough," former Democratic Erie County Elections Commissioner Len Lenihan said.

2 On Your Side asked Fisher about which top Democrats in our area Hochul could have her eye on, he said possibly Queens native and City of Buffalo Mayor Byron Brown.

"There are people that I'm sure are on her short list. I expect though that the first appointees she is going to be looking for are not from here, but where she needs the greatest political help which is from a place that she's not from," Fisher said.

Added Lenihan: "I think she is going to have an array of great people to choose from and I'm sure she will choose wisely."