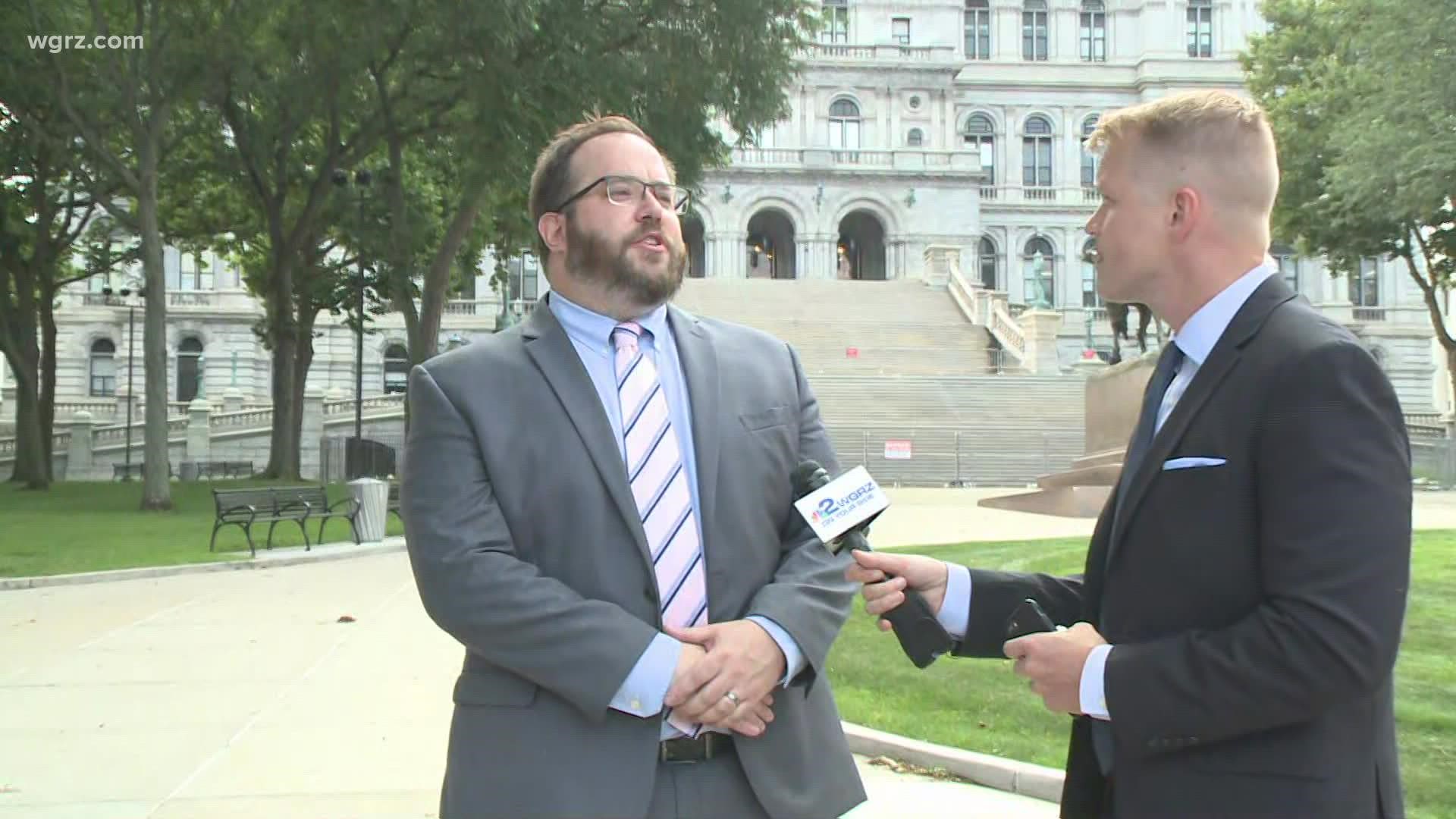 ALBANY, N.Y. — We are getting a better look at what a Kathy Hochul administration will be like when the lieutenant governor takes over for Andrew Cuomo in less than two weeks.

In an exclusive interview Thursday morning with TODAY's Savannah Guthrie, Hochul said that her administration will be very different from the previous one.

She told Guthrie, "Very first steps will be ensuring that anyone who's named in the report released by the Attorney General, being involved in any kind of unethical behavior will no longer be part of this administration. They're gone on day one. So let's get that very clear."

Hochul was also asked if she knew about the misconduct by Governor Cuomo as a member of the administration. She echoed what she said in her press conference Wednesday, "That was very much an insular situation, what was going on in his office, I think if anyone knows my career, they know that I've not been close to the governor. It's no secret. And my schedule reflects that I spend very little time in Albany, except when I'm presiding over the Senate. So I travel. I've been the the chief advocate, as chief spokesman for this administration championing causes all over the state. So I've not been in the rooms when this has happened. And it is actually sickening to me to see this surface."

“This should be an environment where all people, women, members of the LGBTQ community, anyone is free of harassment.”@KathyHochul joins us for her first live interview as the incoming governor of New York and talks about plans for her new administration. pic.twitter.com/5HCEP7L8Ua

Hochul went on to say that her administration would be very different than Cuomo's saying, "I have worked at as an administrator and executive in many situations and had many staffs. Every one of these individuals that work for me, I treat them all as family, they would they would attest that there will be a very different environment here just because of who I am. That's that's how I am."

.@KathyHochul says she trusts state lawmakers to “do what is right” when it comes to the impeachment process against Gov. Andrew Cuomo. pic.twitter.com/4hs8rqpt4S

Guthrie pressed Hochul on one of the biggest questions lingering in Albany now: should impeachment proceedings against Governor Cuomo continue after his resignation? Hochul would not commit to either side saying, "I am well familiar with the responsibilities of the different levels of government the different separation of powers, and I don't believe it's my position to weigh in on that situation. But I have full confidence in the Assembly Judiciary Committee as well as the full assembly to do what is right."

When Guthrie pushed back on the non-committal answer, Hochul says that her main priority day one would be dealing with the fight against COVID. She also said she would let the process play out independently.

When it came to masks, especially in schools, Hochul made it clear that when she has the power to make mandates children will be wearing masks in school. She also said that she believes there will be mask mandates in the future.

“I believe that there will end up being mask mandates.”

At the conclusion of the interview, Guthrie asked the question that Hochul has been alluding to in recent appearances: would she run for a full term as governor next year?

“I’m the most prepared person to assume this responsibility, and I’m going to ask the voters for their faith in me again.”

Incoming governor of New York @KathyHochul says she will run for the office after completing the term of outgoing Gov. Andrew Cuomo. pic.twitter.com/Axu1J8wwlV

Hochul, for the first time, gave a clear answer saying, "Yes, I will. I fully expect to - I'm prepared for this. I've led a life working in every level of government, from Congress to local government. I am the most prepared person to assume this responsibility and I'm going to ask the voters at some point for their faith in me again, but right now, I need their faith. I need their prayers and I need their support to make sure we get this right. And I am confident they'll see that I fight like hell every single day. It's how I'm hardwired and I'm looking forward to this challenge. And I won't let New Yorkers down."