He spoke to a masked, socially distanced crowd at a training facility for plumbers and other tradespeople. 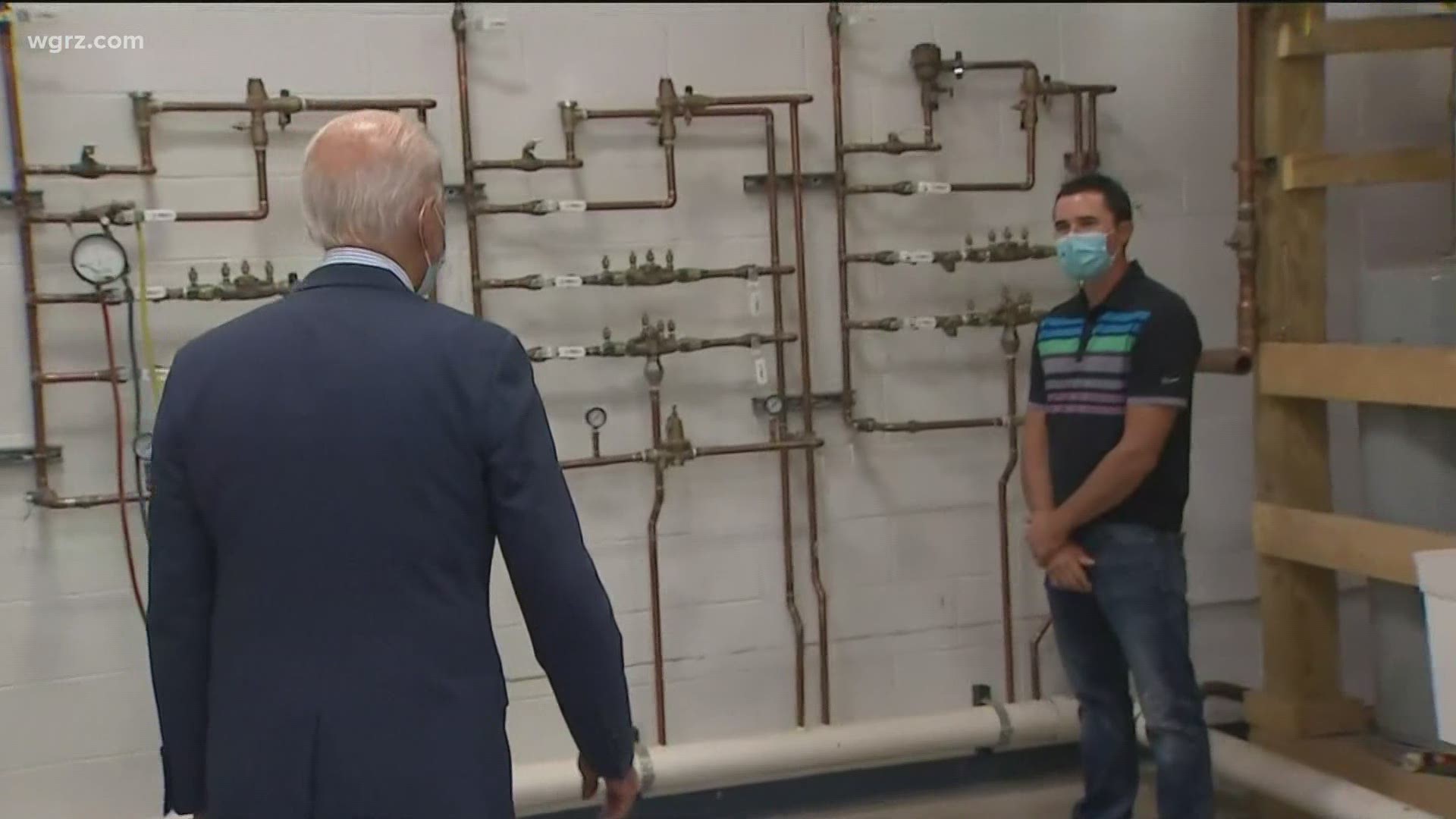 ERIE, Pa. — The Democratic nominee for President of the United States, former Vice President Joe Biden, came closer to Western New York than any candidate did during this year's campaign on Saturday.

Biden blistered President Trump as only pretending to care about the working-class voters who helped flip the Rust Belt to the Republican column four years ago.

Biden made the charge Saturday against the backdrop of a union facility in a key battleground of Pennsylvania, Erie County. Biden spoke to a masked, socially distanced crowd at a training facility for plumbers and other tradespeople.

Nowhere could Biden's pitch on the economy prove more decisive than Erie County. It was one of the most populous counties nationally that flipped from Democrats in 2012 to President Trump in 2016.

Biden camp advises Saturday stop in Erie, PA, cementing this week as busiest for in-person, battleground state travel for @JoeBiden since the onset of the pandemic.