Governor Andrew Cuomo was in Buffalo on Monday for a get out the vote rally, but he refused to answer questions from the media in Western New York. 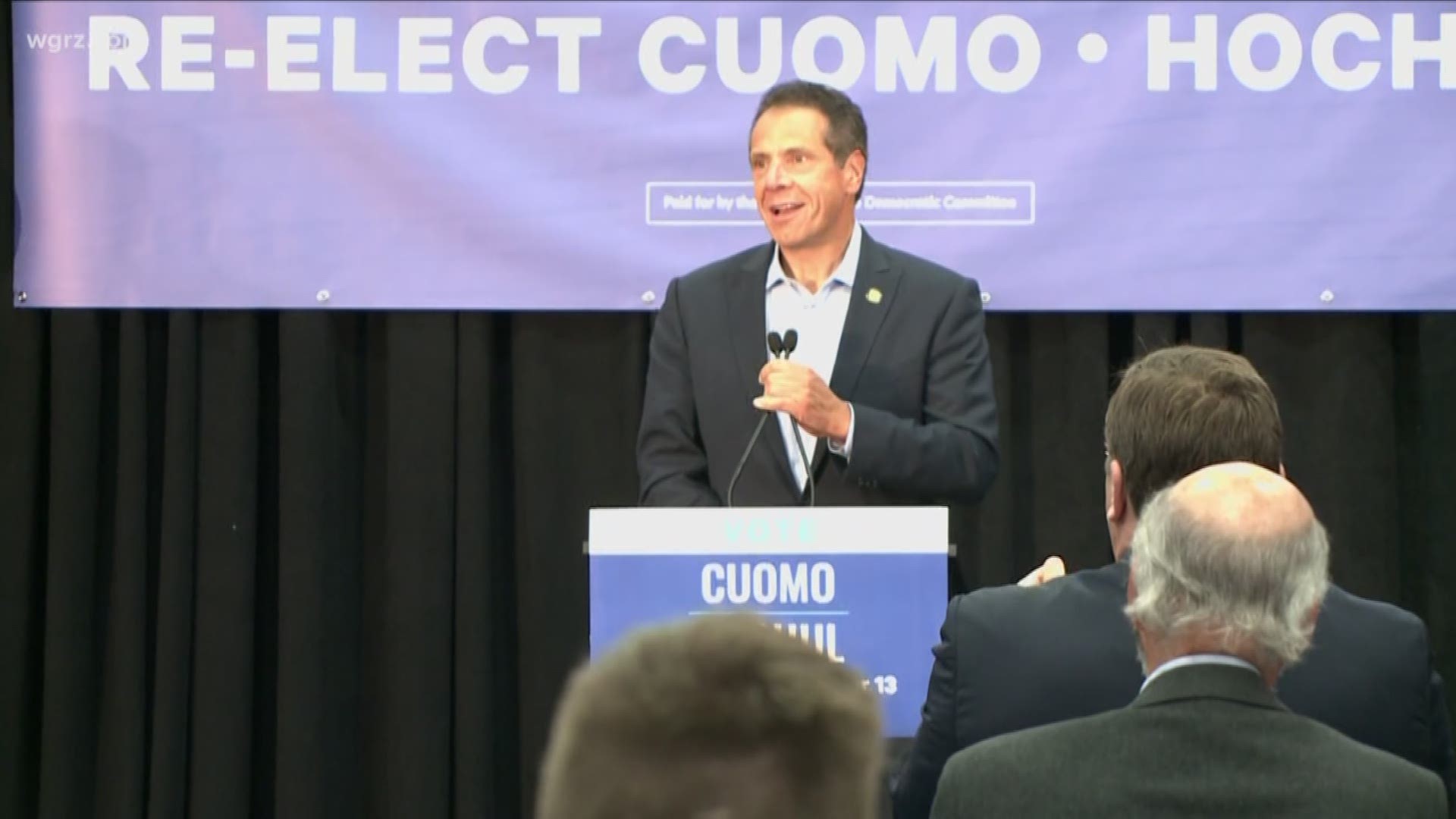 "Buffalo is back, jobs are back, unemployment is down," Cuomo said.

Those are campaign claims, which come after corruption convictions for former top Cuomo aides and concerns on hiring pledges for the Tesla Riverbend plant that cost $750 million dollars in taxpayer money. 2 On Your Side was last able to directly question the governor in April when we asked about potential congressional candidacy for Lieutenant Governor Kathy Hochul.

So we asked Jeremy Zellner, the Democratic party chairman for Erie County ,"what would you say to people who are concerned, he will not address issues upstate. Even during the debate with Cynthia Nixon. It was all downstate.

"Well, I think he just doesn't want to be put in a corner of answering for things that he's not been charged for," Zellner responded. "But again, I can't speak for the governor."

When we asked why is he not speaking to the media, Zellner said "I would tell you to jump in your car and chase him down the 90.

Reporter: I think the state police might have something to say about that."

Indeed I had an earlier encounter with the governor's state police detail. I was standing on a public access sidewalk, when I was asked to move to the other side of the street as I was trying to get video of Cuomo arriving at the Belle Center and attempting to ask a direct question.

"AIl I know is he's coming here to speak," Brennan said. "He's going to go in. He won't be answering any questions shouted at him. We would ask for a respective distance."