Questions linger over Gov. Andrew Cuomo's political future during his third term. Republican candidates are starting to line up for the race. 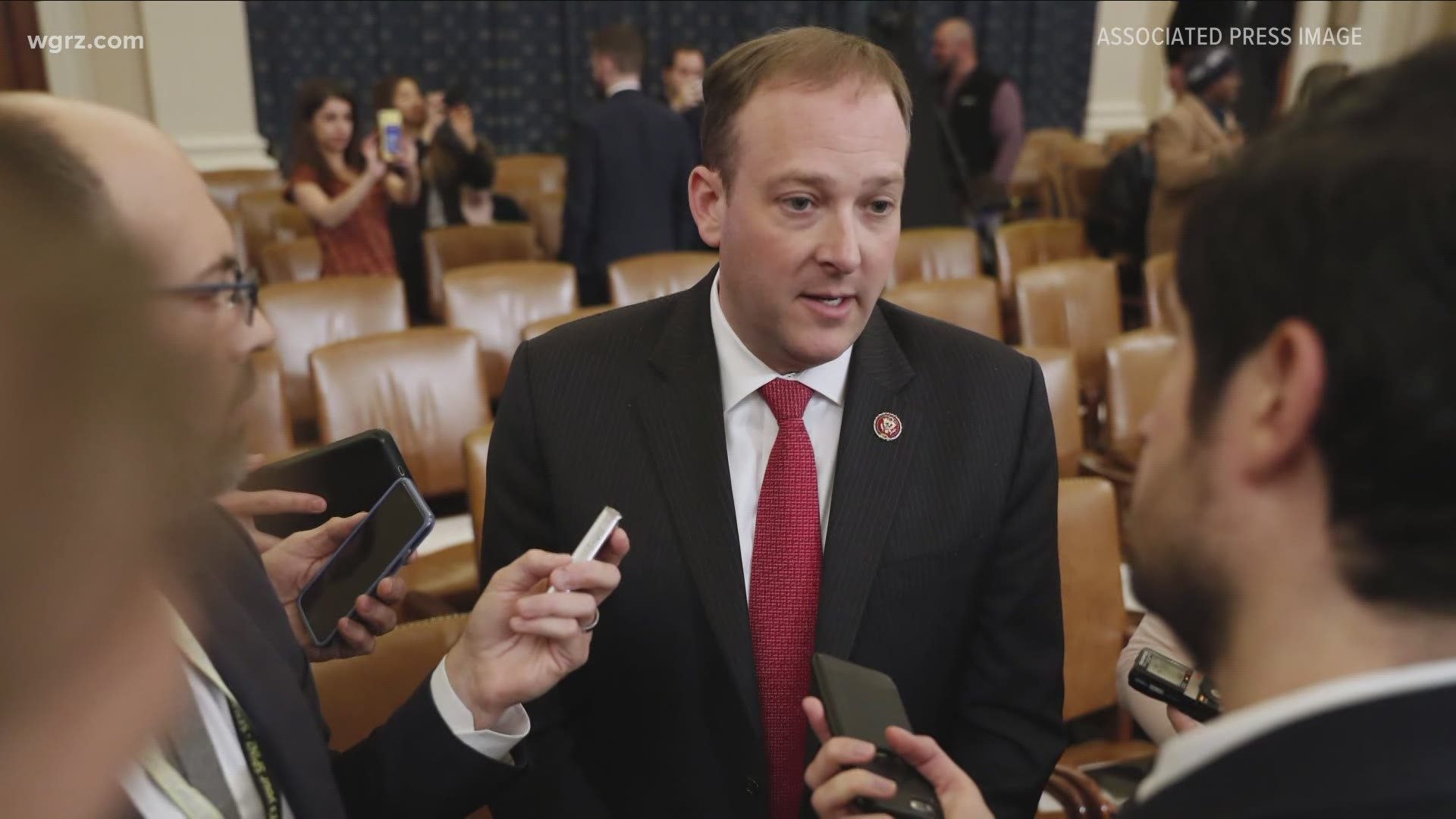 BUFFALO, N.Y. — It's been 15 years since a Republican last lived in the Governor's Mansion in Albany with total Democratic control now running New York state government.

Ironically, some well-publicized scandalous allegations and investigations of what may have happened there and elsewhere with Gov. Andrew Cuomo have Republicans seeing some daylight in their opinion for 2022.

That's why GOP party chairs gathered in Albany last week to hear from at least seven potential gubernatorial candidates, with possibly more just off stage.  And now they're using a survey for registered Republicans to see who they want in the race.

Starting early is a guiding principal for Republican State Party Chairman Nick Langworthy, who has Western New York roots. He said he has seen too many of their previous gubernatorial candidates fail for lack of resources after being selected in the spring of an election year.

"We need a longer runway to ramp up a candidacy, to get candidates ready, to compete, and to win as a Republican for the first time in this state in some 20 years. We want to elect a Republican governor," he said.

The Democrats obviously have to answer the question of will he or won't he when it comes to Governor Cuomo. That is, will he seek a fourth term?

But Erie County Democratic Chairman Jeremey Zellner is obviously confident, just the same, as he says: "I think it's a little early to presume who our candidate could be, if the governor is going to run again, if he's not going to run again. So I think at this point, we do have a very talented deep bench in our state."

Langworthy makes this claim: "I don't think the Democrats in this state have the courage to dump him. They don't show it, and we're going to put forth an alternative agenda, a common sense agenda for New York, and a candidate for governor that can resonate downstate and upstate."

Of course, now that Democrats have state government in their grip, the question is, can they keep it that way and how do they size up their potential opponents?

Zellner says: "We've got a pretty strong bench of candidates if the governor chooses not to run. He's going to have to make that decision based on whether he feels he has the support or not."

He adds this about the Republicans: "They bring no ideas to the forefront for the State of New York. They're going be playing for second place for all the statewide elected offices next year, because they are out of touch with New Yorkers."

Whatever the political barbs back and forth, there are realities in this deep blue New York state where Democrats hold an enrollment edge of more than 3 million voters.

2 On Your Side asked Langworthy: "Realistically, how can you compete when you've got that registration edge so far against you?"

Langworthy says they must appeal to the sizable bloc of independent, non-affiliated voters and seek what he calls crossover Democrats in both upstate and downstate, with an appeal to them as taxpayers.

He also points out that other states, such as Massachusetts and Maryland, have elected Republican governors. But while those states do have Boston and Baltimore, they do not have a factor like New York City, which is overwhelmingly a Democratic area.

But finally, again, there's the factor of the governor who had originally said he wanted a fourth term, which would eclipse his father's tenure. So to Zellner we asked, does this put a cloud over it?

He replied: "I don't think anybody is waiting and seeing here. I think the governor is doing a good job of working to get the budget done right. Now whether he runs or not, politically, is a question for another day."