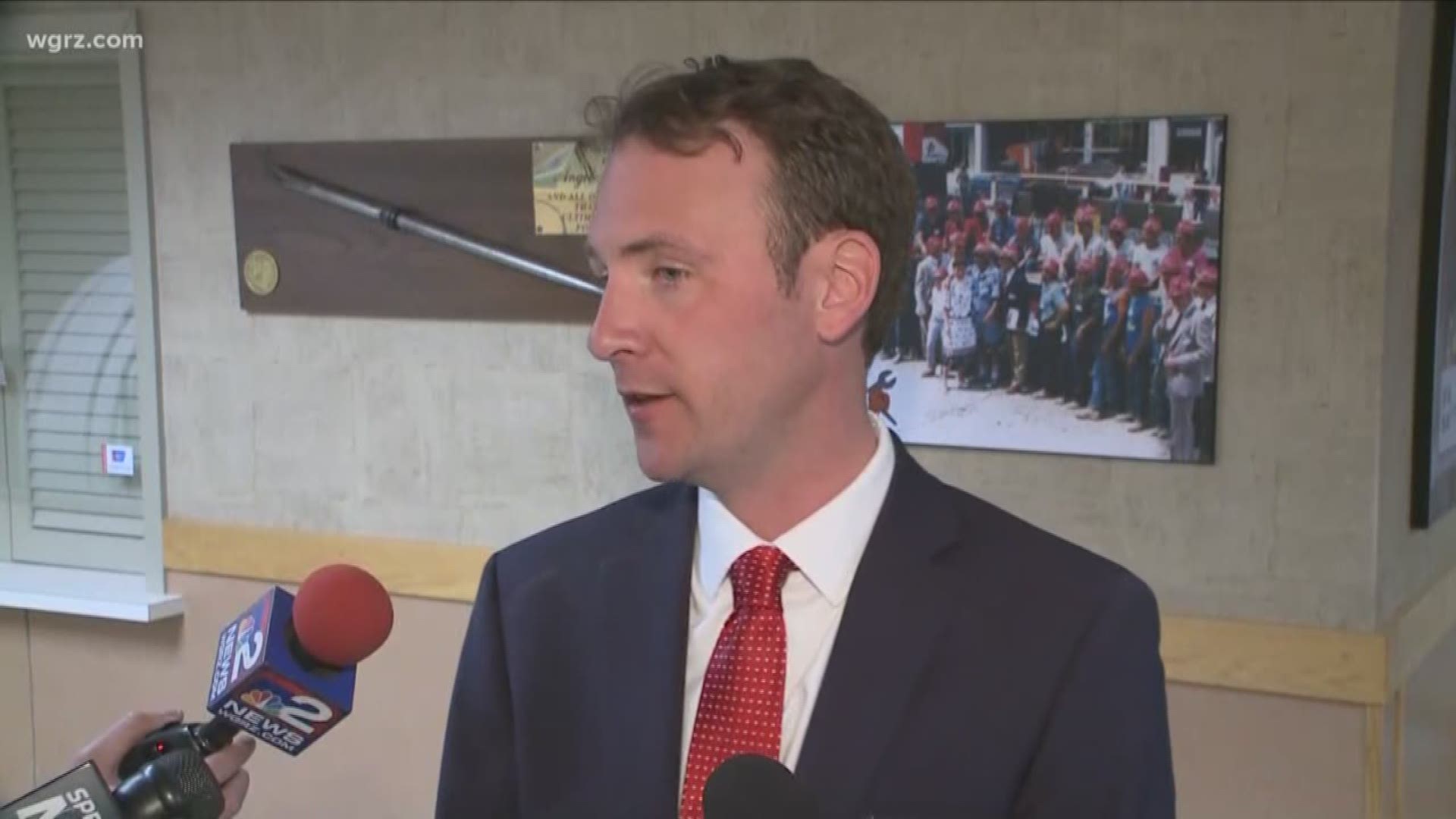 As of 10:25 p.m., with 96-percent of precincts reporting, Bohen has 53-percent of the votes, compared to Erie County Legislator Patrick Burke's 47.

The local teacher has never held office, and this election was his first time running.

Bohen is a Democrat who ran on the Republican line because he hoped to be seen as a moderate and independent voice. Bohen also had the Conservative and Independent party lines.

Bohen says he would aim to improve the local workforce by increasing vocational programs to recent graduates and working with small businesses.

There was no primary for this special election, so all constituents of South Buffalo, Lackawanna, West Seneca and Orchard Park voted Tuesday.

The seat was vacated by Michael Kearns when he ran for and won the Erie County Clerk Election, and Bohen had Kearns' endorsement as his replacement.