The Theodore Roosevelt National Historic Site on Delaware has been added as the Erie County Board of Election's 38th early voting location. 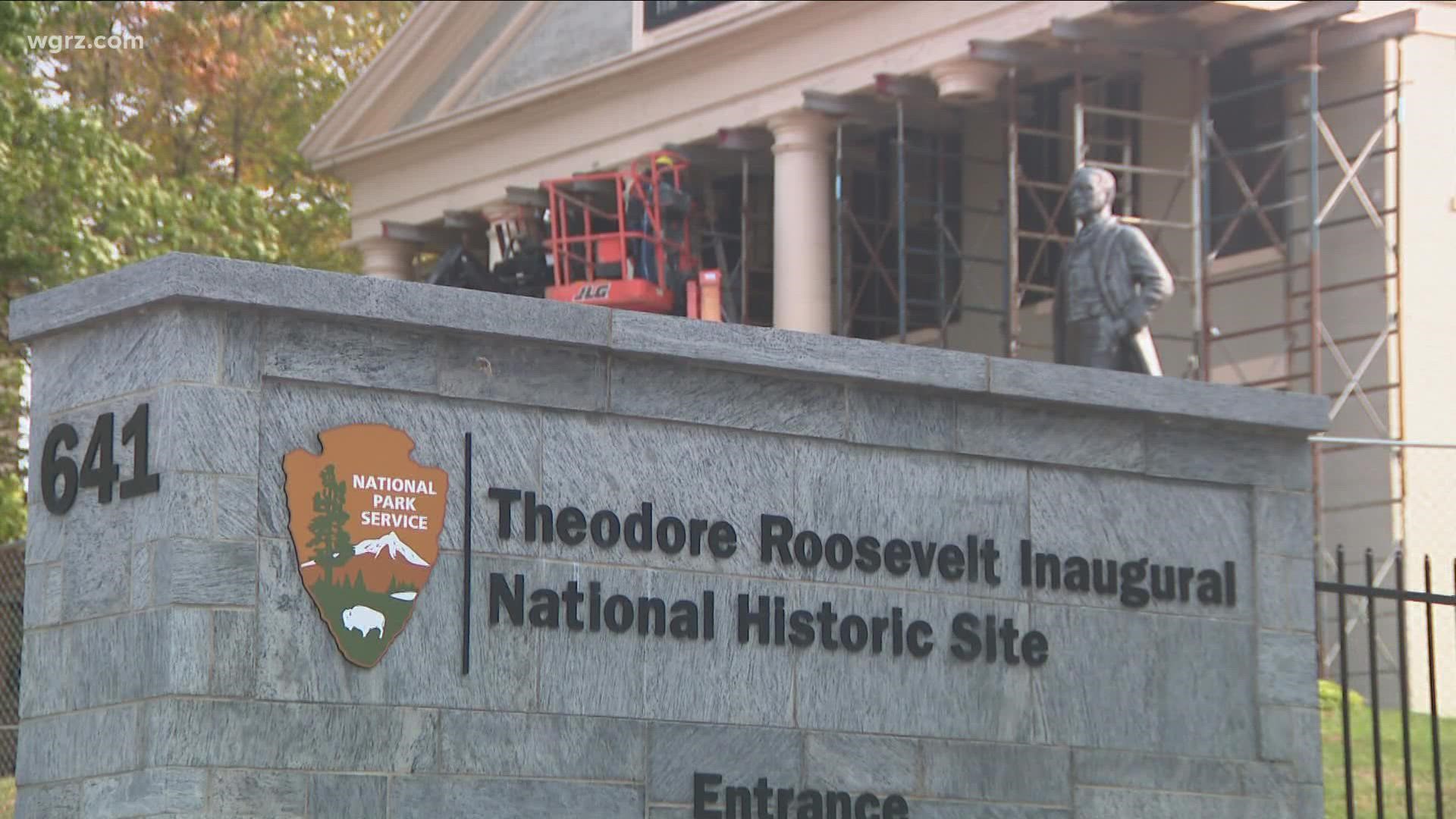 BUFFALO, N.Y. — The Erie County Board of Elections has added a historic site to its growing list of early voting locations.

The Theodore Roosevelt Inaugural Site, also known as the Wilcox Mansion, will be the BOE's 38th early voting site starting with the 2021 general election.

The mansion is where Roosevelt took the oath of office on September 14, 1901, following the assassination of President William McKinley at the Pan Am Exhibition in Buffalo.

“In one of his most important speeches, ‘The Duties of American Citizenship’, delivered in Buffalo on January 26, 1893, TR said that ‘every man must devote a reasonable share of his time to doing his duty in the political life of the community, said Stanton Hudson, Inaugural National Historic Site Executive Director.

“As we celebrate our 50th anniversary in 2021, the TR Inaugural Site is pleased to partner with the Erie County Board of Elections to provide an additional location for voters throughout Erie County to exercise this fundamental responsibility of American citizenship.”

More information on early voting can be found here.