There are five statewide ballot proposals this year. One of them would amend the apportionment and redistricting process in New York State. 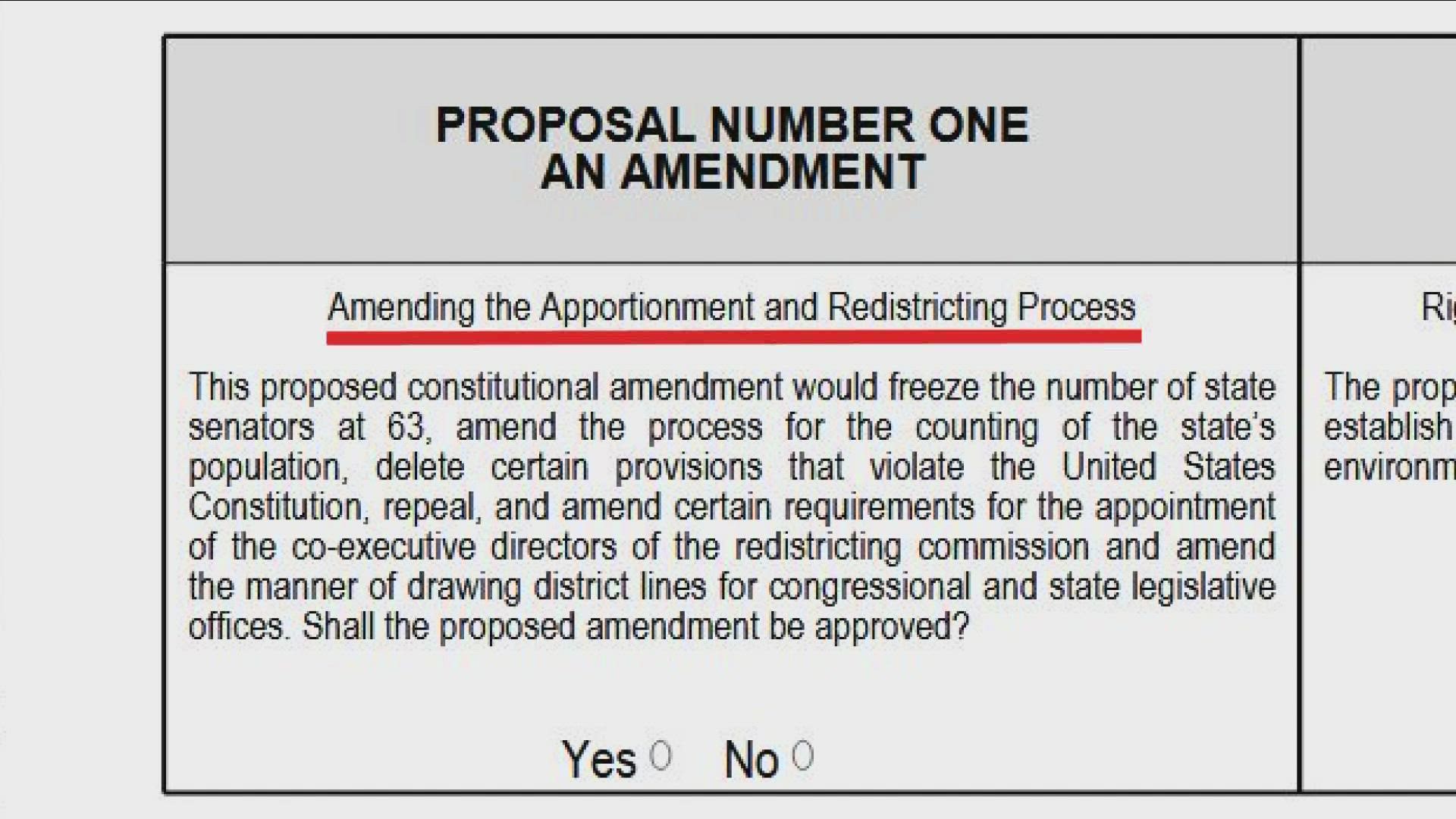 BUFFALO, N.Y. — There are five statewide ballot proposals this year.

The first proposal would amend the apportionment and redistricting process. This is the proposal with the most information to read through.

If approved, it would "freeze the number of state senators at 63, amend the process for the counting of the state's population, delete certain provisions that violate the United States Constitution, repeal and amend certain requirements for the appointment of the co-executive directors of the redistricting commission and amend the manner of drawing district lines for congressional and state legislative offices."

The abstract and text combined are almost 5,600 words long and almost 11 pages single-spaced.

So, to help explain Proposal 1, 2 On Your Side went to SUNY Buffalo State political science professor Peter Yacobucci.

"The party is doing really well, you want to increase. If your party is not doing very well, you're going to want to decrease. So, sticking at 63 will have the impact of whatever the majority party is now, since they're winning those seats now and there's such a strong incumbency advantage, that will help lock in that majority for that party," he added.

"The other one has to do with the independent redistricting commission that was established back in 2014. That commission was designed to make a bipartisan of redistricting after the decennial census every 10 years, and a way to think of that is the commission is forced bipartisanship. It is forced to have right now under current state law it has to have co-executive directors," he said.

"Each of those directors, one is from the Democratic Party, one is from the Republican Party, no matter what the vote strength is of the parties within the state. Part of this ballot initiative will take that off and remove that and simply make it a vote of the independent redistricting commission to pick the two co-leaders, then they could be from both parties. Probably unlikely, but it could be," Yacobucci said.

A yes vote would approve this amendment, and a no vote would oppose it.

Ballot Proposal 2 is a proposed amendment to the New York State Constitution to establish the right of each person to clean air and water and a healthful environment.

A yes vote would approve this amendment, and a no vote would oppose adding it to the constitution. Six other states already have constitutions that guarantee environmental rights.

Ballot Proposal 3, if approved, would eliminate New York State's ten day advance voter registration requirement. A yes vote approves it, and a no vote opposes it.

Right now, you have to be registered to vote at least 10 days before an election, or you can't vote in that election. This proposal would get rid of that requirement, meaning the New York State Legislature would be authorized to enact laws allowing you to register to vote less than ten days before the election. That could open the state up to same-day voter registration, which is already allowed in twenty states.

"The states that currently have this have very little evidence of fraud. That was the accusation against it, it would involve election fraud. There's almost no evidence of election fraud in those states in comparison to other states, and so this may be much to do about nothing, and it might be inevitable that this is coming," Yacobucci said.

Ballot Proposal 4 also has to do with voting. It would authorize no excuse absentee ballot voting. A yes vote approves the amendment, and a no vote opposes it. Before the COVID-19 pandemic became an allowable excuse, you could only vote by absentee ballot in New York if you weren't going to physically be in your home county on Election Day, or if you were sick or living with a disability.

This proposal would get rid of those requirements for all elections and allow any registered voter to vote by mail. The majority of states already allow this.

And the final statewide ballot proposal has to do with the courts; specifically, the New York City Civil Court.

It would increase the New York City Civil Court's jurisdiction by allowing it to hear and decide claims for up to $50,000. Right now, the limit is $25,000.

Once again, we turn to SUNY Buffalo State's Peter Yacobucci.

"It's a quirky system in New York to change jurisdictions of a court. It has to go through a state process even though this only affects courts in New York City. You asked how does this affect voters in Western New York. Directly, it doesn't. Unless you have a case pending down in New York City, or something pending in New York City, you would really have, this would have no impact on you whatsoever, except that it should free up State Supreme Court to have more time to take cases that they should be taking and get some of the backlog out of the State Supreme Court system," Yacobucci said.

These are just the statewide ballot proposals. Your city, town, or village might have other ones on the ballot, too.

You can look up the ballot you'll be getting in 2021 by going to your county board of elections website. Election Day is November 2. 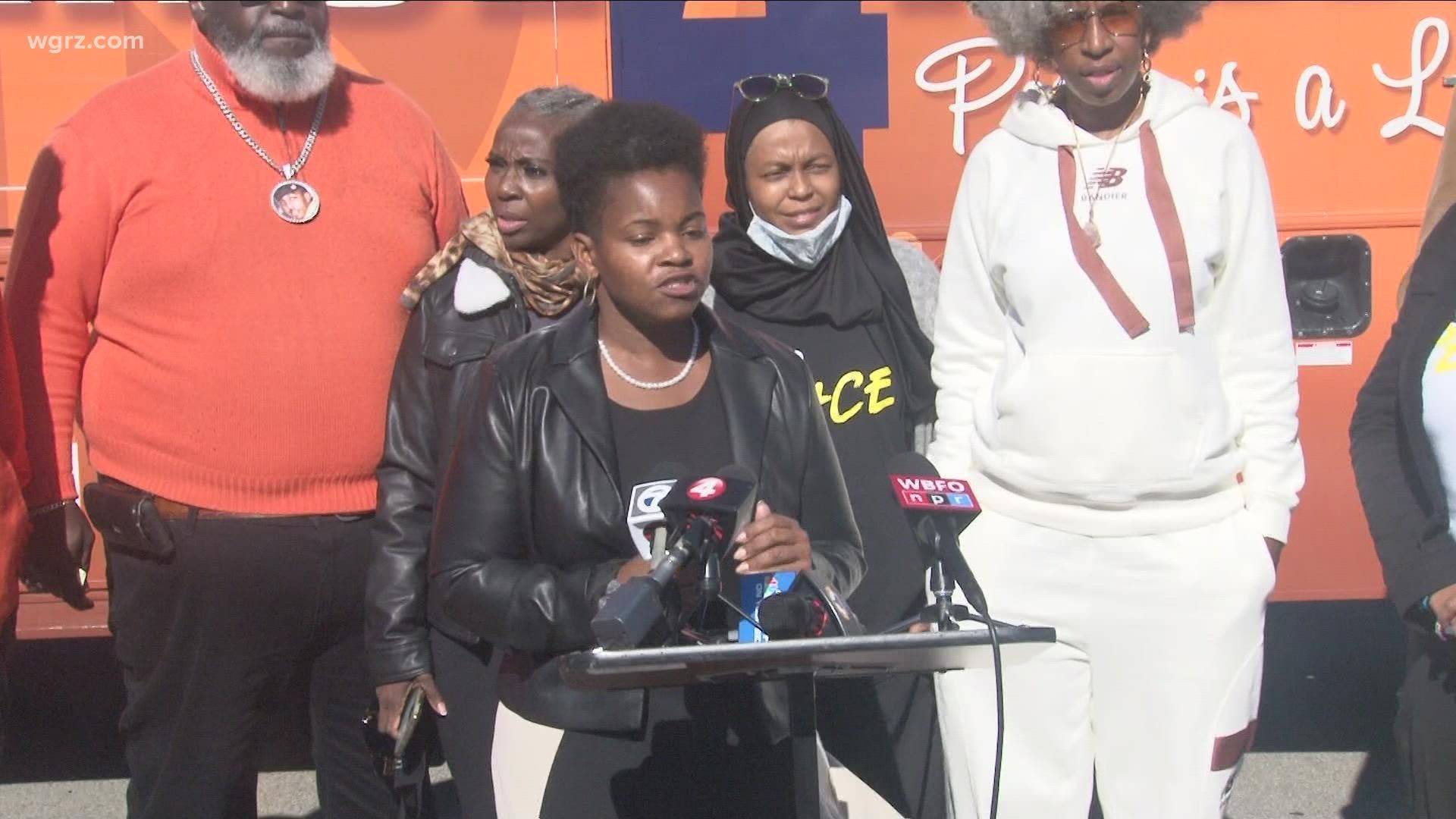