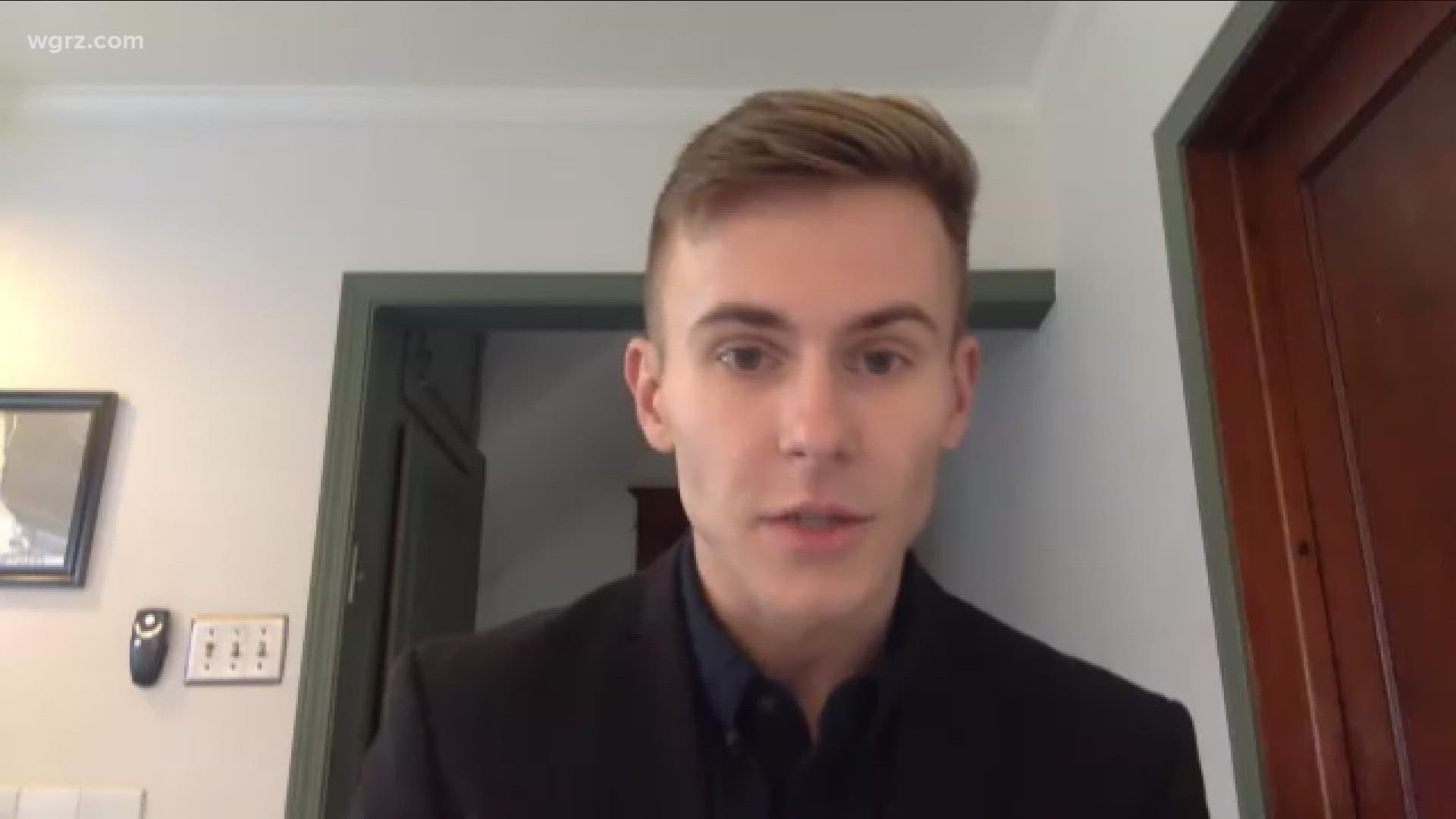 NORTH TONAWANDA, N.Y. — There will be someone new, but with plenty of City Hall experience, in the mayor's office in the City of North Tonawanda.

2 On Your Side spoke with the youthful mayor-elect who will take office in January for the Lumber City.

As Austin Tylec sees it, "It's definitely an easy stepping stone right when you're in office for four years."

So despite his youthful appearance and at age 29, Tylec already did have a North Tonawanda City Hall perspective as an Alderman at large.

He pointed out: "You're working with department heads, community members, the mayor, other council members. It's the experience you need to become a  mayor, no question about that."

Tylec knows he'll face a challenge leading the Canal community because he is definitely outnumbered with his affiliation, so it's a definite bipartisan approach, even as he must now work with his Republican opponent, who will still be a city council member.

"This is the first time we're having a Democratic mayor in many years. We will have a five-person Republican council, and so obviously there's going to be some challenges," Tylec said. "But I'm excited to work with all those council members. The good thing with it is, there's a balance, right?

"Oliver Street, our City Market. Our downtown is doing phenomenal. Tonawanda Island is just ripe for the picking. Bring up population with new development. Fix up some of those old areas of NT that, really, really have a lot of potential," he said.