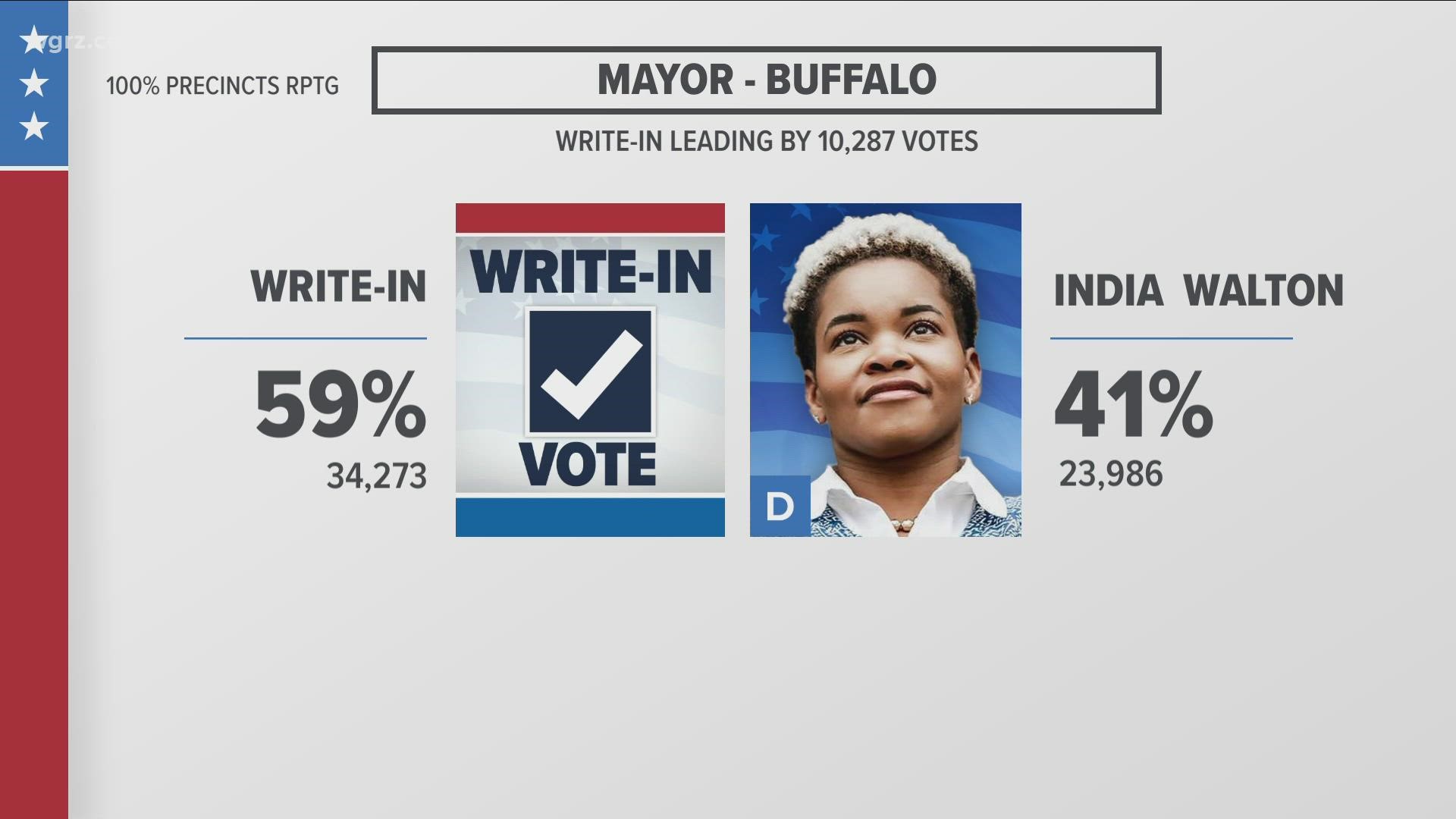 BUFFALO, N.Y. — As the votes continue to be counted to determine the winner of the Buffalo mayoral race, India Walton addressed the City of Buffalo in a long statement on social media Wednesday afternoon.

While noting that the votes are still being tabulated Walton said, "We anticipate that the margins will narrow, it seems unlikely that we will end up with enough votes to inaugurate a Walton administration in January." She also went on to praise her campaign and its accomplishments during this election.

2 On Your Side reached out to Walton clarifying whether or not this letter was a concession. Walton told 2 On Your Side's Claudine Ewing "this is not a concession" adding that they're "still waiting for the final canvass."

You can read the full statement from India Walton below:

My statement on last night’s election results, threaded below for accessibility. pic.twitter.com/4FNeBxHSkE