There were four people in the debate, though much of the focus going in centered on two: Democratic primary winner India Walton and four-term Mayor Byron Brown. 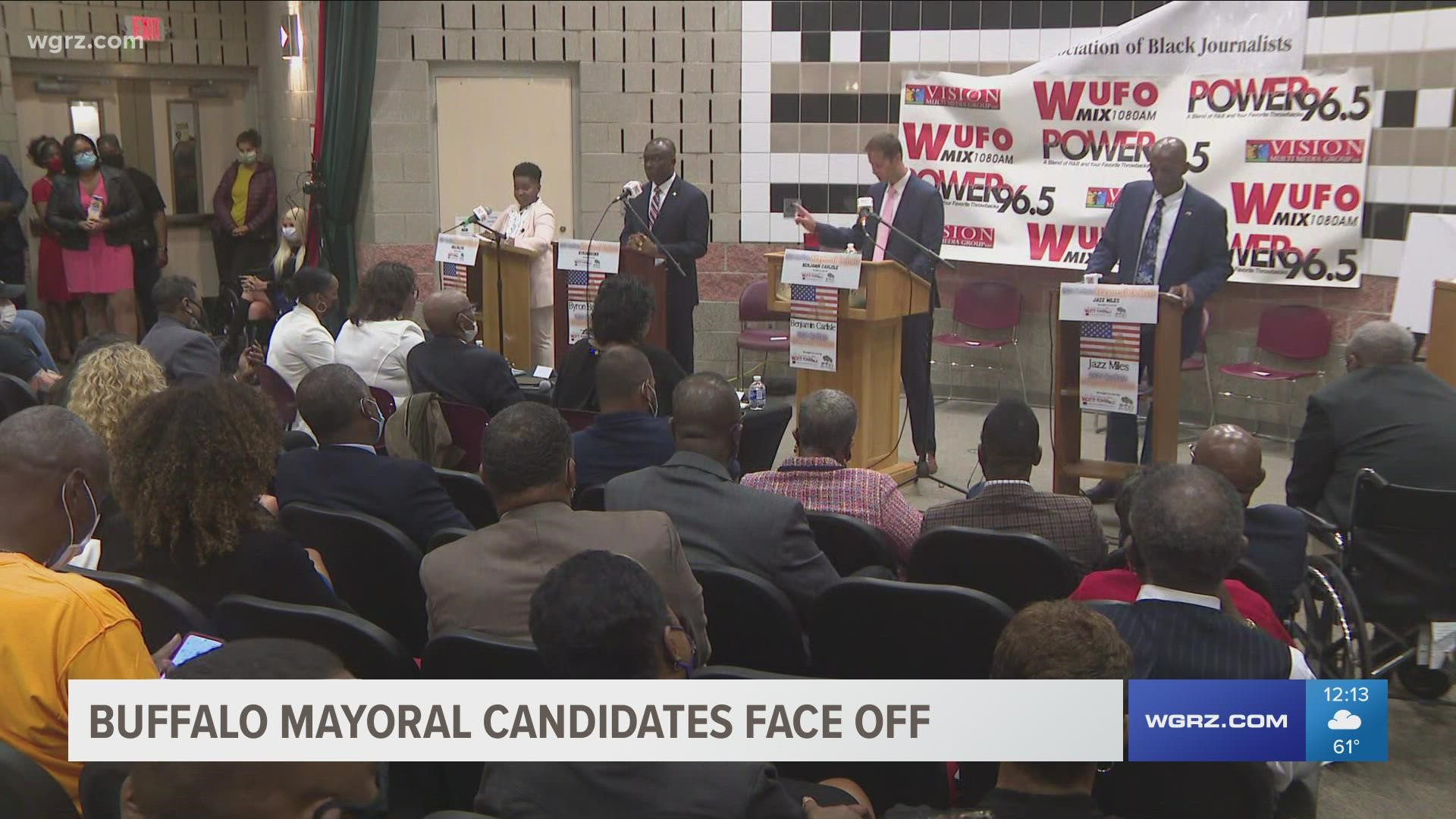 BUFFALO, N.Y. — For the first time, we heard from the candidates who are running in Buffalo's mayoral election on November 2.

There were four people in the debate, though a lot of the focus going into the event centered on two: Democratic primary winner India Walton and four-term Mayor Byron Brown.

The other two candidates were Benjamin Carlisle, who is an attorney, and Jaz Miles.

In her closing statements, Walton appealed to the people of Buffalo to make a change after 16 years.

Brown repeatedly reminded the audience of his long tenure running the city and ticked off some of accomplishments.

"The choice in this election couldn't be more clear," Brown said. "It's a choice between proven results and false, empty promises."

The 90-minute debate featured some of the usual barbs lobbed between the political opponents.

2 On Your Side's Claudine Ewing was among the panelists asking questions of the candidates.

Brown had previously agreed to take part in a mayoral debate that WGRZ planned on co-hosting along with The Buffalo News, WNED-TV, and WBFO radio, but Walton declined. Brown did not want to debate leading up to the Democratic mayoral primary in June.