A Harvard Youth Poll found 15 percent more young Americans are likely to vote in the 2020 election than they did in the 2016 election. 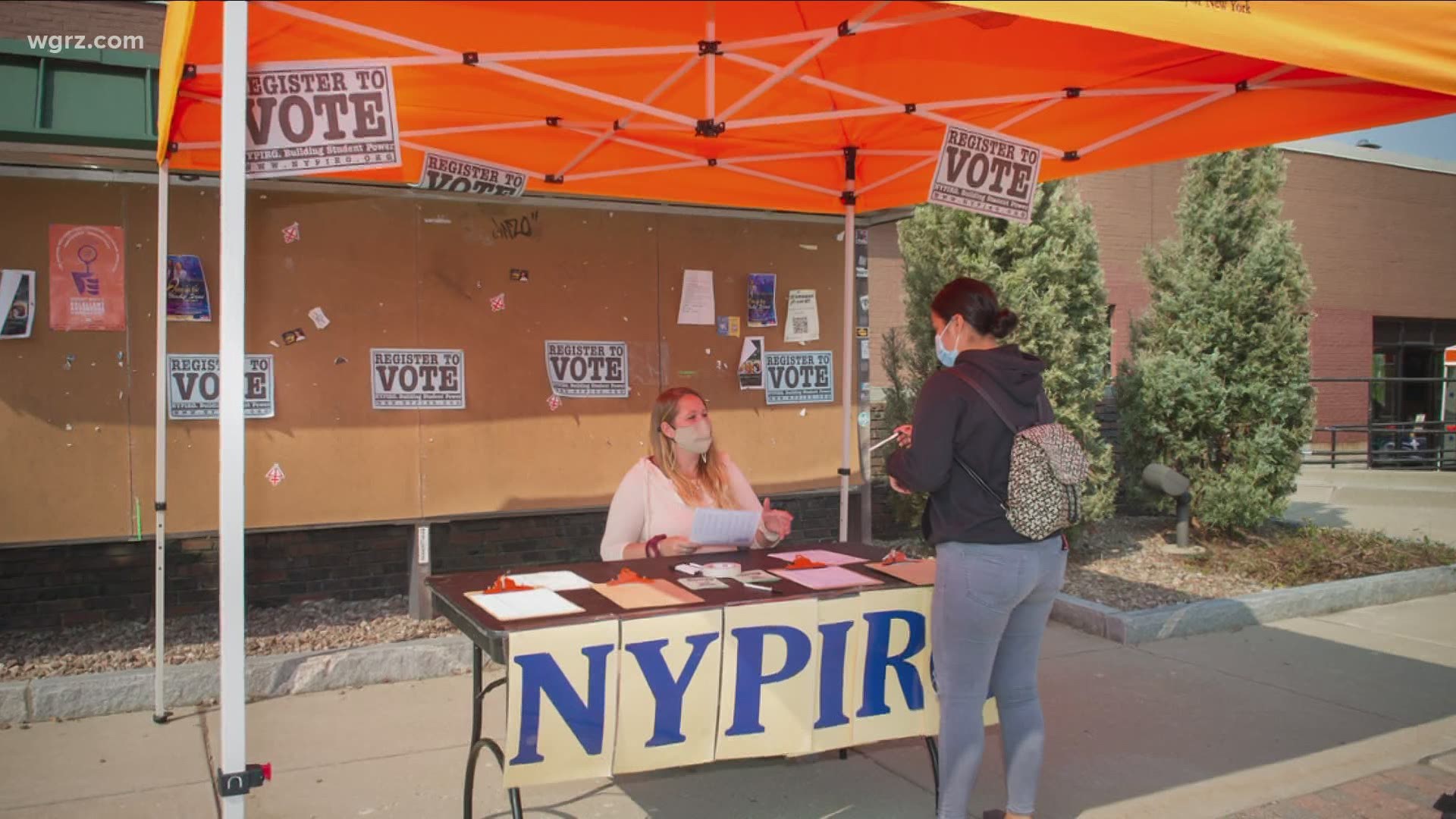 BUFFALO, N.Y. — The countdown is on. With less than a week to go until Election Day, last-minute efforts are being made by groups around the country to get voters to the polls.

That includes young Americans, who experts say are likely to have a historic turnout in the 2020 election.

According to research released on Monday by the Institute of Politics at Harvard Kennedy School, Americans ages 18 to 29 are showing the same level of enthusiasm for voting this year as they did back in 2008, yet another historic election, when Barack Obama was sworn into office.

So, why are the youth mobilizing more so this election cycle than they did four years ago?

She says given what is at stake combined with the current social, environmental, educational, financial, and political climate, students are aware of the direct consequence silence has on their futures.

NYPIRG is a statewide, student driven, non-partisan political organization serves as a resource for students across seventeen campuses and helps students organize, especially during times like these.

A socially distanced conversation with two college students, 20 and 21 years old, about the #2020Election… These first time voters not only motivated me but inspired me with their thoughts and concerns… 2016 V 2020. Not the same for young ppl. At all. @WGRZ pic.twitter.com/GbQPS0sXFQ

Madison Mack and Jacob Fleuricot are Buffalo State students and are voting for the first time ever in a presidential election, this year.

Mack says that even though it's her first time voting for a president, she's not unaware of what's at stake just because she's 21.

"For our generation, we're not just going to lay down and take what's handed to us. We're going to take what we want," Mack said.

Mack joined Buffalo State's NYPIRG chapter this semester and has been doing her best to encourage her peers to get educated and involved.

"Because we can get messages out quicker, in an instant, it's so much easier to get mobilized," Mack says.

Fleuricot has been an environmental activist since he was in high school, and he says that for him one of the more important issues on the ballot is climate change. Beyond that, he want's to see an America and an administration that values the input of youth.

"Adults, I just feel as if they live in the past. This is today," Fleuricot says. "It's time to give off the baton. Why aren't there youth in the government already?"

"These are issues that are directly impacting their lives and they're coming together to finally fight up against them," Mayberry says.

A lot can and has happened in four years, throw technology in the mix, and the entire climate is different. For young people, being able to use technology when dealing with political issues is a familiar way to amplify their voices for all to hear.

Together, both friends agree, maybe that's not a bad thing.