On Election Night, the race was too close to call with 19,000 absentee ballots requested. 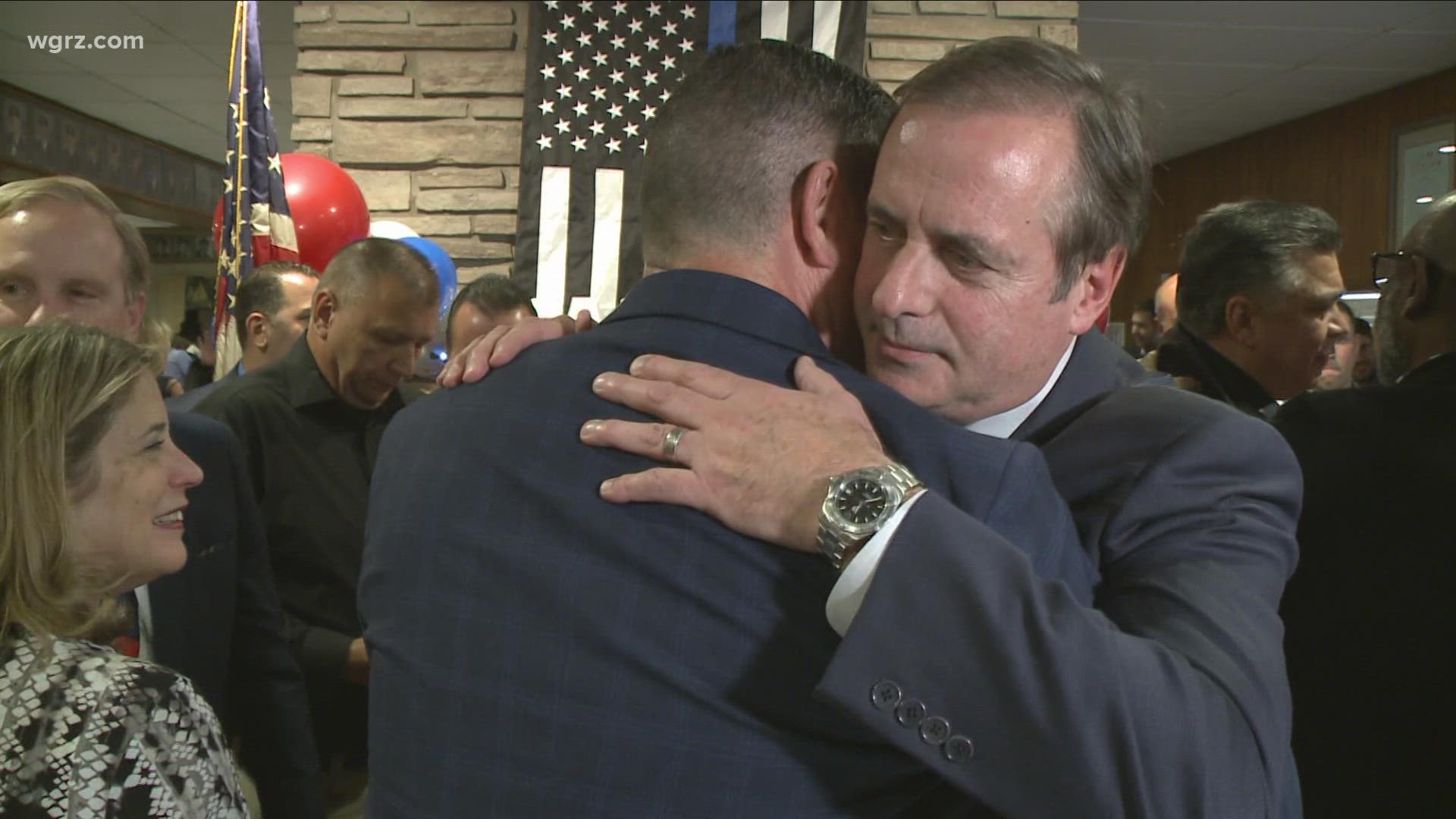 BUFFALO, N.Y. — After over a decade the Erie County Sheriff's Office will have a new person in charge, but we will not find out who that will be on election night.

The run for Erie County sheriff between Kim Beaty and John Garcia came into play after former ECSO Sheriff, Tim Howard served for 16 years, and was not seeking another term in office.

Beaty is a former Buffalo Deputy Police Commissioner and would be the first female sheriff. Beaty won June's Democratic Party primary and is endorsed by the Erie County Democratic Party.

While Karen Healy-Case who carried the Conservative line dropped out of the race but was still on the ballot along with Independent Ted Dinoto.