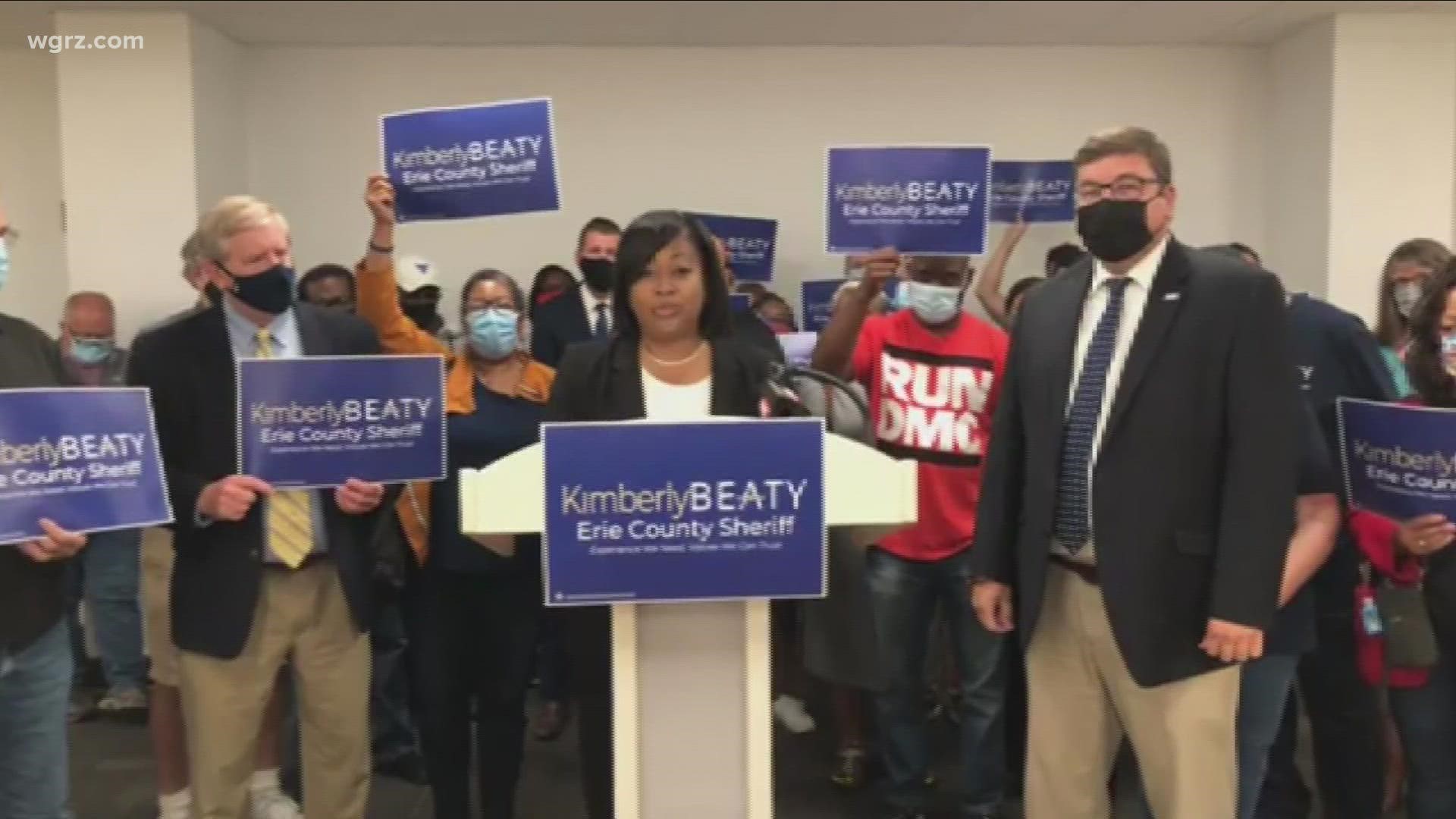 BUFFALO, N.Y. — The four-way race for Erie County Sheriff will certainly be one to watch this November, and on Saturday, Kim Beaty was officially endorsed by the Erie County Democratic Party.

Beaty defeated the endorsed Democratic candidate, Brian Gould, in the June primary. That was a hotly contested race.

"We've been working hard all summer," Beaty said. "We know we have a lot of work to do, and we have 45 days to get it done. I do expect to be the next Erie County Sheriff. We have a great opportunity to make history, but more importantly, we have the opportunity of now, to fix law enforcement in Erie County. The power of now works when we work together."

Beaty issued a statement, welcoming the endorsement. It read, in part:

"The job of any law officer, especially the Sheriff, is to ensure the safety of every citizen and oversee those in custody in a manner that respects the rule of law and reflects the values of our community. On all these counts, the Tim Howard Administration has failed. My Republican and Conservative opponents want to follow in his footsteps, which makes our victory on Tuesday, November 2 even more important.

"I want to thank my fellow Democrats and in particular Chair Jeremy Zellner for helping build our campaign and uniting behind me since the June primary. If we work together, I know that on Election Night we will celebrate a new era of integrity and the return of public trust in the Erie County Sheriff’s office."