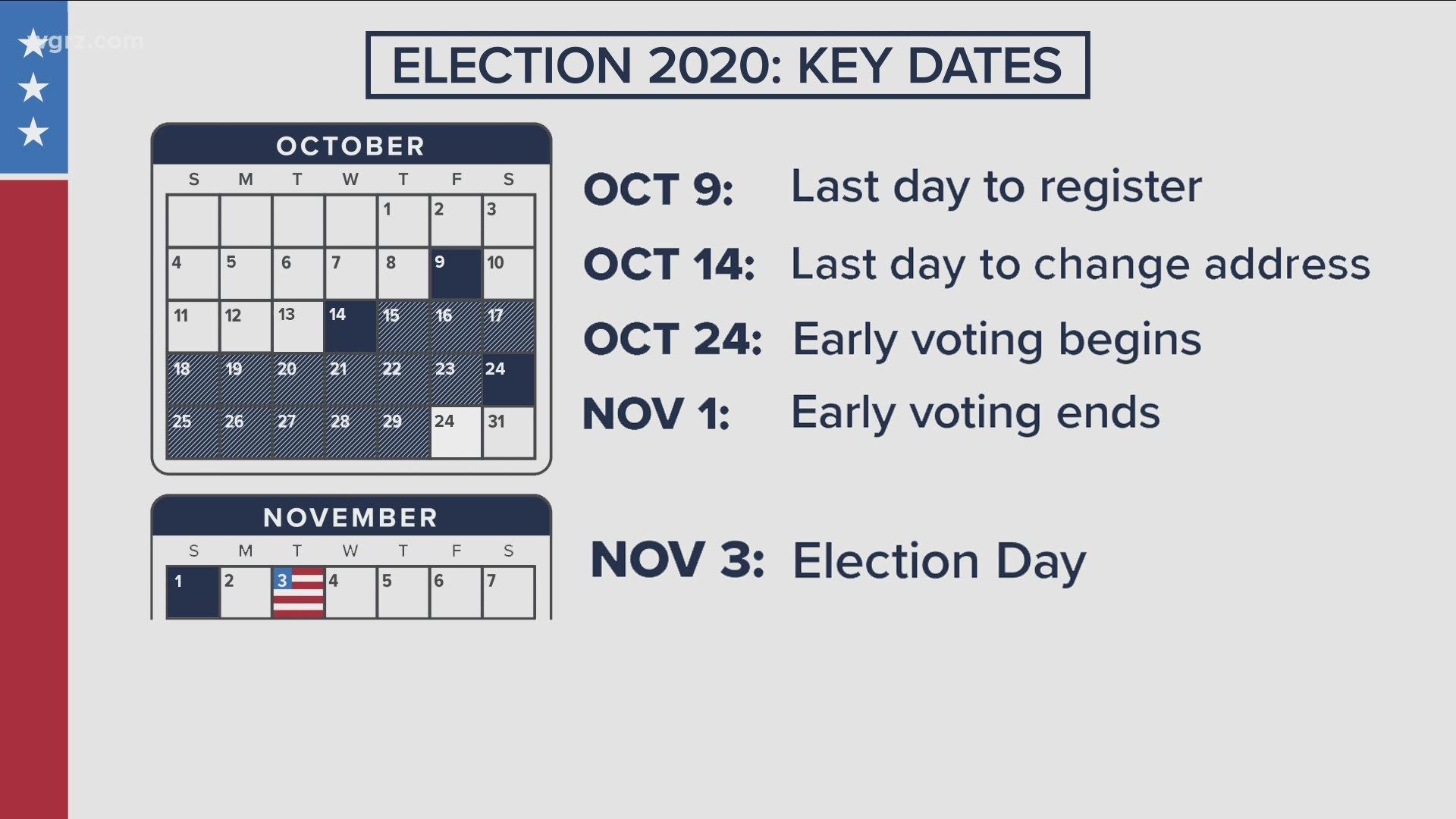 BUFFALO, N.Y. — We are exactly one month out from Election Day — with a number of hotly contested seats up for grabs, not just the White House, but also a number of State Senate and Assembly races. And, with the coronavirus pandemic, voters will notice a lot of changes this election season.

We had the chance to talk to the Erie County Board of Elections about what’s expected of voters during early voting and on Election Day.

"We’re asking folks to wear a mask and we’re asking them to stay apart from one another they should be six feet apart but we ran an election in the height of this pandemic back in June and it was safe, secure and no one got sick so folks should understand that it’s still going to be safe," said Erie County Elections Commissioner Jeremy Zellner.

Zellner says there have been no issues in getting poll workers and there will be people sanitizing voting booths.

Voters who may be concerned about voting in person, they can request an absentee ballot which can be mailed or dropped off at an early voting site or a polling station.

The board of elections says it is processing more absentees than it has ever has before — more than 70,000 we’ve been told — and voters are encouraged to get their absentee ballots in as soon as possible, because of delays with the mail.

"I think the busiest time we had with absentees was four years ago and I think we processed something like 24 or 27,000 so we’re well above twice as much as we’ve ever been able to do our staff is working incredibly hard day and night at the board to get these things done," Zellner said.