The Erie County Board of Elections has an eye on the hotly contested race for mayor of the City of Buffalo. 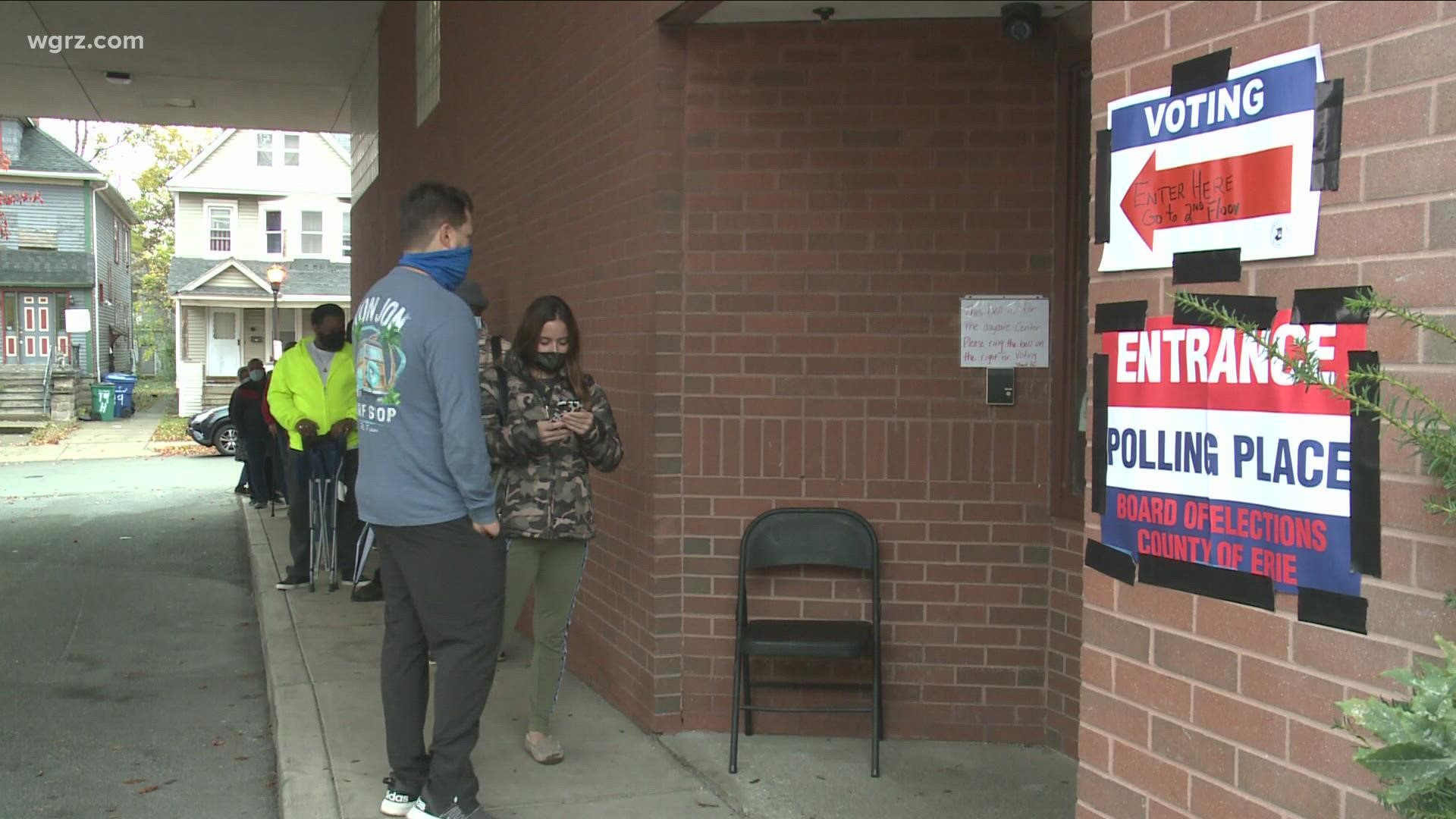 BUFFALO, N.Y. — We are just a day away from early voting starting across New York State.

With this election cycle a non-presidential year, lower turnout is expected at polls for early voting. But officials at the Erie County Board of Elections do have their eye on polling locations in the City of Buffalo, because of the hotly contested race for Mayor.

Mayor Byron Brown, who is running for a fifth term as a write-in candidate, is trying to fend off a challenge from India Walton, who has been endorsed by the Erie County Democratic Committee.

"So, we may have some poll sites within the City of Buffalo that may experience some lines, but we anticipate that we'll be able to handle them and move everyone through quickly," Republican Erie County Elections Commissioner Ralph Mohr said.

There is one new polling place in Erie County this election cycle: the Wilcox Mansion on Delaware Avenue in Buffalo.

Voters once again can cast their ballot at any early voting location. That will change come on Election Day when you have to vote where you're registered.

"All of our voting is connected so that folks cannot go vote at other locations we know who voted we don't know how they voted," Democratic Erie County Elections Commissioner Jeremy Zellner said.

COVID-19 protocols will be in place.

"We're asking all the voters that come to the polling places to observe the COVID protocols that are at that specific location, so if you're attending a location that's a school that requires masks we're asking voters to please abide by it," Mohr said.

Not only could there be mask requirements, but also social distancing rules as well.

"The vast amount of voters that came out last year were terrific we had very few problems with anyone at the polls," Zellner said.

"With the COVID pandemic over the last year and a half it's become very difficult to attract poll watchers and poll workers," Mohr said.

Also, remember that early voting ballots aren't counted until polls close on Election Day and you can't go to any polling station on Election Day, you have to go where you're registered.

Here is a full list of the Early Voting locations.

Here is also a full list of the propositions that will be on the ballot.