Incumbent Byron Brown needs to capture just under 70% of the more than 36,000 write in votes cast to claim victory over the Democratic candidate, India Walton. 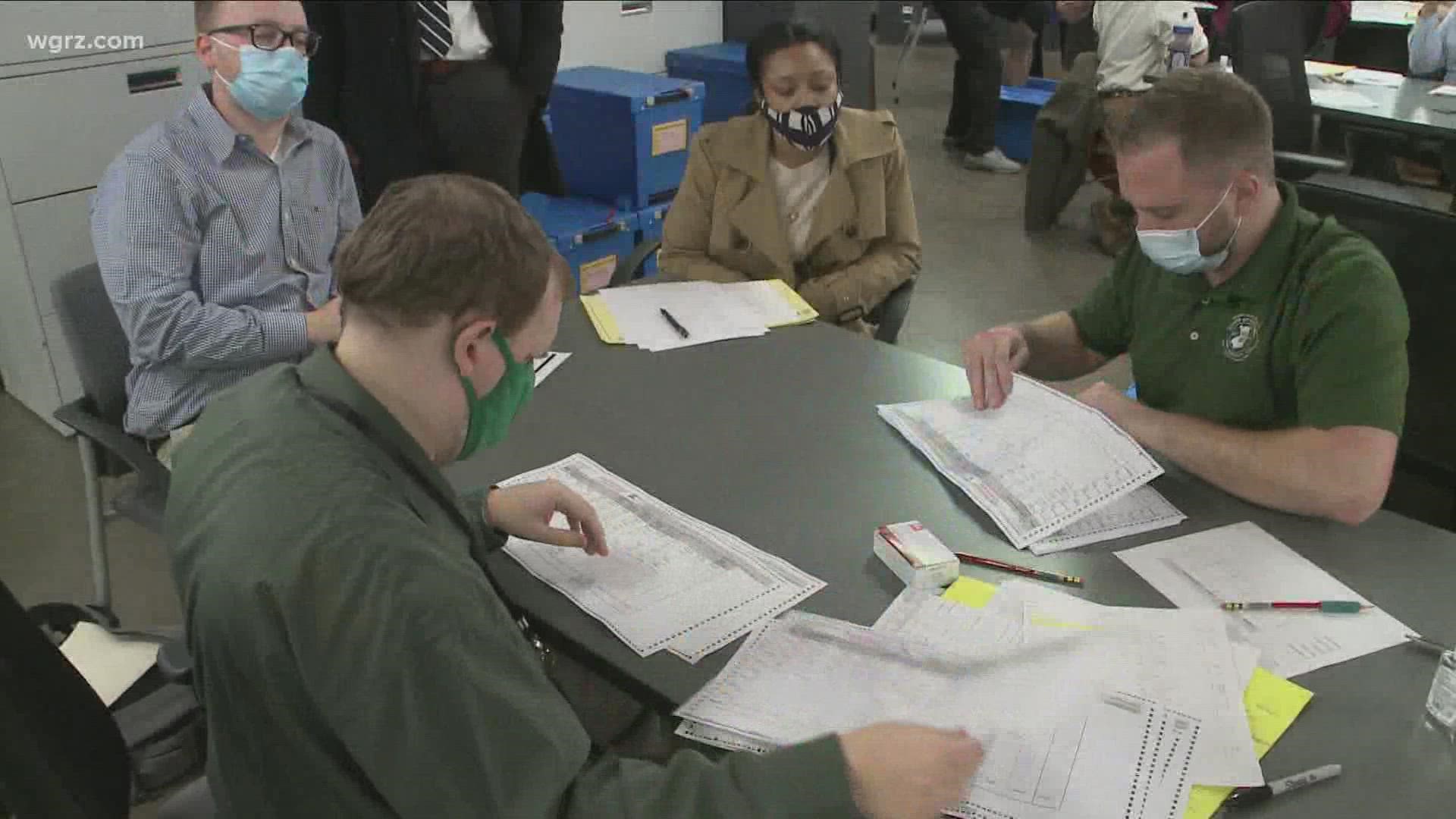 BUFFALO, N.Y. — The Erie County Board of Elections on Wednesday began the task of tabulating the write-in ballots that were cast in the hotly contested Buffalo mayoral race earlier this month.

There were an unprecedent number of write-in votes, more than 36,000, cast in the election held on November 2.

Following the election India Walton, who by virtue of her victory in the June primary election was the only Democratic candidate to appear on the ballot, had garnered 41% of the vote.

However, write-in candidates received 59%, and it has been widely presumed that the vast of those were cast for incumbent Mayor Byron Brown, who waged an aggressive write-in campaign.

While it may take nearly a week to complete the entire process, it may not take that long to determine a winner.

Tabulators may learn within another day or two whether or not Brown has garnered enough votes among the 36,439 write-ins to surpass the 25,198 votes, which Walton received.

Brown needs to capture just under 70% write-in votes to win, and there were early signs that he was on his way.

"The first districts we've gone through are in the Delaware (council) District, and the vast majority of the write ins went to Mayor Brown," confirmed Republican Erie County Elections Commissioner Ralph C. Mohr. "If that trend continues throughout other areas of the city it's very likely Mayor Brown will embark on a fifth term here as mayor."

Indeed, after just the first day of counting write-ins, in which 45 districts out of a total of 291 (15% of districts citywide) were canvassed, Brown collected 5,705 votes.

That reflects 99% of the write in votes tabulated thus far.

At the Board of Elections offices on West Eagle Street, boxes of ballots are brought up in an elevator, then rolled in on hand trucks for the first step of the process, which is to reconcile the number of ballots known to have been cast in each election district.

The counting of the 36,000+ write in votes cast in the race for Buffalo Mayor began today. A look at the process and where things stand at 4,5,&6 pm on @wgrz TV 2 #Buffalo pic.twitter.com/EM3hRb4x1v

"Once that reconciliation takes place and we account for every single ballot, we begin the process of looking at the ballot to determine what the write in votes were," Mohr said. "That requires an actual visual inspection and sorting out of the ballots to the various piles for the different write-in candidates."

On Wednesday, the job was being done at six tables where sat two board of elections staffers who act as canvassers, under the watchful eyes of representatives of the respective campaigns.

The Board of Elections canvassers determine if the write-in vote was properly cast and will be counted.

However, in the event that a candidate representative disputes it, then a copy is made of the ballot and provided to the side that raised the objection

"This is so they can have a copy of the ballot, and so they can preserve  their rights if they want to challenge our ruling sometime in the future," Mohr explained.