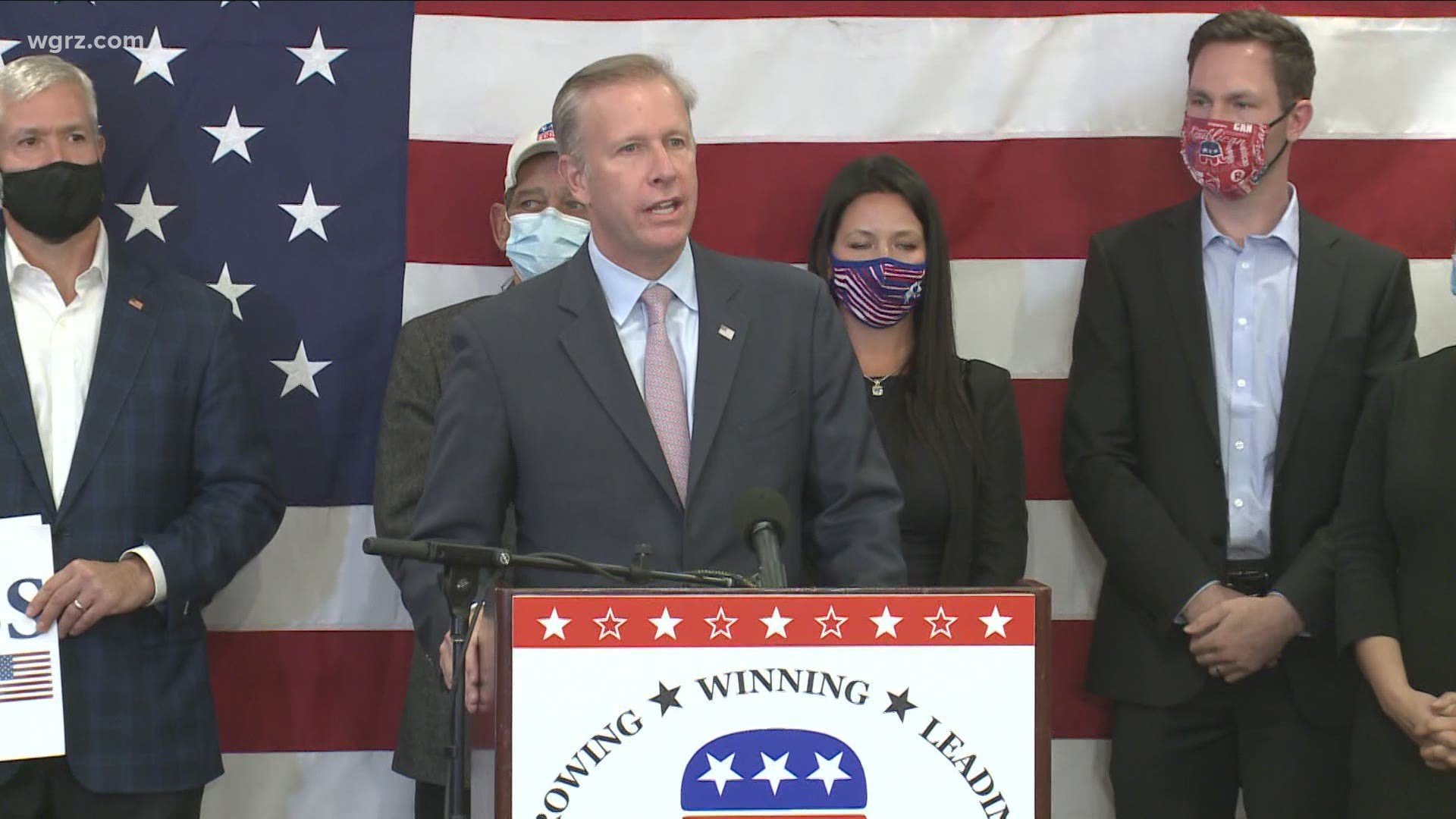 BUFFALO, N.Y. — Congressman Chris Jacobs (R) has declared victory for the U.S. Congressional 27th District seat. However, there are still thousands of absentee ballots that won't be counted for weeks.

Jacobs is running against Democrat Nate McMurray as well as Duane Whitmer (L) for the U.S. Congressional 27th District seat.

During a press event at Nate McMurray's campaign headquarters at the UAW Local 686 in Lockport, McMurray said he would not concede Tuesday night.

2 On Your Side's Leanne Stuck asked McMurray his response to Jacobs declaring victory.

McMurray almost beat Collins for the seat back in 2018.

The U.S. Congressional 27th District includes all of Orleans, Genesee, Wyoming, and Livingston counties and parts of Erie, Monroe, Niagara, and Ontario counties.

“As we did in the Special Election, we have amassed an insurmountable lead in the election tonight, and we are confident victory can be declared. I want to express my gratitude to voters of NY27 for putting their trust in me - it has been the honor of my life to represent the people of Western New York these past few months. I am deeply eager to filling a full-term fighting for this region to rebuild our economy, create good-paying job opportunities, support our farmers, and improve our infrastructure." 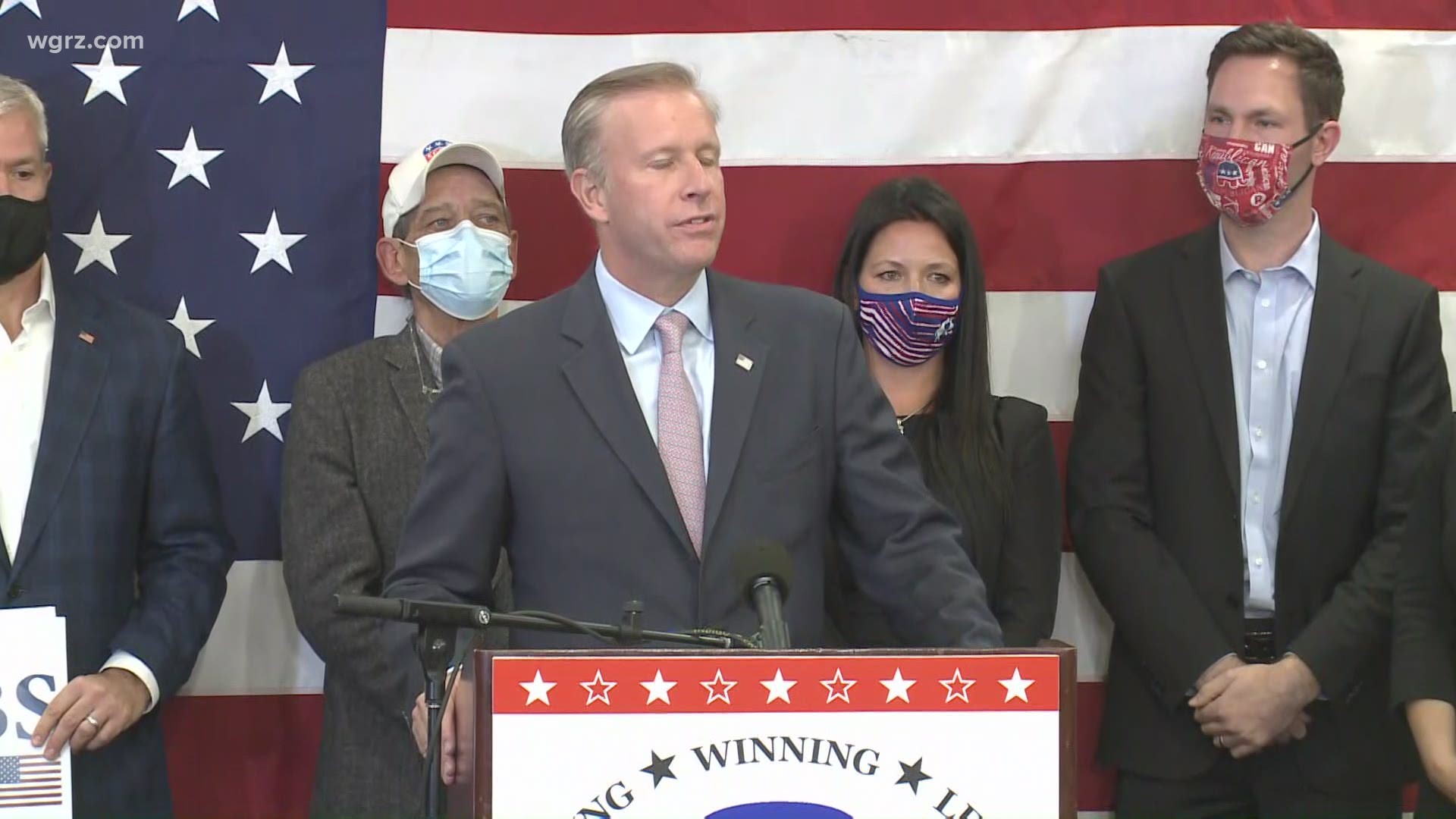