Many of the proposals being put forth by the likely next Mayor of Buffalo are being called impractical or illegal by the union representing officers. 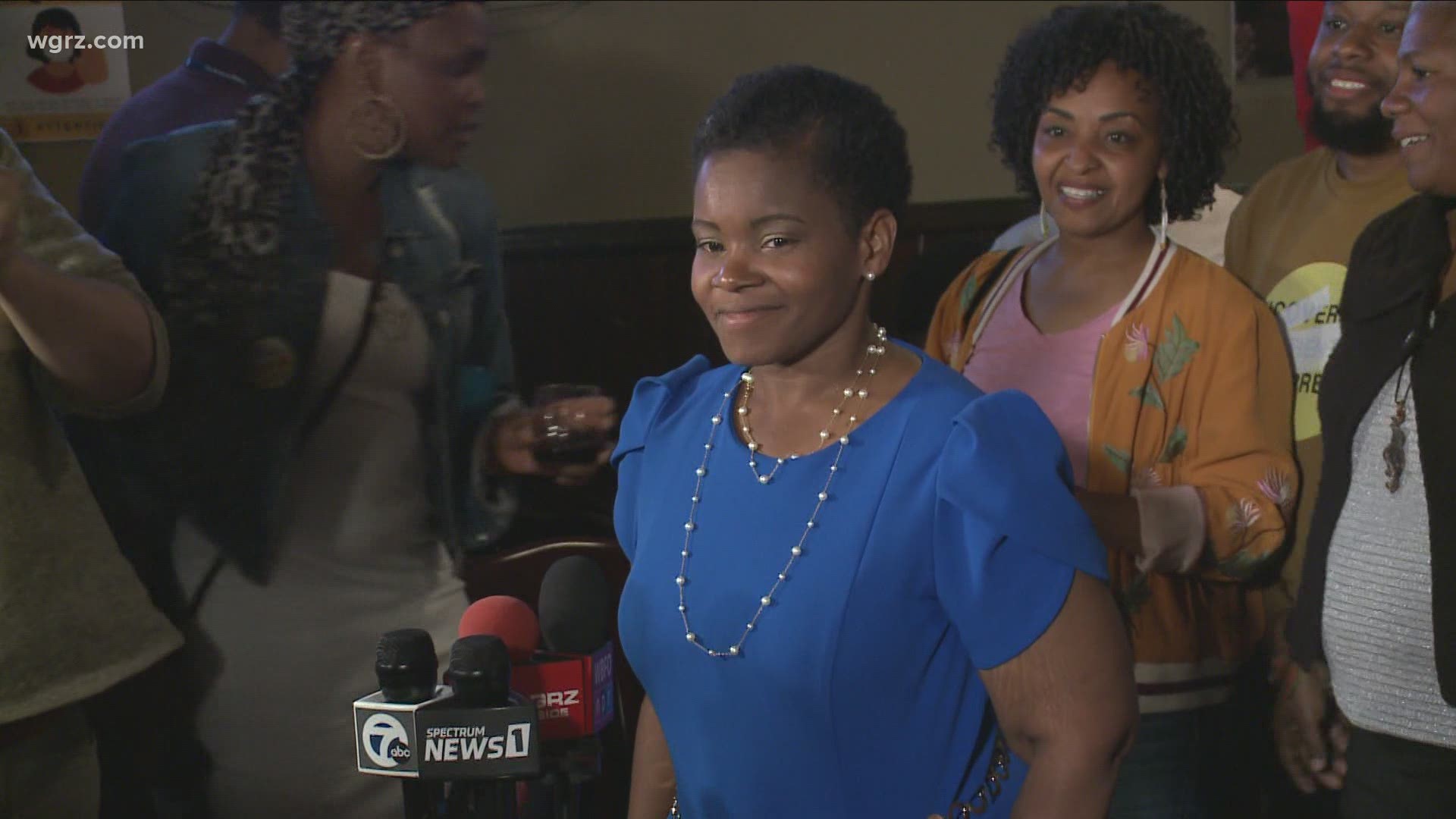 BUFFALO, N.Y. — Less than 24 hours after India Walton’s stunning upset of four-term incumbent Buffalo Mayor Byron Brown in the Democratic Party’s mayoral primary, the union representing Buffalo Police officers is drawing a line in the sand to many of the police reforms Walton has proposed.

Police reform was a key plank in Walton’s platform, and as the next (for all intents and purposes) mayor of the city, Walton, a longtime community activist and organizer, would be in a better position than anyone to achieve those reforms.

However, while she would be expected to appoint a Police Commissioner who almost undoubtedly make policy changes that would fall in line with her vision for policing in the city, her power to implement some of the wholescale reforms would be far from unlimited, and her proposals may face many of the same hurdles that reform efforts have previously encountered.

The opposition to many of those starts with the police union.

“Once she gets in place, she may realize that a lot of things she maybe ran on or hoped to do aren't attainable or realistic," said John Evans, president of the union representing Buffalo Police officers.

Starting with Walton’s call to establish an independent police oversight board with investigatory and subpoena powers, and which could involve itself with police disciplinary matters.

"That’s been deemed by the courts to be contractual," noted Evans, meaning it’s something the police union would have to agree to in its collective bargaining agreement with the city.

“We have no intentions of negotiating that out," Evans said firmly.

According to Evans, another of Walton’s proposals to allow the public to participate in the negotiation of the union contract would a violation of both the Taylor Law and its Triborough amendment.

“Unless there are changes to that (in the state) legislatively we're fine with the way things are," Evans said.

“I don’t know how she would differentiate a mental health call when it comes in and say it’s not a call for police but some mental health team instead. … And a lot of mental health calls do become violent and are very unpredictable. It’s a recipe for disaster,” Evans said.

He also believes Walton would set out to defund the police, even though that term does not appear in her platform.

“She wants to reallocate resources. … Call it what you will, but when you reduce a budget, it’s defunding," said Evans, noting that Walton has advocated for $7.5 million in cuts to the department.

“Most of our budget is spent on payroll, so that means lots of layoffs,” Evans said.

Walton believes that less money spent on policing could mean more money for youth employment, after-school programs, and education, which would enhance public safety more than "throwing more police officers at the problem.”

If we want real public safety we need to invest in our communities, not keep throwing more police at the problem. pic.twitter.com/ulacgKUUS4

Walton’s proposal to establish a civilian Traffic Safety Division to enforce routine traffic safety laws and remove police from routine traffic enforcement is nonsensical, according to Evans, who questions what kind of authority any civilian has over another.

Her call to mandate unpaid leave for officers under investigation for brutality, according to Evans, would currently be illegal. “State law mandates that the officers are paid after 30 days," Evans said.

As for several other of her proposed reforms, Evans says they lack clarity.

One example, he says, is Walton’s plan to end enforcement of low-level drug possession by directing police not to arrest people for simple possession of a small amount of drugs and paraphernalia, such as syringes.

Mayor Byron Brown had already directed the police department to stop arresting people for simple possession of small amounts of marijuana more than two years ago, recognizing that the State of New York would be legalizing it.

“But when you talk about syringes and small amounts of drugs, are we talking about cocaine, heroin, and fentanyl as well?  I guess you would also need to clarify what a small amount is,” Evans said.

Similarly lacking clarity, according to Evans, is Walton’s pledge to “order the Law Department to conduct a full review of the city's ability to discipline and fire bad police officers, and to defend disciplinary decisions to the fullest possible extent."

“Here again, you’d need to define what a bad police officer is. An officer has thousands of interactions with people in a year. If an officer who, over a 20-year career, has just one complaint against them per year that would be 20 complaints. Is he or she then a bad officer, and who makes that determination?” Evans asked.

In conclusion, Evans said, “I think she’s got an ambitious plan that’s not realistic.”