'The people chose one of the greatest comeback stories in our history': Byron Brown declares victory in Buffalo mayor race 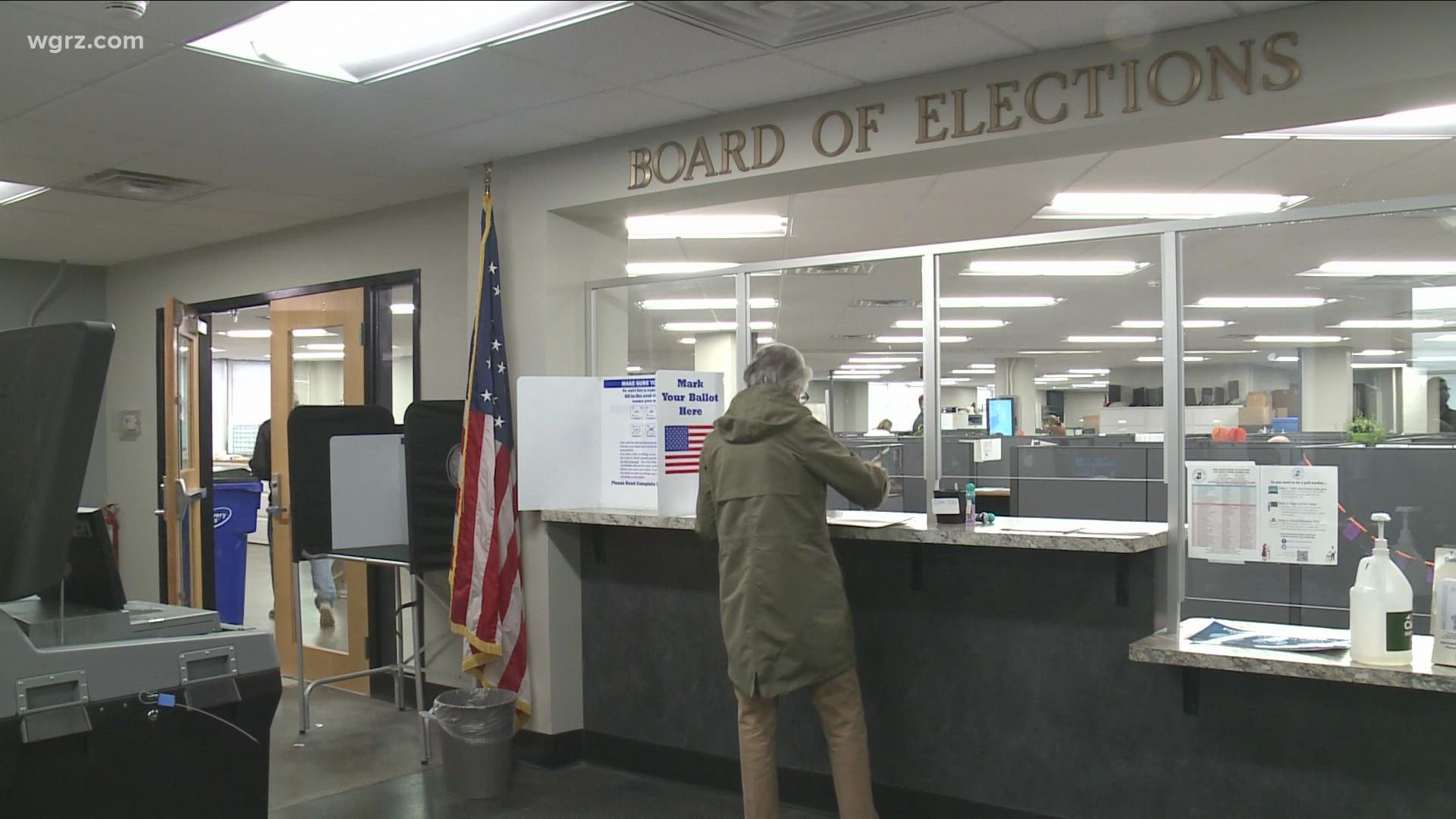 He added: "The people chose one of the greatest comeback stories in our history."

With 97 percent of the precincts reporting Tuesday night, write-in candidates have nearly 33,900 votes, or 59 percent. The results do not say who received those write-in votes, but Brown has waged an aggressive write-in campaign since he lost the Democratic Party primary back in June.

The race for mayor of Buffalo has drawn a lot of attention locally and nationally.

Brown is competing against Walton and independent write-in candidate Ben Carlisle. Brown has served as Buffalo's mayor for the past 16 years. He's hoping to win a fifth term.

Walton outlined her plans after winning the primary in June. She says she wants the entire city to have the renaissance that has happened in downtown Buffalo.

“We are going to prioritize affordable housing, job training, and create opportunities for those who feel like they've been left out," she said.

The candidates gave it their all in the days leading up to election day.

"We know from our door-knocking and phone-calling that the momentum is on our side. More people in every single section of Buffalo want to vote for us," Brown said.

The Mayor used a stamp to "write down" his name last week when he voted at the Delavan-Grider Community Center.

Walton spent the evening before election day "talking to voters, encouraging and reassuring our volunteers and our campaign staff, spending some time with my family, and really just being grounded and centered and prepared for tomorrow."'