Brown finished with 38,338 votes to secure another term at City Hall. India Walton, the winner of June's Democratic primary, had 25,773 votes. 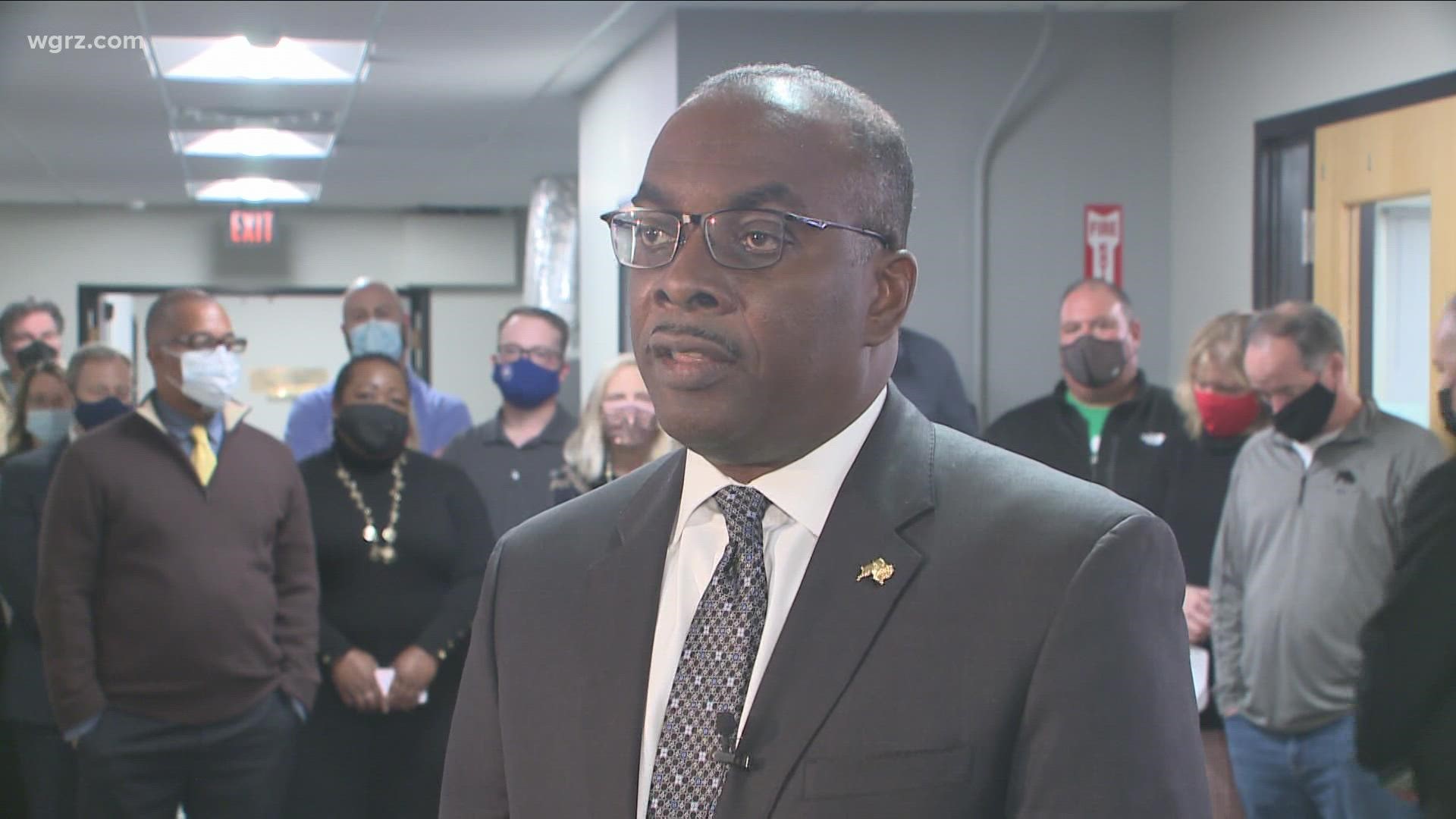 BUFFALO, N.Y. — The Erie County Board of Elections has declare Byron Brown the winner in the Buffalo mayor's race.

Brown finished with 38,338 votes to secure a fifth term at City Hall. India Walton, the winner of June's Democratic primary, had 25,773 votes.

"We know now that we have won an unprecedented, historic victory as a write-in candidate running for re-election as mayor of the City of Buffalo," Brown said, with supporters applauding behind him.

Brown needed just 26,000 of those write-ins to defeat India Walton's total from early voting and election night. Brown has gotten nearly all of those write-in votes so far, with more than 29,000 as of 5 p.m., according to the elections board.

Today, I respectfully accept the will of the voters.

I believe that there is healing required, and I remain committed to working to reduce poverty and using my platform to create the safe, healthy Buffalo we all need and deserve.

This election was not an end, but a beginning. The new ideas we articulated, the new energy we inspired, the new volunteers we trained, and the new relationships we built will only grow in the coming years.

This campaign planted many seeds. The blossoms are inevitable.