Compared to 2016, the number of absentee ballot requests in WNY are nearly 3x's 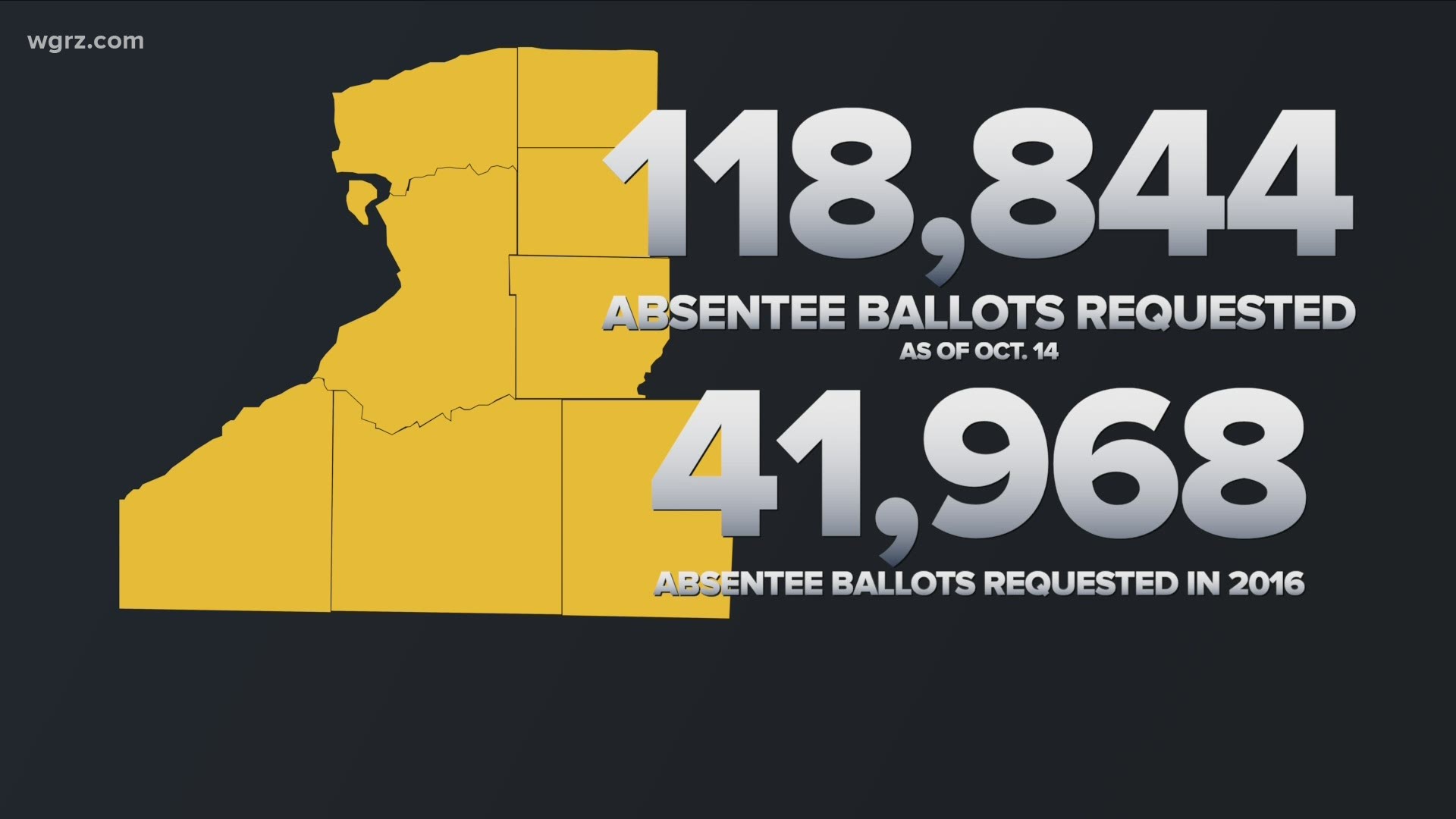 BUFFALO, N.Y. — Early voting in New York State begins on October 24, just over a week away. With so much interest in this election, it’s expected that there will be a larger turnout for early voting than what elections officials have seen in the past.

"We’re highly encouraging people to do that because that will take the stress off election day," said Brian Abram, Republican election commissioner in Chautauqua Co. "So more individuals are participating in early voting will lessen the responsibility and the push, if you will, on election day.

For a lot of voters, COVID-19 is a concern, which is another reason why Abram suggests early voting if you're able to.

"We’ll have to keep everybody safe both the poll workers and the voters that the process will be slower and there will be the need for some patients," Abram said. " I believe that we’ll be more than prepared to provide good, steady service to all the voters." 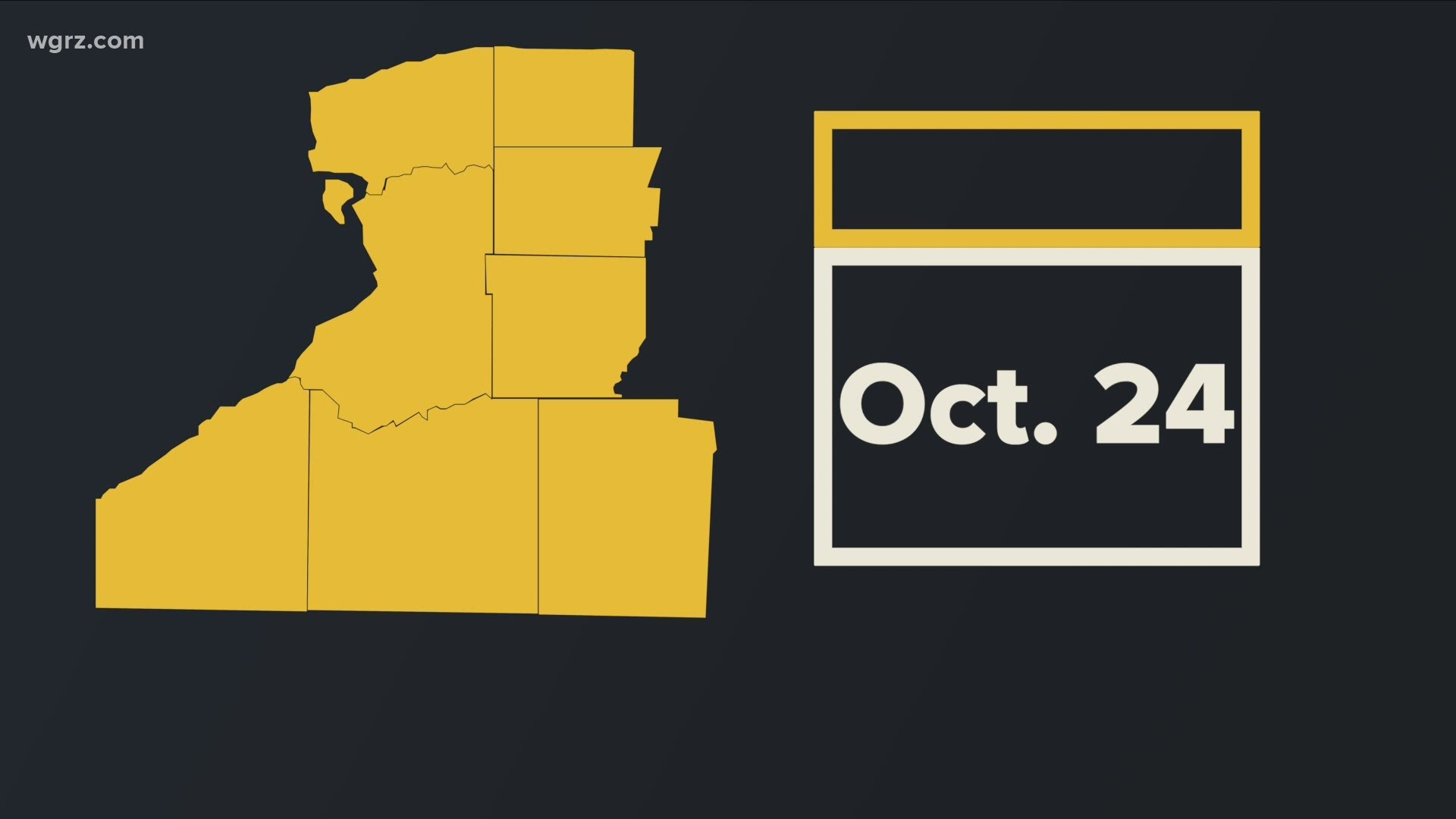 With the now always present concerns over COVID-19, and relaxed restrictions for requesting an absentee ballot, Western New Yorkers are requesting those ballots in a big way.

As of October 14, there have been 118,844 absentee ballot requests in the 8 counties of Western New York.

That number is significantly higher than the total number of ballots requested in 2016, which was 41,968.

Credit: WGRZ
Absentee ballot requests for all 8 counties of WNY as of 10/14/20

"Spreading out the voting process will help everybody and will allow the boards of elections to install the COVID-19 requirements," said Republican election commissioner for Chautauqua County Brian Abram.

Abram says based on the numbers of absentee ballots many people are likely requesting for the first time. Many of them are only now realizing that an absentee ballot isn’t counted until a week after the election.

" In New York State, we provide the entire state with all of our information and they run it through a supercomputer to evaluate to see if there’s more than one person or cross referencing to make sure that everybody has been getting one vote," Abram said. "So we all as a group 62 counties, basically wait at least until we get the reconciled numbers back to confirm that we don’t have any duplicate voters."

Abram said one week after that, which will be November 10, the board of elections will process the absentee ballots.

"The system works," Abram said. "We know that but it’s just different. And again, people are a little bit hesitant to change."

If you're looking for your nearest early voting location, which begins on October 24, you can select your county below for all the early voting details.