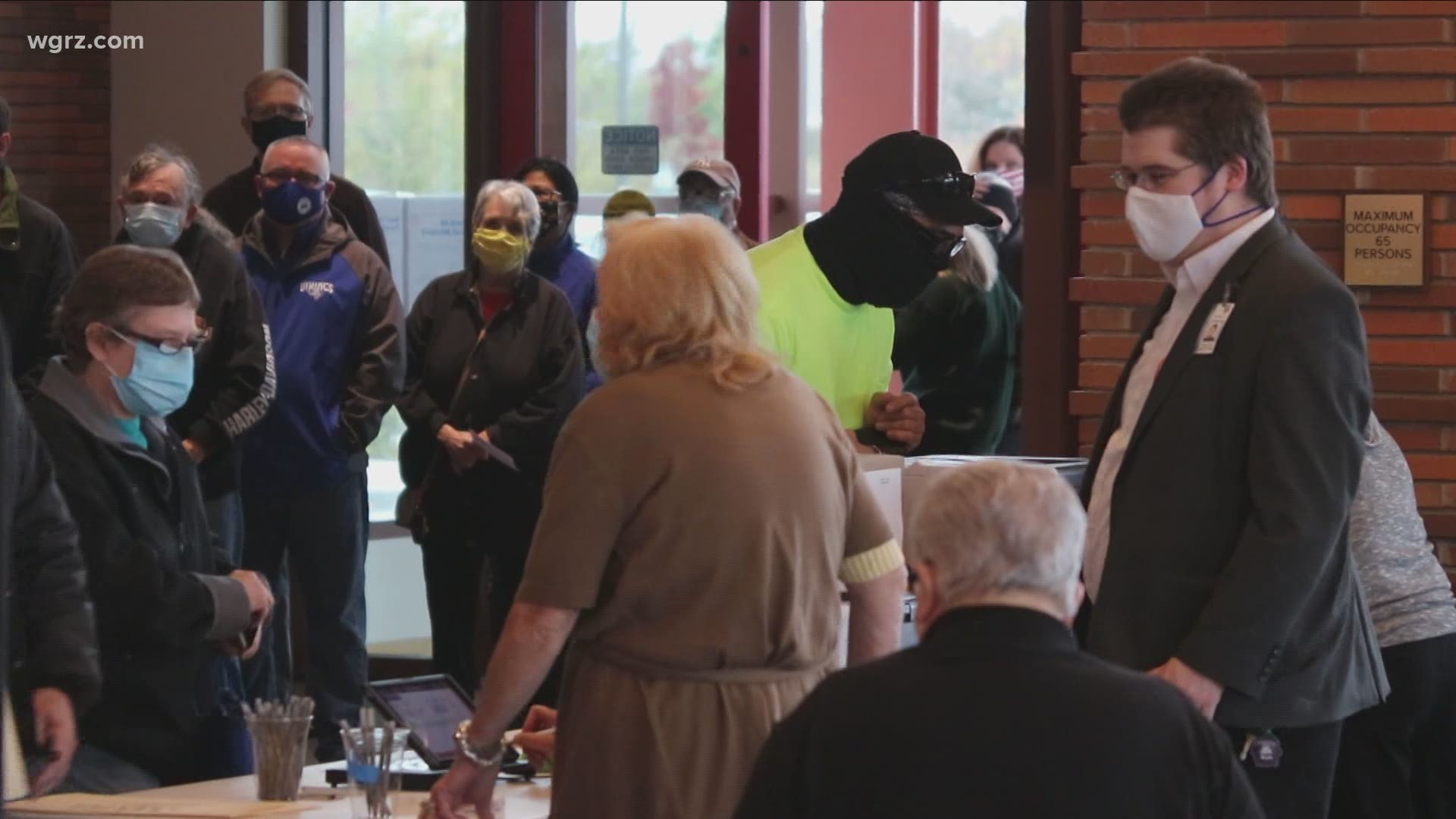 BUFFALO, N.Y. — More than 28,000 people have taken advantage of the early voting period in Erie County, according to the county board election commissioners.

Jeremy Zellner, a commissioner for the Erie County Board of Elections, told 2 On Your Side that the turnout on Saturday was outstanding.

"They seemed like they wanted to make their voice heard in a big way and do it quick. We had people lined up very early in the morning, way before the polls even opened to get their voice heard. There just seems to be a lot of excitement out there for election 2020," Zellner said.

Early Sunday, commissioner Ralph Mohr said the second day was just about the same, and the numbers released later that evening showed it.

Around 15-thousand Erie County voters cast their ballots today on the first day of early voting. Erie County Board of Elections Commissioner Jeremy Zellner says it was an 'outstanding turnout.'

Early voting continues tomorrow from noon-6pm and through the week from noon-9pm. pic.twitter.com/uf48cHx3hK