The Erie County Board of Elections said another 13,558 ballots were cast on Saturday. Sunday is the last day for early voting. 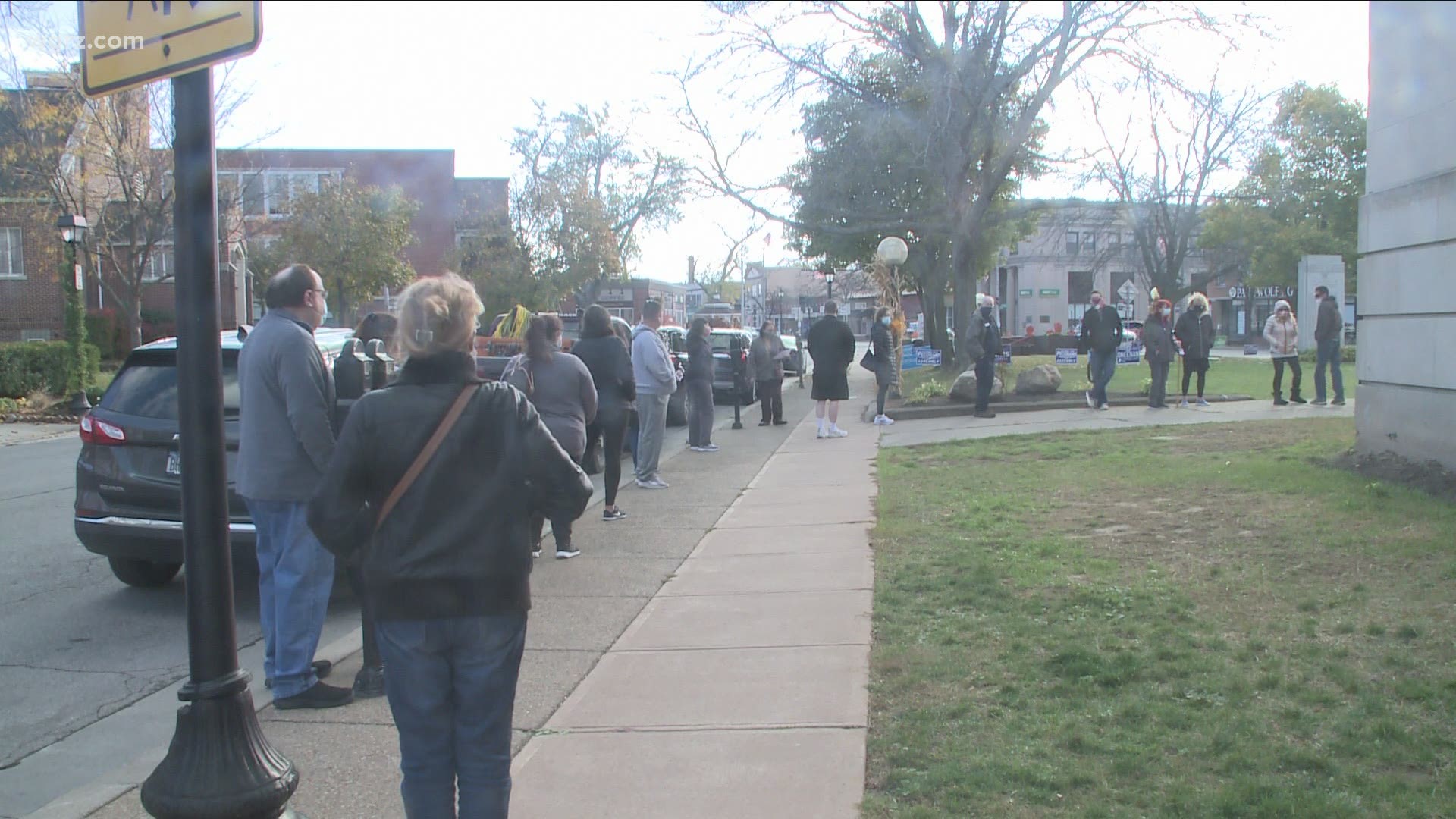 BUFFALO, N.Y. — With election day almost here, more than 13,000 voters made sure that they cast their ballots early in Erie County on Saturday.

The Erie County Board of Elections said in a statement that 13,558 ballots were added on Saturday. Overall, 151,345 ballots have been cast during the early voting period with one more day to go.

According to the election commissioners, 24% of Erie County’s nearly 630,000 registered voters have turned out at the polls during this period.

Sunday is the last day for early voting, and the 37 locations will be open from noon until 6 p.m.

Polls are now closed for the day, but Erie County Executive Mark Poloncarz said there long lines were reported Saturday in Amherst, Hamburg and the Town of Tonawanda.

If you would like to cast your ballot early and avoid a wait, Poloncarz recommended the polling sites in the City of Tonwanada, Lackawanna, or the locations in Clarence and Eden.

.@ErieCountyBOE reports 8,000 have voted today and lines at Amherst, Town of Tonawanda and Hamburg sites. If you are thinking of going to one of those sites go elsewhere, like Cities of Tonawanda and Lackawanna, and Towns of Clarence and Eden. #VoteEarly #ErieNYVotes#ErieVotes pic.twitter.com/1aH20fm4qA

He said between mail-in ballots and early voting, about 30 percent of the voters in Erie County have already taken part in the election.

However, there could be a lot more to go.

"I've seen some turnouts in presidential elections exceeding 80 percent. I certainly believe that this year's election is going to exceed 80 percent, and it may be one of the highest or the highest that we've seen in modern times," Mohr told 2 On Your Side.

Still, if you choose to vote on election day, Mohr doesn't anticipate any long lines.