Election 2020 shaping up as 'the remote vote' campaign 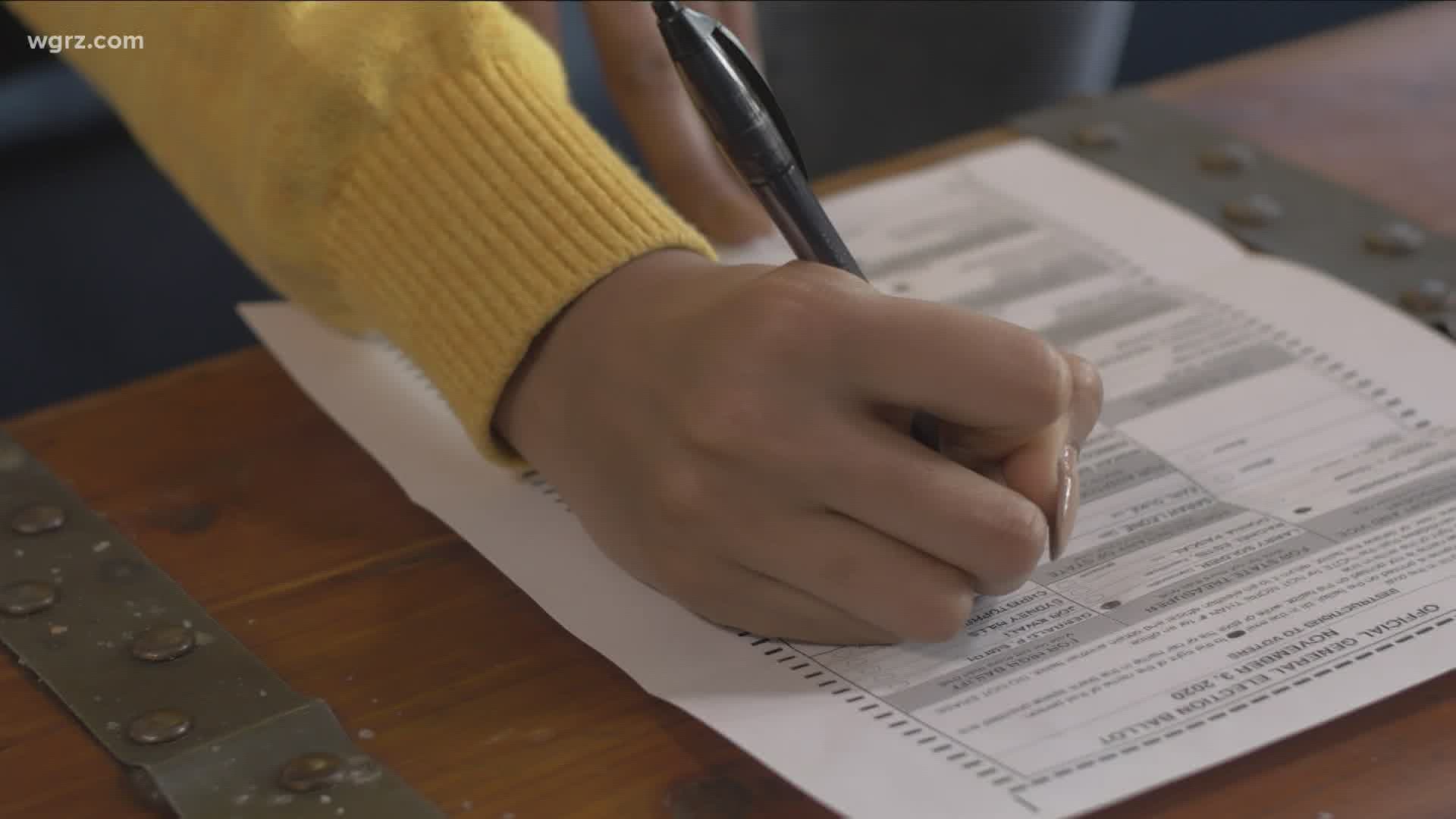 BUFFALO, N.Y. — It’s August and already the process to vote is well underway in Erie County.

On the day 2 On Your Side visited, staffers at the Erie County Board of Elections offices were opening up absentee ballot requests for the November election.

Given that there are almost 610,000 registered voters in Erie County, it seems certain that tens of thousands of absentee ballots will be cast with the possibility the number could rise into the hundreds of thousands.

Now, most New Yorkers likely have little or no experience with absentee voting. State law makes it difficult to get an absentee ballot unless a person is sick, out of state or jailed.

But Governor Andrew Cuomo used his emergency authority and later signed legislation making the virus a valid reason to obtain an absentee ballot.

The process of getting an absentee ballot starts for New Yorkers with submitting an application to their county board of elections. In Erie County, that is as easy as logging on to elections.erie.gov.

On the Erie County Board of Elections website there is a portal where voters can quickly complete a request. 2 On Your Side tried it and successfully submitted an absentee ballot application in just 90-seconds.

Early bird absentee requesters will have to wait a bit to get their 2020 ballot. The State Board of Elections will not certify (or finalize) the state ballot until September 10. Ballots will get mailed out shortly after certification.

A major factor in the absentee voting process is the U.S. Postal Service. The agency has been heavily criticized after reports of mail sorting machines being dismantled around the county. The action is seen as a way of slowing down the flow of absentee ballots to election offices where they are counted.

“I’m very concerned that the process has had a monkey wrench thrown in it," Zellner said.

Using the postal service is the most common way voters send in their ballots, but there are other options in Erie County.

At anytime through Election Day, voters can drop off absentee ballots in-person at the board of elections office on West Eagle Street in Buffalo.

During early voting from October 24 through November 1, absentees can be turned in at any one of the 37 early voting sites. (At the time this story was posted, the location of all the sites had not been finalized)

And on Election Day, voters can hand in absentee ballots at any polling place in Erie County.

Also, with the large number of absentee votes anticipated, people should start getting comfortable with not knowing the outcome because absentees are not counted until an election is over.

“You’re not going to get a final tally on Election Night,” said Mohr.