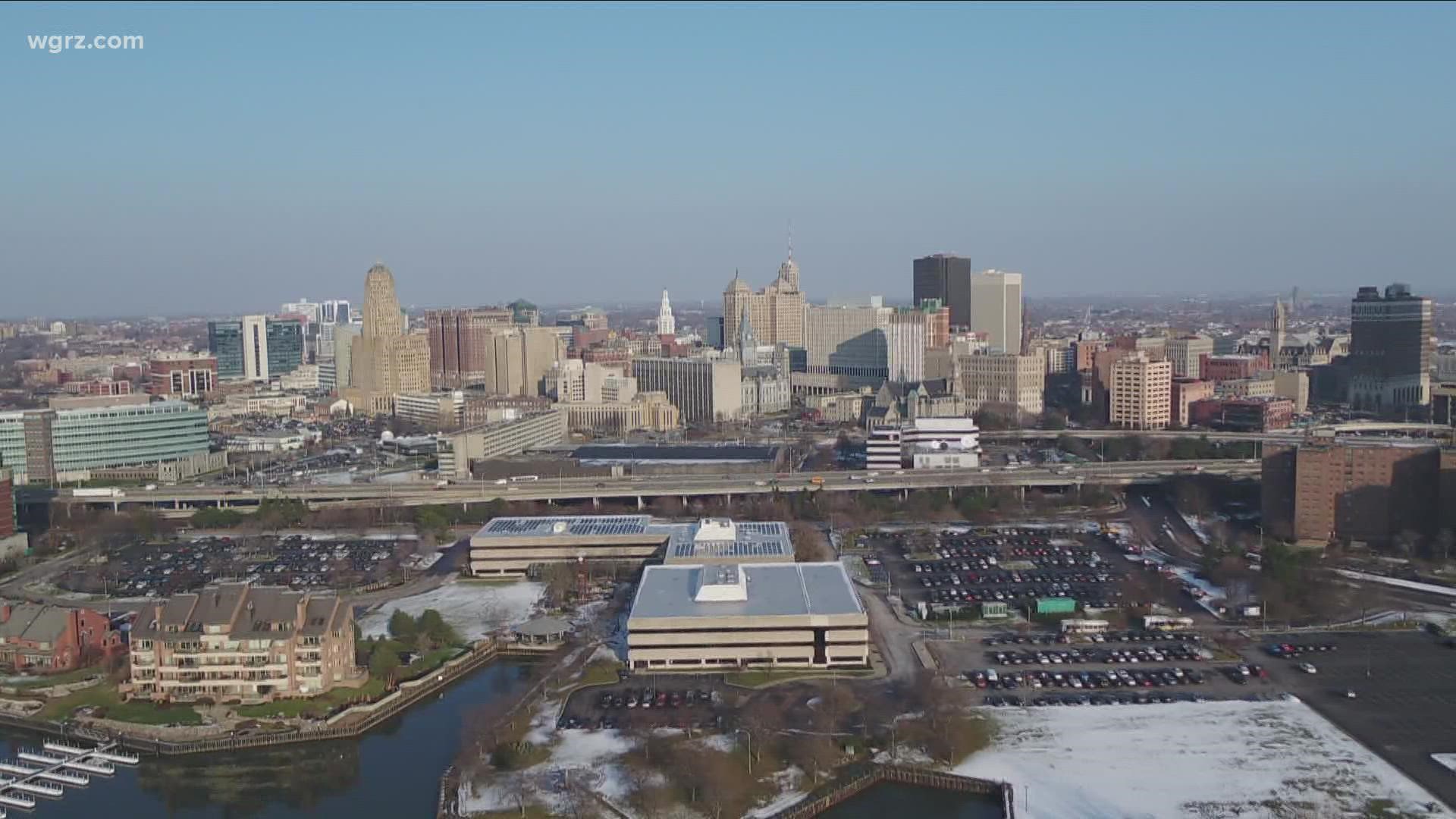 BUFFALO, N.Y. — New York is going from 27 U.S. congressional districts down to 26 next year because of a population loss in the U.S. Census and the commission tasked with drawing up maps released two different ones Wednesday.

The New York Independent Redistricting Commission released both maps as potential plans for the new district lines because the 10 commissioners, half of whom were appointed by Republicans and half by Democrats, couldn't agree on one.

"Although we're here today, and we will be advancing a product today I can't help but be disappointed and regret the fact that we were not able at the commission to actually put a single product together," said Commission Vice-Chair Jack Martins.

Both maps would give Buffalo and its suburbs their own district.

One map would create one district for the rest of Western New York. The other would split it into three, with one running across the entire Southern Tier from Jamestown to Binghamton, and the other from Niagara Falls through the Finger Lakes to Ithaca.

Experts say the fact that there's no agreement means it's likely Democrats in the New York State Legislature will eventually end up drawing the new districts.

"I wish I had a crystal ball but if I did my prediction is it will ultimately be left to the legislature," responded Assemblyman Angelo Morinello (R) 145th District.

That isn't a done deal however and prior to any decision being made by state lawmakers, the commission is holding 14 public hearings to try and come to a consensus.

The meeting for the Buffalo area is set for Wednesday, October 20 at 4 p.m. at SUNY Buffalo State's Burchfield Penney Art Center.

"If you feel a map does not reflect your community or diminishes your ability to be heard tell us that," said Commission Chair David Imamura.

The same statemate however also meant two district maps for both the New York State Senate and Assembly were also released. The so-called "letters" versions from the Democratic commissioners and the "names" version from the Republican members.

"The appointments were a political process there's no denying that I think this is one of those situations where it was the lesser of two evils if you will," said State Senator George Borrello (R) 57th District.

Back in 2014, a majority of voters approved Proposition 1, altering the state constitution to create the New York Independent Redistricting Commission. The hope was such a body would help avoid the historic tug of war that has been partisan gerrymandering.